Like other renewable energy resources, wind energy is taking off. 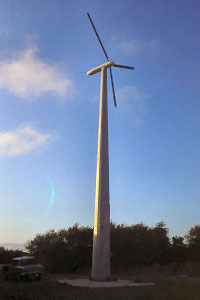 The second quarter of 2011 saw more than 1,003 megawatts of wind power capacity installed, and the wind industry has contributed upwards of 35 percent of all new generating capacity during the past four years, second only to natural gas, according to the America Wind Energy Association (AWEA).

Overall, the U.S. wind market accounts for around 20 percent of the world’s installed wind-generating capacity.

All of that wind power has meant jobs for American workers — around 85,000 of them currently, says AWEA, in areas such as engineering, manufacturing, project development, operations, maintenance, transportation and logistics.

The U.S. Bureau of Labor Statistics just started tracking jobs in green industries, including wind, last year, and the tracking is a work in progress. The agency released its “Careers in Wind Energy” report in 2010, and it continues to study other green jobs as well.

“It’s hard to count green jobs, because we only recently came up with the definition,” explained James Hamilton, an economist with the Bureau of Labor Statistics.

The BLS’ definition of green jobs is made up of two components: jobs in businesses that produce goods or provide services that benefit the environment or conserve natural resources; and jobs in which workers’ duties involve making their establishment’s production processes more environmentally friendly or use fewer natural resources.

The BLS defined and began tracking these jobs, Hamilton told the E-Commerce Times, partly in response to governmental tax and other incentives supporting green industries.

“If we’re going to be investing money in green jobs, we want to know how they’re doing,” he said.

Wind energy, like other energy sources, depends fundamentally on the availability of the resource.

That means that in the U.S., the states with the strongest presence in the wind industry are those with the most consistent and strong winds — such as Texas, California and Iowa — but there are other regions and local markets that are holding their own.

The need for consistent wind has, in fact, led some companies to steer away from wind power and focus on other renewable energy options. Southern Ohio-based Third Sun Solar, for instance, started in 2000 by offering both solar and wind installations, but it gradually realized wind wasn’t a viable option in that area.

“For Ohio, there weren’t that many spots that were productive, so we started getting away from wind,” he told the E-Commerce Times. 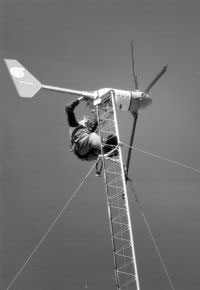 Even in typically strong wind climates, like California, certain microclimates are more conducive than others to the production of wind energy, based on the consistency and speed of winds. In fact, site analysis and selection is a vital part of setting up a wind farm.

Other variables that affect wind markets are the prevailing cost of electricity in the area and competition provided from other energy sources.

“Renewable energy of any kind is dependent on the resource and what they’re being paid for their electricity,” Paul Gipe, a renewable energy advocate and analyst, told the E-Commerce Times.

That comparative cost depends not only on the actual cost of energy production, but also on regulation and governmental subsidies and incentives that apply to both renewable and traditional energy sources.

“There’s no free market in energy,” argued Gipe. “There never has been. That’s why we have regulation.”

The fact is, the wind energy industry depends as much on political and economic winds as much as it does on actual ones.

“It decreased a little because of the recession,” said Hamilton. “It’s also a political question. A lot of this depends on politics and governmental support for renewable energy.”

In order to spur investment in the wind energy industry, there needs to be more of an emphasis on feed-in tariffs in the U.S., argued Gipe — what he calls “advanced renewable tariffs,” which are commonly used in European and other wind markets worldwide.

“We have to decide what we want to do as a nation and as a state,” said Gipe. “We need to decide what kind of energy policy and environmental policy we want. The policy that works worldwide to get the mix of renewable energy is clear: a system of feed-in tariffs.”

The wind industry is essentially built on turbines — those large, hulking, spinning windmills set up in wind farms on and off shore. Many of the jobs in the industry, in fact, are related to designing and manufacturing those turbines — the AWEA reports that more than 400 American manufacturing plants build wind components, including turbines, towers and blades. Any investment in wind power, therefore, is an investment in the manufacturing base of the country.

“We in North America have to develop energy to reinvigorate the manufacturing heart of America,” said Gipe. “We can reindustrialize the heartland of America by investing in renewable energy.”

Better Living – Anywhere on the Planet – Through Technology