After Blowout IPO, Is Snap a Keeper?

After debuting at US$17.00 on the New York Stock Exchange, Snap shares rose 44 percent to $24.48 on Thursday, well above analyst expectations, placing the company’s value at $28 billion.

The stock continued to trend upward on Friday, trading at $27.16 by mid-day.

The Snapchat app is used primarily to send photos and short videos to friends. It initially gained a reputation as a favored app for “sexting” among teenagers and young adults.

The app currently has 158 million average daily users, according to an amended S-1 document filed with the Securities and Exchange Commission, and more than 2.5 billion Snaps are created daily.

The company plans to use the proceeds of the IPO for general business purposes, including working capital, operating expenses and capital expenditures, according to the filing. A portion of the proceeds also may be used to buy a complimentary business, technology, product or service.

Snap reported $404.5 million in revenue for 2016, a six-fold increase from the $58.7 million it reported in the prior year. Average revenue per user rose to $1.05 per person, compared with 31 cents a year earlier.

Looking for a Spark

The IPO’s strong performance may say more about the public appetite for a hot technology stock than the long-term prospects for Snap as a company.

“Today’s Snap was always going to be a success on the first day due to the latent hunger for tech IPOs,” noted Tim Mulligan, senior analyst at Midia Research.

The tech sector is awash in cheap venture capital, and investors were inclined to ignore their concerns about corporate governance and take a shot at this company, he told the E-Commerce Times.

“The fact that Snapchat is a niche consumer platform with little room left for user growth as evidenced by its declining growth rates, means that its going to have to find increasing ways to monetize low spending and fickle youth demographics,” suggested Mulligan.

Snapchat is in position to benefit from strong revenue growth, due to relatively high CPMs and increasing ARPU, but it will face increasing costs as it moves from a relatively low-cost messaging app into a full-blown platform with video, warned Jack Kent, a director at IHS Markit.

Snapchat must be wary of competitors that operate on much bigger customer bases and have the ability to copy many of Snapchat’s innovative ideas and bring them to a wider audience, he told the E-Commerce Times.

One possible solution could be to focus on expansion into Asia and other emerging markets.

There is still concern that Snapchat may be little more than a passing fad with a big following among teens, but questionable staying power, said Michael Jude, a program manager at Stratecast/Frost & Sullivan.

“Since it is aimed at a younger demographic, it isn’t clear how much buying power it represents, thus impacting potential ad revenues,” he told the E-Commerce Times.

“This IPO has little in the way of economic fundamentals under it,” observed Rob Enderle, principal analyst at the Enderle Group.

It “thus should work as a Ponzi scheme, in that the last folks in before the stock corrects will likely lose a lot of money,” he told the E-Commerce Times.

“As long as people stay excited about this property, there is potential for profit,” Enderle said, but “in the end, this is a Twitter-like property with an ugly end to sustained valuation growth.” 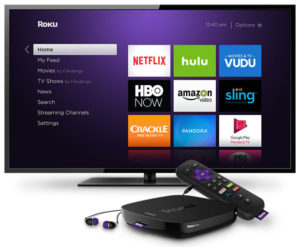 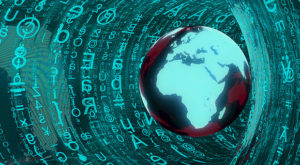