Yahoo earlier this week acknowledged that it has been experimenting with a neutralizing agent that can counteract ad-blocking software tools by closing off email access to browsers that use them.

“At Yahoo, we are continually developing and testing new product experiences,” the company said in a statement spokesperson Anne Yeh provided to the E-Commerce Times. “This is a test we’re running for a small number of Yahoo Mail users in the U.S.”

Holding email hostage might seem like an effective way to compel consumers to play ball and allow the ads that help keep free services going, suggested Justin Hamel, CEO of MastaMinds. However, if Yahoo expands its trials to affect its broad base of users, people just might leave in droves.

“Anybody resourceful enough to use an ad blocker is somebody smart enough to find a free email alternative,” Hamel told the E-Commerce Times.

Gmail likely would be the obvious choice, and an influx of disgruntled Yahoo users would solidify Google’s dominance on the Web, he noted.

There are more palatable options to encourage ad consumption than strong-arming your customers, according to Hamel.

“If I was Yahoo, I would just create out-of-the-box ideas for new types of ad formats,” he said. “People are blind to most standard ads anyway. This is the wild wild west right now. Innovate or fade away. This is like making the cool kids pay a cover charge at the club. It’s not going to end well.”

The subject of ad-blockers recently has heated up, with major players taking more of an interest in ways to thwart them.

“As you know, the Times’ digital subscription revenue stream means that we are less exposed than most publishers to the impact of ad blockers,” CEO Mark Thompson said during an earning call. “Nonetheless, let me make it clear that we oppose ad blocking.”

The New York Times Company has been exploring several options “including, but not limited to, technical solutions, to mitigate the impact of ad blockers should the threat increase,” he said.

The company has yet to reveal what those solutions might be.

Yahoo has tipped it hand as to the direction it might take.

“I understand both sides of the issue,” said Roger Entner, principal analyst for Recon Analytics.

“People are getting a lot of free content on the Internet, but that is paid for by advertising — and so people are blocking the, admittedly, very boring and intrusive ads, because they are getting annoyed,” he told the E-Commerce Times.

Still, without those annoying and intrusive ads, virtually no one would pay for the content. As a result, “we would have more paywalls,” said Entner.

“Ultimately, the solution would be have better advertising — but digital advertising has been the worst possible way to advertise for a long time,” he noted. “Now the chickens are coming home to roost.” 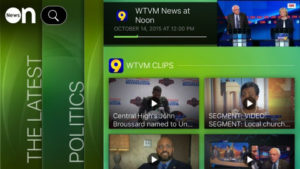