Toshiba shares fell 8 percent on Tuesday as the company took a US$6.3 billion writedown related to its struggling nuclear power business and delayed the release of its fiscal third-quarter earnings.

Shiga will remain an executive officer of the firm until the June shareholders meeting and will focus on resolving issues related to Westinghouse.

“For future projects, Westinghouse will seek out qualified companies for the construction scope of new plant projects, as we have done in the past, with Westinghouse offering engineering and procurement services,” Sarah Cassella, spokesperson for Westinghouse Electric Co., told the E-Commerce Times.

Regulators have approved Toshiba’s request to delay the submission of its fiscal third quarter earnings report, for the quarter ending December 31, until March 14, as the purchase price allocation process for Westinghouse’s acquisition of CB&I Stone & Webster was found to be inadequate.

Toshiba’s audit committee hired the law firm of Nishimura & Asahi, while Westinghouse hired the firm of K&L Gates to assist in the process.

Lawyers from both firms have been conducting interviews.

“With the energy group accounting for the largest portion of Toshiba’s revenues, this has a potential impact on all other segments, including electronic devices and components,” he told the E-Commerce Times.

Toshiba likely will have to sell or spin off other business units, McGregor said, noting that the company already is planning to shed its flash memory business.

“The problems at Toshiba could eventually lead to the breakup of the company completely,” he remarked.

“At this time, we are aware of the situation, but we have nothing to act on,” said Bill Edge, spokesperson for the Georgia Public Service Commission.

The commission expects Georgia Power to file its next construction monitoring report on the Vogtle plant by the end of February, he told the E-Commerce Times.

Hearings are held on the progress of the project every six months. 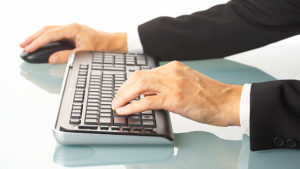