The Next Big Split in Wireless

The wireless and wire line telecom industry completely reinvents itself every few years, it seems, with radical changes either to handsets or networks. Right now, everything seems to be changing.

Seven years ago, the handset leaders were BlackBerry and Nokia. Today, those companies are struggling to stay on the charts.

Today’s handset leaders are Apple and Samsung for hardware, and Apple and Google for operating systems. These three companies have the vast majority of market share, although there are plenty of other brands trying to carve out a niche for themselves as well.

During the last several years, there has been a shift in the wireless industry’s network side as well.

Almost a decade ago, the shift toward smartphones began. Then AT&T Mobility struck a deal with Apple to be the first to offer the iPhone. That exclusive deal lasted several years, letting AT&T capture enormous growth.

Around that same time, Google introduced its Android phone on T-Mobile. The first year it flopped, but Google learned and got better year after year. Now it leads on the operating system side. Google still is not successful its own branded handsets, however.

When AT&T’s exclusive contract to distribute the iPhone ended, the industry buzz suggested the company would lose significant market share to other carriers like Verizon, Sprint and T-Mobile.

That never happened. It’s a feather in AT&T’s cap that it kept the vast majority of its customers and has been adding more year after year. In fact, its most recent earnings report shows it is still in growth mode.

During the latest quarter, churn rates — the rate at which customers leave one network and go to another — continued to be at historic lows. That’s also impressive.

Growth on the wireless data side also been rapid during the last several years. The number of apps used on smartphones has increased rapidly from a few hundred seven years ago, when BlackBerry ruled, to upwards of 2.5 million today, with Google and Apple leading.

So we have seen an enormous growth wave transform the wireless industry for networks, handset makers, app makers and so on. It has been a wild growth bonanza, and it’s continuing, although growth rates are slowing since many consumers already have smartphones.

AT&T and Verizon are the two largest and strongest wireless and wire line carriers in the industry today. They are pretty much equal in size and coverage, and both seem to have very happy customers.

Sprint and T-Mobile have had a tougher last seven years. However, during the last year or two, both have shown strong signs of reawakening and growth. If this continues, and there is no reason to think it won’t, both Sprint and T-Mobile will continue to get stronger in the marketplace.

Now Google is jumping into the wireless business on the network side as well, as an MVNO. We’ll have to wait and see what kind of dent it can make in the industry, if any. Its unveiling a few weeks ago was disappointing, to say the least. Let’s hope it gets better as time passes.

Where will future growth come from in the wire line and wireless industry?

Carriers like Sprint and T-Mobile will continue to improve their wireless networks and win more market share, quarter after quarter.

Smaller players like U.S. Cellular, C Spire, Tracfone, and others will continue to grow on the wireless side; however, their growth rates don’t seem as robust or their products as innovative as the market leaders.

Google wireless is a question mark.

AT&T and Verizon are where the real changes will come from. So far, it looks like AT&T is more aggressively changing toward a new growth model, but I can’t imagine that Verizon won’t eventually join in.

Wireless Will Split Into 2

I get the sense that the wireless industry will split into two parts.

Here’s an example: Wireless traditionally has been mostly a postpaid business. However, in recent years, prepaid has become a rapidly growing segment. Both AT&T Mobility and Verizon Wireless have prepaid offerings, but AT&T has turned up the heat by starting AIO Wireless, acquiring Cricket. This is a new, healthy and growing business.

AT&T and Verizon are interested in everything from wireless in Mexico, to acquiring DirecTV to offer satellite television in the U.S., to helping many other industries — like healthcare, retail, automotive and so on — transform using wireless.

In fact, for wireless companies in general, the automotive industry is an exciting opportunity. Companies can connect each new car to their wireless networks, letting customers do many new things. Customers can get a WiFi signal for riders in the car, get more detailed traffic and route guidance, as well as news, weather and other information.

On the wire line side of the business, there are also television services, like AT&T U-verse, Verizon FiOS and CenturyLink Prism. There are home automation and alarm systems, and so on.

There is much more, but you see my point. There are many growth opportunities for AT&T and Verizon, because they are both wire line and wireless companies.

I believe AT&T will have to focus on branding, since it is moving into other areas of business. The AT&T master brand is key at the top, while other brands have their place underneath.

Any way you slice it, the wireless and wire line industry is healthy, growing and changing. The industry looks very different today compared with 10 years ago — and it will look just as different 10 years from today. Stay tuned. 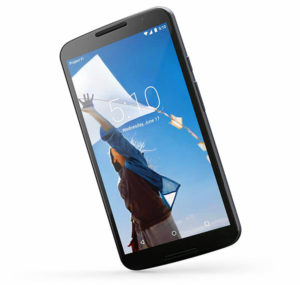