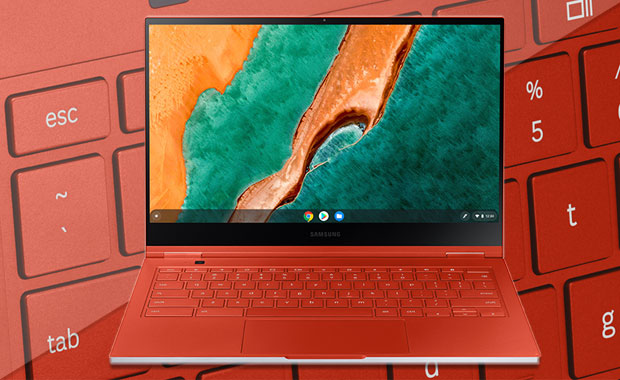 Samsung on Monday introduced a high-end Galaxy Chromebook at CES 2020 in Las Vegas. The new model could serve as an extension of the company’s smartphone lineup and spawn a premium device demand in the category.

Samsung aims to position it as the company’s flagship Chromebook to meet potential demand for a more useful and powerful multipurpose premium mobile device.

That could amount to little more than wishful thinking, suggested Charles King, principal analyst at Pund-IT. Demand for ultra powerful Chromebooks has yet to develop much traction.

“Every couple of years, some vendor rolls the dice in hopes that the healthy business for Chromebooks in education and other markets will result in demand for premium products,” he told TechNewsWorld. “So far, that has not panned out. See the modest commercial success of Google’s Pixelbooks for proof points.”

Samsung has used the “Galaxy” brand name for a variety of top-end and discount phone and tablet offerings. Marketing a pricey new Chromebook under the Galaxy umbrella might be a winning option to separate this computer from in an already-crowded field of cheaper Chromebooks.

This is an interesting move, noted Arle Lommel, senior analyst at CSA Research. Chromebooks long have suffered from a reputation as bargain-basement machines with lackluster performance.

“Google has been steadily pushing up the enterprise chain, and this seems to be an enterprise-level notebook, he told TechNewsWorld. “The marketing seems to be aimed at professionals who want a single machine for both work and personal use that has enough power for more than basic office use.”

Demand issues aside, Lommel said, the marketing suggests Samsung wants to create a new presence in a market segment Apple traditionally has dominated: hip urban professionals. “The inclusion of a 4K screen at this price point will be attractive to those who want to work with higher-res video.”

The Galaxy Chromebook is an ultra premium 2-in-1 laptop running Google’s Chrome OS. It ships with a durable aluminum body, the latest 10th Gen Intel Core i5 processor, and a 13.3-inch 4K UHD (3840 x 2160) touchscreen.

The Samsung Galaxy Chromebook will be available in the first quarter at a starting price of US$999. Expect to pay much more if you fully upgrade its RAM and storage.

Available in two colors — a brilliant Fiesta Red or more subdued Mercury Gray — it will ship in an unspecified number of variants with up to 16 GB of RAM and 1 TB of SSD storage. Standard configuration starts with 8 GB of RAM and a 256-GB SSD.

The premium 2-in-1 Chromebook combines sleek design and next-generation productivity features with a seamless user experience. Built from durable aluminum, the Galaxy Chromebook is made to withstand the everyday wear and tear of life on the move.

Samsung’s Galaxy Chromebook has a near-infinite screen and slim 0.15-inch bezel that offers true-to-life visuals for immersive gaming as well as sharp photo viewing and editing. It soon will gain an additional high-end feature other manufacturers will find hard to beat.

HDR400 will deliver high-contrast graphics, along with Ambient EQ capabilities for a viewing experience that is vivid while easy on the eyes to reduce eye strain. Samsung will add this feature later through a software update.

The Galaxy Chromebook sets a higher standard in mobile computing, redefining what a Chromebook can be, the company maintained. The new device offers users new ways to take advantage of a Chrome OS experience that is simple, fast and seamless.

“The notion that we do everything stationary at a desk is a thing of the past, and people need premium devices built for our new reality,” said Alanna Cotton, general manager of Samsung Electronics America. “By offering a seamless, premium user experience, Galaxy Chromebook helps you effortlessly switch between streaming, creative projects, word processing and more.”

The Galaxy Chromebook comes packed with productivity tools to rival what is available on mobile devices running other operating systems. For instance, the built-in pen lets you write, draw and navigate Galaxy Chromebook quickly and efficiently, much like the user experience with the Samsung Note smartphone.

The Galaxy Chromebook is co-engineered with Intel as part of the Project Athena innovation program. The Galaxy device passed rigorous testing to achieve the program’s experience targets and hardware specifications, according to Samsung. This ensures that the Galaxy Chromebook consistently delivers reliable responsiveness, instant wake and long battery life.

“For years, students have come to love Chrome OS in classrooms around the world — but today, Chromebooks are being used for so much more, by the younger generation and working-professionals alike,” said Kan Liu, senior director of product management at Google. “As we see the demand for premium Chromebook experiences rise, we are investing more and more with partners like Samsung to build the next generation of flagship Chromebook product innovations and offerings.”

The Galaxy Chromebook comes with support for Wi-Fi 6, fingerprint security verification, and a built-in stylus pen stored in the edge of the device. It also supports Google Assistant, rather than Samsung’s own Bixby virtual assistant software.

The new Chromebook is ready to work in conjunction with Samsung’s own smartphones as well as phones made by other manufacturers. For example, with instant tethering support the Galaxy Chromebook can connect automatically to a user’s mobile device to maintain connectivity where WiFi is not available.

Another example is click-to-call support, which lets users tap a hyperlinked phone number on their Chromebook to place a call on their Android phone.

It has an 8-megapixel webcam on the top left corner of the keyboard that functions as a rear camera when the device is held in tablet mode. A 1-megapixel camera above the screen is handy for conference calls.

Battery capacity tops off at 49.2Wh. The outer edges of the keyboard contain numerous ports for external connectivity, including two USB Type-C ports, a 3.5mm headphone/mic jack and a MicroSD/UFS combination port.

Given the Chromebook computer’s design around the Chrome OS operating system and its ability to run Android and Linux applications, models with this higher-level performance capability and higher price could attract more than just a niche base of users who opt for high-end performance.

However, without aggressive marketing, it is doubtful that will happen, observed Rob Enderle, principal analyst at the Enderle Group.

“Android apps are mostly designed for smartphones, and they don’t play well on larger screens. Nor are they designed for the larger form factor,” he told TechNewsWorld.

This edition of Chrome is reminiscent of the old OS/2 effort with a Windows compatibility layer, Enderle said.

Such dual-mode efforts historically have not done well, he noted, adding that Steve Jobs killed Apple’s similar effort before it was released.

Demand for personal and business Chromebooks could be growing, said Pund-IT’s King.

There is a generation of people in their 20s who grew up with Chromebooks in school and could see them as good options for complementing the smartphones they tend to use, he reasoned.

“Last September, Dell introduced a new Chromebook in its Latitude line that offers the kinds of services and support that businesses depend on. That could well increase demand for commercial Chromebook solutions,” noted King.

Samsung is betting on a substantial number of Chromebook customers who prize premium materials and video quality, he added. The continuing growth of streaming media and the advent of services like YouTube TV might help spark demand too.

The Galaxy Chromebook is one of the better high-end offerings, but Chromebooks have had trouble breaking out of the cheap Microsoft alternative education space, according to Enderle.

More players in a segment drives an increase in interest level, he pointed out.

“The combined marketing of all the firms could allow this premium effort to grow,” Enderle said, “but a product that is a premium cheap product — where the Chromebook image resides — is very difficult to sell.”

Samsung has learned that design matters. The Galaxy Chromebook is not just a boring gray box. The marketing really emphasizes it as a premium product in look and feel, noted CSA Research’s Lommel.

“The other selling point is the 4K screen. At an MSRP of $999, this is at the cheap end for that resolution,” he said. “Most of the competition with 4K displays — none of which are Chromebooks — is 50 to 100 percent more expensive.”

Samsung’s marketing really wants you to see this as an ecosystem machine. As Apple has done with the iPhone, the iPad, and the Mac, Samsung is trying to build a continuity of experience, said Lommell, so that you can pick up your phone or your computer and feel equally at home.

Chromebooks have grown up in recent years. They are really a much better option than when they were essentially netbooks, Lommel noted, but they still suffer from some reputational problems.

“The Samsung Galaxy Chromebook may be one of the next class of devices to change attitudes,” he said. “The press release is clearly chasing Apple features such as iCloud and continuity. I can see this having a lot of appeal for users of Samsung phones and the anti-Apple crowd out there who still want that sort of integration.”

The Chromebook’s cloud-based operating model mirrors what the vast majority of smart users are used to, agreed King. It is also capable of supporting mainstream applications and suites, such as Office 365.

“While the audience for Windows PCs and notebooks is still pretty solid, most of those same Windows users also own and work with devices that leverage other operating environments. Chrome is not the barrier that some thought it once was,” King said.

The Chromebook’s one big drawback is the lack of support for traditional software applications, King noted. If you need them, a Chromebook can be a tough fit.

Other drawbacks are tied to the operating system and brand image of a Chromebook. Plus, an AMOLED thin design probably means questionable battery life, according to Enderle. However, “the big issue is that folks don’t really think of a Chromebook as a premium offering.”