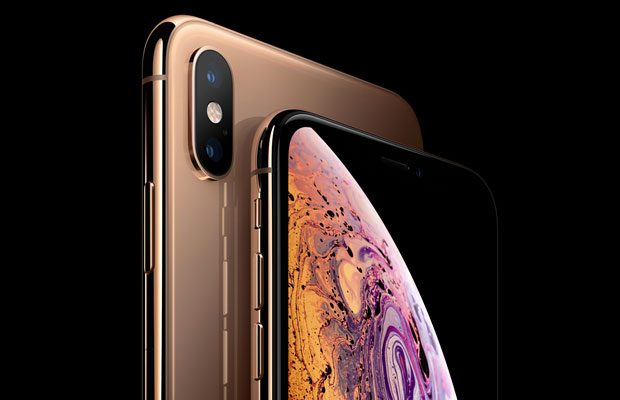 These could be the worst of times for high-end flagship smartphones.

Samsung maintained that its flagship phone lineup, which includes the Galaxy S10, has been selling well, but it acknowledged that sales were being cannibalized by its lower-priced models.

Meanwhile, Apple saw iPhone sales plummet, year over year — 15 percent during the holiday quarter of 2018, despite holidays typically being a hot time for smartphone sales. Wall Street analysts have predicted further drops for the first three months of 2019.

“At a time when innovation has been moving slowly, consumers can’t justify the spend for incremental change and are retreating to less expensive stuff,” he told TechNewsWorld.

“People should not be paying that,” he told TechNewsWorld. “They’re not getting the value for their money.”

Many consumers have hit the wall when it comes to what they’re willing to pay for a smartphone, observed Charles King, principal analyst at Pund-IT, a technology advisory firm in Hayward, California.

“It used to be that premium-priced flagship phones delivered substantial new features or design points that softened the sting of their much higher costs,” he told TechNewsWorld. “Incremental improvements don’t offer the same sort of pain relief.”

People are holding on to their phones longer, too, not only because they see their existing phone as good enough, but also because it’s taking them longer to pay for it, since they paid so much for it in the first place, noted St. Paul, Minn.-based Gerrit Schneemann, senior analyst at IHS Markit Technology.

What’s more, “in areas where the overall market is still growing strongly, high-end devices are beyond the reach of many new and existing smartphone users, further limiting the addressable market,” he told TechNewsWorld.

Flagship phones have less appeal now because they’re more about prestige than any significant differentiator, remarked Tuong Nguyen, senior principal analyst at Gartner, a research and advisory company based in Stamford, Connecticut.

For example, cameras used to be a key differentiator, but “now, many mid-tier phones have excellent cameras,” he told TechNewsWorld. “It’s at the point that it’s not worth it to the average consumer to replace an existing phone for one with an even a better camera.”

“Reports that Google plans to introduce a new lower-cost Pixel 3 handset suggest that the company is going where customers want to be,” he noted. “I expect other handset makers to follow a similar path.”

Those reports say the new “Pixel 3a” could appear as early as next month, when Google holds its annual I/O show for developers.”There’s going to be a shift from the top-tier guys to the middle-tier guys,” Tirias’ McGregor predicted.

“With the help of Qualcomm and others, high-end phone features are being added to the mid-range phones,” he continued. “If these top OEMs keep going after these really expensive phones, they’re going to continue to lose market share.”

Mid-range and low-end phones fit into emerging markets and the economic situation of users there, IHS’ Schneemann noted.

“Whether in Southeast Asia, India or Latin America, mid-range and low-end devices are affordable options for more users,” he said.

“Apple’s struggle in India is a reflection of the reality that most Indian users cannot afford to buy an iPhone,” Schneemann added.

Even a mid-range phone may be a tough sell in the future.

“As we approach saturation, the smartphone market will become a replacement market,” he told TechNewsWorld.

“We’re going to see a decline, and the high-end smartphones will stabilize at a new level,” Gillett explained.

“There’s still going to be a bunch of people who want big screen, high-end smartphones,” he continued, “but it means they’re going to keep them longer, and the market of buyers will no longer be expanding.”

5G to the Rescue?

A wild card for future sales of flagship phones could be 5G technology, which promises faster data speeds. Those sales will not be immediate, though.

“Even though the rollout of 5G will be quicker than 4G, it will take some time for subscribers to get access to it at scale,” Schneeman explained.

“In the U.S., Verizon’s rollouts are geographically limited,” he said.

“There is also still no killer application which would not only move existing premium smartphone users to upgrade quicker, but also move those subscribers with cheaper handsets to move into the premium price range,” Schneeman added.

“I think 5G will have a significant impact,” he said, “once handsets in more than one pricing tier are available.”

Media and services that take advantage of 5G will roll out a lot slower than expected, King predicted.

“It’d be a mistake to believe that 5G alone will somehow pull the smartphone market out of its current malaise,” he said.

“No one is going to get rid of their phones because of 5G,” contended Forrester’s Gillett.

Moreover, the interesting 5G features are going to be limited to dense urban areas and it’s going to cost more to use it, he pointed out.

“Because it’s more expensive, people will just wait until they get their next phone to get 5G,” Gillett said. “That won’t fuel any growth.”

Advocates of 5G may have a problem selling the technology to consumers.

“Joe and Jane consumer have no idea what 5G means, nor do they care — at least not right now,” IDC’s Llamas said.

“Is 5G going to save smartphones?” he asked. “I don’t think so. If it is, it’s going to take a long time to happen, and a lot of consumer education.”