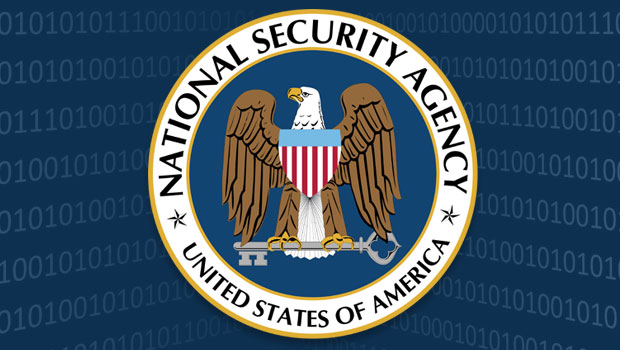 The unauthorized collections occurred just four months after the agency announced it was deleting more than 620 million call detail records acquired since 2015 under Title V of the Foreign Intelligence Surveillance Act.

The NSA relied on the improperly collected information from the February 2018 violation to seek approval from the Foreign Intelligence Surveillance Court to spy on individuals, the ACLU said.

The NSA later informed the court of the error, the ACLU noted, but there’s no indication whether anyone was spied on unlawfully as a result, or whether the agency notified people improperly spied upon as required.

In October, the NSA again discovered it had obtained private information about Americans’ phone calls in violation of Section 215 of the Patriot Act.

The agency stopped receiving data from the carrier involved but resumed accepting data after the carrier indicated it had resolved the problem, according to the ACLU.

The ACLU obtained the redacted documents by filing a Freedom of Information Act lawsuit against the Office of the Director of National Intelligence in December.

“We’ve learned that the NSA has been entirely unsuccessful in working within these limits, leading to the continued collection of hundreds of millions of phone records, including many it was not entitled to under the law,” Crocker told TechNewsWorld.

The NSA blamed the renewed spying on carriers’ mistakes, stating that technical irregularities led it to receive call detail records it was not authorized to obtain.

“Broadly it seems to be the result of at least one carrier overproducing the amount of user data it is meant to give the agency, but within the system designed by the NSA, so the fault is on both sides,” she told TechNewsWorld.

“While it is entirely possible there could be a sinister reason behind it, we’ve seen time and time again the nature of bureaucratic inefficiencies when dealing with large agencies,” said Heidari Power Law Group attorney Yasha Heidari.

“Otherwise, I would expect a more evasive response — and indeed, I would not believe we would even be hearing about this issue,” he told TechNewsWorld.

Blame It on Technology

“Presented with a request for a particular population of numbers and associated dial information, you’re going to capture a lot of extra stuff,” said Michael Jude, program manager at Stratecast/Frost & Sullivan.

“Metadata is leaky,” he told TechNewsWorld. “Even criminals and enemy agents make calls to local pizza places, and you have all that information captured in the metadata. I don’t think technology is up to protecting people’s privacy and call patterns.”

The bigger question, Jude noted, is whether the NSA is using the data the way it should.

The NSA for years has fought calls for greater transparency on the grounds of national security.

It has not yet responded to a demand from six Democratic Party Senate Intelligence Committee members to release a public update on its mass phone data collection program, Free Press’ Fulton said.

A court this spring dismissed the Electronic Frontier Foundation’s lawsuit challenging the NSA’s surveillance of Americans — Jewel v. NSA — on national security grounds. The EFF filed an appeal with the Ninth Circuit Court of Appeals.

The NSA this spring also recommended dropping the phone surveillance program, according to reports, because its logistical and legal issues outweighed any intelligence benefits. It apparently has quietly killed the program since then.

The ACLU on Tuesday wrote the House Judiciary Committee urging it to end the NSA’s Section 215 call detail record authority and to investigate and make public additional information about the agency’s recent compliance violations.

The NSA may have replicated its collection of surveillance data under a different authority, ACLU Senior Legislative Counsel Neema Singh Giuliani speculated, and she urged Congress to prevent resurrection of the program.

She also suggested Congress do the following:

S. 936 has a mere 4 percent chance of being enacted, according to Skopos Labs.

“This bipartisan effort to end the NSA’s call detail record authority is a welcome sign and something that should be a no-brainer for Congress,” ACLU spokesperson Abdullah Hasan remarked.

“We agree with the senators that broader legislative reforms to the NSA’s surveillance authorities are needed,” he told TechNewsWorld, “including limiting large-scale collection of data, preventing discrimination and First Amendment violations, and enhancing transparency.”