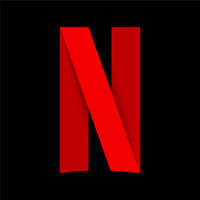 Netflix has decided to hike prices by US$1 to $2 for all 58 million of its subscribers in the United States, as well as customers in about 40 Latin American countries who are billed in U.S currency.

Customers in key international markets such as Mexico and Brazil reportedly will be exempt from the increases.

Netflix had nearly 79 million subscribers overseas at the end of September.

New subscribers will pay the higher rates immediately. Netflix will roll out the increases to existing customers over the next three months.

This is the fourth time that Netflix has raised prices for its U.S. subscribers.

Wall Street responded positively, as it did when Netflix imposed rate hikes in 2017 and 2018. Netflix share prices rose 5 percent in early trading after news of the increases broke, and closed about 6.5 percent up, at $354.64.

“Wall Street will cheer anything that improves, or [it] thinks will improve, Netflix’s profit margin,” said Michael Goodman, director, TV and media strategies, at Strategy Analytics.

There will be more than 1 billion subscriptions for streaming video on demand worldwide by 2023, almost double the 576 million racked up in 2018, Strategy Analytics predicted.

“If you saw the numbers on [the Netflix movie] Bird Box, 45.4 million viewers streamed the movie in the first week,” noted Ray Wang, principal analyst at Constellation Research.

“That’s bigger than most box office blockbusters,” he told the E-Commerce Times.

That 45.4 million figure came from Netflix — but the actual count might be even higher, as multiple people could have watched the movie simultaneously using the same account.

“According to a Forbes article, Netflix spent between $12 billion and $13 billion on content in 2018, of which 85 percent went to original movies and TV series,” Strategy Analytics’ Goodman told the E-Commerce Times. “The majority of this spend was financed through debt.”

Fighting Off the Competition

Netflix’s frantic spending on content is essential to stave off competition. Although Netflix is still the No. 1 SVOD service, Amazon and Hulu have been gaining ground.

Amazon includes SVOD with Prime membership; Hulu charges $8 a month for SVOD with ads, and $12 monthly for an ad-free service.

HBO Now and Starz round out the top five.

WarnerMedia will launch a beta three-tier SVOD service by year end; Disney will launch its Disney+ SVOD in September; and Apple is expected to launch its own SVOD in or around March.

“To date, consumers have had a limited number of streaming video on demand options to choose from, which has somewhat insulated Netflix, but, with new services coming from Disney and WarnerMedia, the competition is increasing,” Goodman pointed out.

Globally, Netflix’s main competition consists of “HBO, Amazon, and to a lesser degree, Starz,” Goodman noted. Netflix “has dozens of competitors on a regional basis, such as Maxdome in Germany, Stan in Australia, and influx in Southeast Asia.”

Netflix “should worry the most about Apple, Disney and Amazon,” Constellation’s Wang suggested. All three “are aggressively going after the trifecta required to win: content, network (distribution) and technology.”

Netflix has all three, while the others “have acquired or built two out of the three,” Wang said. “Most are struggling with the technology or the investment in content.”

HBO “is likely to be in trouble as it tries to build its on-demand audience without cannibalizing its cable subscriber base,” observed Rebecca Wettemann, VP of research at Nucleus Research.

Another reason Netflix has to pump up spending on content is that movie studios have been pulling their shows.

Gotta Have the Cash

“As Netflix faces increasing competition, as not just a content distributor but also a content creator, a price increase is not only reasonable but necessary for it to be sustainable,” Wettemann , told the E-Commerce times.

An increase of $1 to $2 is “unlikely to be a deal breaker for subscription renewals,” she said. “If we consider the cost of traditional services, [such as] cable TV, Netflix is a steal.”

Content is key, “so price shopping is a lesser concern than the ability to continue to deliver original content,” Wettemann maintained.

The Virtuous Cycle of Spend and Rate Hikes

Netflix will continue its cycle of increased spending on content and rate hikes for the foreseeable future, Chief Product Officer Greg Peters has said, in effect.

The company has earned the right to increase prices because it has been creating new features, he said in an earnings call last fall, noting that the money raised has been invested back into content and product.

That said, “there is a limit to the increases Netflix, or any premium channel, can pass on to consumers,” warned Strategy Analytics’ Goodman.

“At some point, if Netflix continues to raise prices, [its] cost will outweigh the value it provides,” he said. “Every product or service has to face this reality.”

Further, competitors will seize on its rate hikes as an opportunity to differentiate themselves on price, Goodman suggested. “This is a lot easier to do than to try to match Netflix spend on original content.”

In the short term, Netflix is still transitioning from a library composed primarily of third-party titles to one consisting primarily of original movies and TV series, Goodman noted. This will let it “generate licensing revenue over time to offset [content creation] costs, similar to HBO.”

Netflix will do “very well” for the next three years, Constellation’s Wang predicted. However, “adding more subscribers is the longer-term answer.” 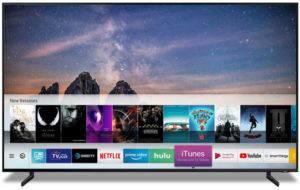 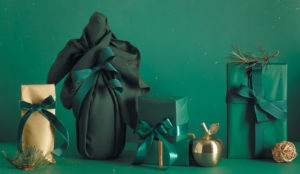