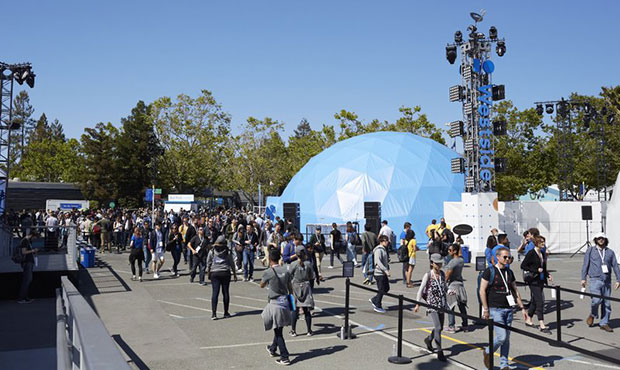 Google showed off its chops in artificial intelligence and machine learning, renewed its commitment to giving users greater control over their data, and introduced a new economically priced smartphone during a keynote presentation at its annual I/O conference held in Mountain View, California, on Tuesday.

“They were there to hammer home the point that when it comes to AI, they are ahead of their peers,” said Paul Erickson, a senior analyst at IHS Markit, a research, analysis, and advisory firm based in London.

“Whether it be translation for the disabled or some of the other things they showcased, they wanted to put a different face on what they’re doing with their AI outside the tech industry’s typical use cases,” he told TechNewsWorld.

During its presentation Google announced Live Caption, an addition to its Live Transcribe app, which is designed for the hearing impaired. It transcribes phone calls in real time. Live Caption will display captions for the speech content in any app with little or no lag, because it runs entirely on the device it’s installed on.

Google also profiled Project Euphonia, which provides translations for the speech-impaired. When the person speaks, the translator will display speech as conventional text.

Google also focused on privacy and user control of data during its keynote.

“Privacy is a strategic and competitive necessity for them,” Erickson said. “There’s much more scrutiny now about what’s being done with user data. That scrutiny is not only coming from government, but from buyers.”

Apple has used privacy to its competitive advantage in the consumer, government and enterprise markets, he noted.

“If Google wants to navigate in this political and social mood that is more concerned with privacy, it has to be more proactive in functionally protecting privacy and giving users greater control over their data,” Erickson suggested.

Google’s presentation shows it’s continuing to push toward giving people more control over the information collected about them, noted Stephen Baker, an analyst with the NPD Group, a market research firm based in Port Washington, New York.

“They’re pushing hard to create an ecosystem where people have management tools to understand what’s happening with their data and fix what they don’t like,” he told TechNewsWorld.

During Google’s keynote, CEO Sundar Pichai noted that privacy and security is for everyone, not just a few.

“This is why powerful privacy features and controls have always been built into Google services,” he said.

The company launched Incognito Mode in Chrome more than a decade ago and has added Google Takeout, which is an easy way to export data from a Google account, Pichai pointed out.

In addition, there are almost 50 security and privacy features in the latest version of Android, said Stephanie Cuthbertson, Google’s senior director for Android, during the keynote.

One of those features keeps users aware of the apps using their phone’s location services.

Google also announced two new Pixel smartphone models, the 3A and 3A XL. The US$399 3A and $479 XL are targeted at consumers tired of ever-rising prices for a quality smartphone.

“There’s been a really troubling trend in the smartphone industry,” said Rick Osterloh, Google’s senior vice president for hardware, during the keynote. “To support the latest technologies, everyone’s high-end phones are getting more and more expensive.”

The 3A and 3A XL are “designed to deliver premium features at a price people will love,” he added.

The phones, which will be available from all the major carriers, are offered in three colors: black, white and “purplish.”

The units have the same camera found in Google’s more expensive models.

Google says the battery life can be as long as 30 hours, and 15 minutes of charging can last seven hours.

The Pixel 3A, coupled with the advancements in Google Assistant announced at I/O, will put real pressure on Apple, maintained Rob Enderle, principal analyst at the Enderle Group, an advisory services firm in Bend, Oregon.

“The advancements to Google Assistant are massive,” he told TechNewsWorld.

“Having the ability to have a two-way conversation with Assistant, to know who you are, and to share data across devices is a generation in front of Apple’s Siri,” Enderle observed.

What’s more, “the Pixel phones are priced below Apple’s offerings and have capabilities well above Apple’s offerings. That’s not a great combination for Apple if it wants to capture new customers,” he added.

“When you start talking about devices that outperfrom and sell at about half the price, the wallet dictates where the user will move,” Enderle remarked.

Google also announced the expansion of a Google News feature called “full coverage” to general search. The feature creates context around news stories by displaying information from a wide variety of sources.

In addition, Google is going to start indexing podcasts — not only by title but by their content. Searchers will be given the option of listening to the podcast immediately or saving it for later listening.

During the keynote, Jeff Dean, Google’s AI lead, maintained the company was moving from one that helps people find answers to one that also helps them get things done.

“That’s a great tagline,” NPD’s Baker said. “It makes a lot of sense. They can’t be a search company forever. If they want to keep growing, they’ve got to expand their vision.”