Google is expanding the right of Europeans to be forgotten on the Internet to domains outside their countries, according to news reports Thursday.

Searches made from European IP addresses for people whom Google has granted what’s known as the “right to be forgotten” will turn up zero links, regardless of which version of Google the search is directed at.

Previously, links from such searches were blocked only from European versions of Google, so a European user could go to a site likegoogle.com, perform a search for someone with right-to-be-forgotten privileges, and see results they couldn’t see if they had performed the same search fromgoogle.de orgoogle.fr.

Users with IP addresses outside Europe will continue to see unedited results when their searches include right-to-be-forgotten links.

The European Court of Justiceordered Google to honor right-to-be-forgotten requests in 2014.

It remains to be seen whether Google’s move will satisfy European regulators.

“It seems to be right in line with their demands,” French Caldwell, chief evangelist atMetricStream and a former Gartner Fellow, told the E-Commerce Times.

“They’ve been asking Google to take this step for quite some time, so at least on its face, Google is moving closer to what the European regulators have been asking for,” he told the E-Commerce Times.

“As to whether it will satisfy them, I couldn’t say because it isn’t always clear what they see the endgame as being,” Holland added.

“It might satisfy some of them,” he told the E-Commerce Times. “British authorities, which weren’t enthusiastic about the right to be forgotten as it was, may be satisfied with it, but I doubt if some of the other European authorities are going to be satisfied.”

Getting Around the Rule

Why might they not be totally pleased with Google’s actions? For one thing, although European eyes won’t see right-to-be-forgotten links, the rest of the world can.

“If I’m in the U.S. and I go searching for you, I’ll still find you,” Christopher Budd, global threat communications manager atTrend Micro, told the E-Commerce Times.

Even Europeans can see the links with a minimum of effort.

“There’s a very easy workaround for people in Europe who want to see this information, which is to use a virtual private network, which will mask their IP address,” Toohey said.

For less-tech-savvy Europeans, right-to-be-forgotten links may be just another search engine away.

“Since EU citizens must petition each search engine separately, it’s possible to use other search engines to find the information,” MetricStream’s Caldwell said.

“That’s one of the bizarre characteristics of the ECJ’s decision to put the burden on the search engine company rather than at the source with the content owner,” he added. “The content is still out there on the Web, and the Web never forgets.”

While there are workarounds to finding right-to-be-forgotten links, Holland doesn’t think many searchers will take advantage of them.

“Can you get around it?” he asked. “Sure. Will the average Internet user be able to do so casually? Probably not.”

Balkanization of the Internet

The right to be forgotten may be another sign that the Internet is becoming Balkanized, a condition that eventually will impede the free flow of information.

“What I see generally happening is the desire of specific jurisdictions to impose their laws on search engines within their territory,” Morris, Polich & Purdy’s Toohey said.

“That is a general trend and one that those who believe in the Internet as a free form of communication across boundaries are distressed about,” he added.

Although it’s unlikely anything like the right to be forgotten will jump the pond and take root in the United States, some limited versions of it have appeared.

“We see interest in some version of it here and there. It tends to be content-specific. People want to remove from search results a specific category of information, such as mug shots or arrest records,” the Berkman Center’s Holland said.

“I have yet to see anyone looking for a sweeping categorical version of it in the U.S.,” he added, “perhaps because anybody savvy enough to have these conversations would know that would run up against the First Amendment immediately and be a nonstarter.”

‘Tis the Season for Online Predators 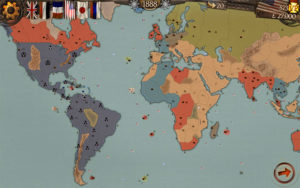