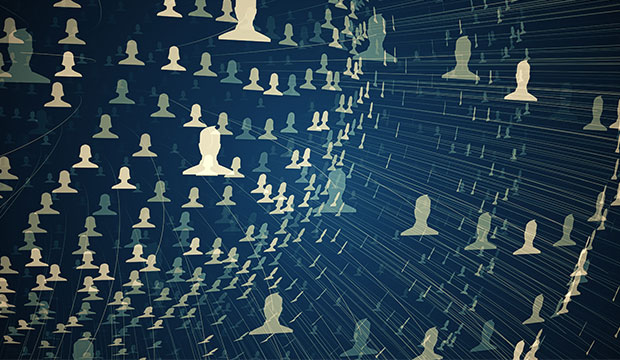 A demand for a massive amount of data from nine technology companies — including Facebook and Twitter — has been made by the Federal Trade Commission in what could be a prelude to regulation on the handling data by the industry.

The agency also wants to know how social media and video streaming companies process the data they collect and what kinds of inferences they are able to make about user attributes, interest and interactions.

In addition, the commission is gathering information on the companies’ business models and how they target children and families.

Data gathered from the demand will be used for a study that will “lift the hood on the social media and video streaming firms to carefully study their engines,” the commission said in a statement.

“Despite their central role in our daily lives, the decisions that prominent onlineplatforms make regarding consumers and consumer data remain shrouded in secrecy,” it noted. “Critical questions about business models, algorithms, and data collection and use have gone unanswered.”

“Policymakers and the public are in the dark about what social media and video streaming services do to capture and sell users’ data and attention,” it continued. “It is alarming that we still know so little about companies that know so much about us.”

Not all the members of the commission supported the data dump demand.

Commissioner Noah Joshua Phillips, in a dissenting opinion, called the move “an undisciplined foray into a wide variety of topics, some only tangentially related to the stated focus of this investigation.”

“The actions undertaken today trade a real opportunity to use scarce government resources to advance public understanding of consumer data privacy practices — critical to informing ongoing policy discussions in the United States and internationally — for the appearance of action on a litany of gripes with technology companies,” he maintained.

“The breadth of the inquiry, the tangential relationship of its parts, and the dissimilarity of the recipients combine to render these orders unlikely to produce the kind of information the public needs,” he continued, “and certain to divert scarce Commission resources better directed elsewhere.”

Julian Sanchez, a senior fellow with the Cato Institute, a public policy think tank in Washington, D.C. also questioned the wisdom of the FTC’s move.

“The breadth of the information requests — covering everything from data practices to advertising to business strategy — from nine somewhat arbitrarily chosen companies with quite different business models gives this the feel of something of a fishing expedition,” he told TechNewsWorld.

“Given that the FTC is primarily an enforcement agency, I don’t know if this sort of open-ended data dive is the best use of their limited manpower,” he continued.

“To my mind,” he added, “it would make more sense for Congress to take the lead in reviewing industry privacy practices for the purpose of informing federal privacy policy, and let FTC focus on investigating specific violations.”

While the FTC’s information demand is hefty and complex, it’s necessary, countered Michelle Richardson, director of the Privacy & Data Project at the Center for Democracy & Technology, an online civil liberties and human rights advocacy organization in Washington, D.C.

“You need a lot of information if you’re going to go ahead and either enforce against bad behavior or draft guidance for companies,” she told TechNewsWorld.

“This seems like a first step that will eventually lead to closer scrutiny of the companies in the interest of consumers,” she said.

“This can lead to a public-facing report that will inform consumers so they can make better choices,” she continued.

“It will allow the FTC to be smarter in its own choices about bringing cases,” she added, “and help it set a baseline of explicit questions to ask all companies.”

Performing these kinds of studies based on data gathered from the industries it regulates is part of the FTC’s job, maintained Rob Shavell, CEO and co-founder ofAbine, a Boston-based maker of software for managing passwords, masking email and blocking ads and trackers.

“It’s important to have this information so Congress can make decisions based on actual data, not company statements about their data, which can be misleading,” he told TechNewsWorld.

However, French Caldwell, CFO of The Analyst Syndicate, an IT research and analysis group, asserted that the commission appears to be interested in more than privacy in its demand for data.

“They’ve gone beyond what is necessary for their stated purposes,” he told TechNewsWorld. “The only reason I can see for that is that they’re looking at antitrust, not just privacy.”

“The biggest beneficiaries of the information gathered by the FTC are going to be regulators,” said Fred H. Cate, vice president for research at Indiana University.

“They’ll be able to understand more about what’s going on,” he told TechNewsWorld. “That will determine if they pursue other measures or if they’re satisfied with what they learn and stop there. In which case, consumers may not benefit much at all.”

“I also think it’s overblown that we, the public, would know what to do with information like this,” he added. “If every social media company is doing the same aggressive things with data, am I really going to abandon one when I don’t really have a choice of anywhere else to go to?”

Liz Miller, vice president and a principal analyst at Constellation Research, a technology research and advisory firm in Cupertino, Calif. maintained that the lack of focus of the study will reduce any potential benefits for consumers.

“Unlike previous FTC research initiatives — say, for example, advertising practices of cigarette companies and the impact these branding initiatives have had on influencing children to smoke — this current investigation doesn’t seem to have a specific outcome in mind other than to say social media and technology are bad,” she told TechNewsWorld.

“As someone who’s career has largely centered on research, I am all for true investigations into the impact of technology — in this case, social media on community,” she said, “but the scope of this study is arbitrary.”

Since most of the laws on the books governing technology are antiquated, Miller expects to see more investigations into the sector.

“My hope is,” she said, “that we see more informed legislation based on the realities of today and tomorrow’s consumption, development and business of digital rather than fear mongering over what those evil elites in big tech are doing to everyone.” 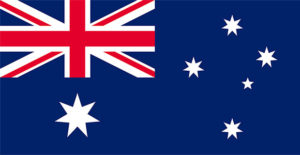