The company clearly has been struggling, having laid off 25 percent of its staff earlier this year, when CEO Eric Migicovsky acknowledged that money was tight.

“Fitbit is acquiring certain assets of Pebble, including key personnel and intellectual property specific to software and firmware development,” a Fitbit spokesperson said in a statement provided to TechNewsWorld by company rep Paula Conhain.

“The majority of Pebble employees in the software engineering function, as well select employees in other functions, will join Fitbit,” the spokesperson said.

Pebble’s technology and “deep industry expertise in platform development” will help speed Fitbit’s delivery of health and fitness features in its products and add to “the general purpose utility consumers value in a connected device,” Fitbit’s spokesperson said.

However, Pebble “set itself apart by offering excellent battery life, an uncluttered interface, a well-supported SDK, and a vibrant developer ecosystem with a complete vision of modular hardware,” he told TechNewsWorld.

The purchase will let Fitbit “better defend its turf against Apple and Android Wear,” Raskind suggested.

Fitbit paid US$40 million for Pebble and has offered jobs to about 40 percent of the company’s staff, according to a Bloomberg story.

The money reportedly will go toward repaying debt holders, vendors and some equity investors, as well as providing refunds for Time2 and Pebble Core watches ordered through Kickstarter. Pebble stock held by employees is worthless.

Pebble’s debts and obligations exceed $40 million, and Fitbit is not taking on that debt, Bloomberg reported. Pebble’s hardware and its other assets and inventory will be sold off separately.

Fitbit declined to confirm the size of the deal because the acquisition “is not material to financials,” the company’s spokesperson said.

Pebble’s hardware no longer will be sold or supported by either company, although owners of Pebble smartwatches can go to the Help forum or the community for help.

Active Pebble products that have been purchased will continue to work for now, Pebble said, but functionality or service quality may be reduced later.

Pebble won’t release regular software updates or new features, but it is working to reduce its devices’ reliance on cloud services to prolong their active life.

Warranty exchange is no longer available for Pebble devices.

“The No. 1 wearable player in the world will move to kill off Pebble’s existing hardware line, leaving an estimated 1.5 million existing Pebble users in the lurch for new features,” Raskind said.

Palm’s products and technology were well received, but HP nevertheless killed the line.

Pebble devices “were practical and functional and effective at what they did,” Collins told TechNewsWorld. “Take away the functionality and there remains little incentive for end users to continue using them.”

Reaching Out to Devs

Pebble has invited its developer community to work with Fitbit.

Some Pebble developers have suggested that the company release its firmware under an open source license, but it appears doubtful that will happen.

Developers “flock to where the action is,” noted Raskind, “so many will follow, if they’re not developing off-device for Fitbit already.” 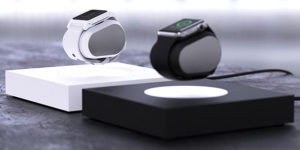