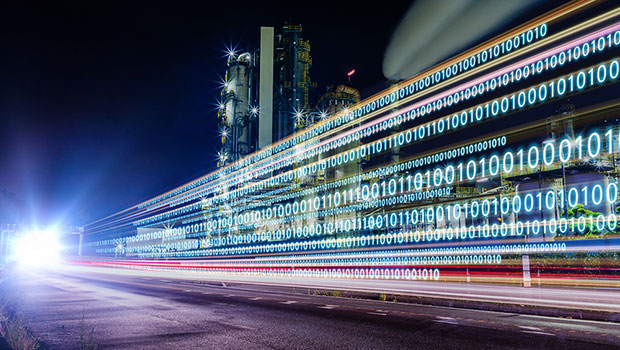 Increasing numbers of connected devices in the home and greater consumption of streaming media are driving consumer demand for faster broadband speeds. Recent years have brought dramatic changes to the market as providers introduced greater service speeds, bundles and pricing models in an attempt to address widespread consumer churn.

The service speed average among U.S. broadband households has increased steadily over the last four years. The most dramatic shift took place in the 100 Mbps — 999 Mbps tier, which almost doubled since midyear 2015 to become the most common tier (see chart below).

Growth came entirely from displacing speeds under 99 Mbps, driven by greater product availability, promotion and declining prices. Only 6 percent of U.S. broadband households currently have plans with speeds of 1 Gbps or higher. 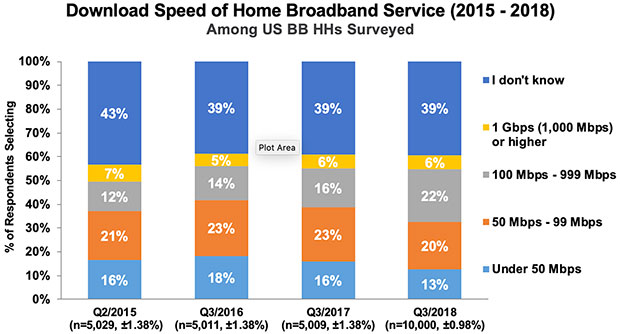 Many consumers are confused as to the speed of their current service. When asked, 39 percent of U.S. broadband households surveyed were unwilling to guess at their broadband speed, even when provided range bracket options. Consumers’ lack of awareness of their broadband speed is well documented and often cited by the industry as a challenge in upselling broadband services.

Lack of awareness of service speeds occurs for many reasons. Unlike their experiences with frequently purchased and clearly labeled products (e.g., octane ratings for gasoline purchases), consumers rarely encounter information about their broadband plans. Many consumers learn the details of their service plan only when they sign new service contracts (often every two years) or when they have a technical challenge.

Consumers who bought their service as part of a bundle may not have been aware of the speed, having been assured that it was sufficient or better for their requirements. Others may not have been part of the selection process or simply didn’t care to be informed of their speed.

Younger consumers and connected device owners are more likely to claim knowledge of their broadband speed than average subscribers. This is due primarily to greater broadband engagement levels, including encountering performance problems that cause them to seek out that information.

Broadband consumers are driven toward higher-speed plans by a combination of factors, including the following:

In the second half of 2016, almost 60 percent of U.S. broadband households were likely to upgrade. By the end of 2018, that number declined to 48 percent. Equally concerning to service providers is the increase in the number of households unlikely to upgrade, which increased from less than one-quarter to almost one-third of households during the same time period. Decreasing interest levels can be attributed to a lack of compelling use cases and the growing availability of services in the 100-999 Mbps range.

As previously noted, intent varies by demographic or user groups. For example, a strong correlation exists between intention to upgrade and the number of OTT services a household engages. Subscription to one OTT service almost doubles the high likelihood (six or greater on a scale of one to seven) of upgrading to 1 Gbps.

Intent increases with each additional OTT service subscription, with 47 percent of subscribers with three or more OTT services very likely to upgrade, while only 16 percent said they were not likely to do so.

An inference can be drawn that the more a consumer has “invested” in OTT services the greater perceived risk of broadband challenges negatively impacting the user experience. Providers could capitalize on this sentiment by partnering with OTT providers to bundle complementary services.

In the short term, these findings present a challenge for gigabit services. Over a longer period, the situation will improve as consumers continue to increase their bandwidth-heavy activities (such as virtual reality-enabled gaming) and households become increasingly reliant on connectivity in the home.

The Thorny Problem of 5G Security 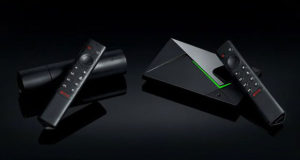