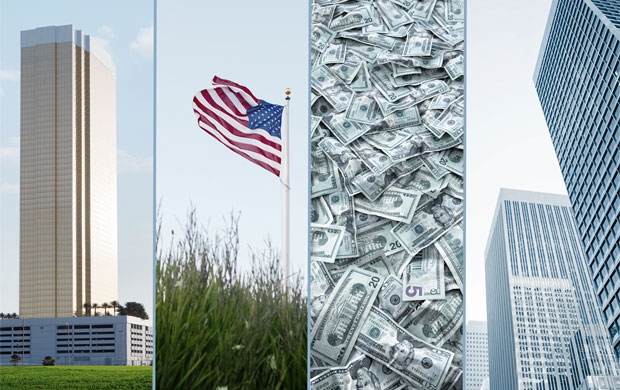 The U.S. government has launched two new programs designed to modernize and upgrade IT performance at federal agencies. Each program will involve significant participation of private sector providers as both advisors and contractors for IT equipment and services.

The first program involves the creation of a federal Information Technology Modernization Fund to facilitate investments in efficient and advanced IT operations. Congress finally approved an actual budget for the modernization fund in last month’s Consolidated Appropriations Act of 2018, otherwise known as the “Omnibus” budget act.

As a result, agencies will be able to tap into a US$100 million revolving fund to make initial investments in IT modernization.

The ITMF was authorized in the Modernizing Government Technology Act (MGT Act), which became law late last year after several versions of the funding plan had been proposed in Congress and by the Trump administration.

Since federal agencies spend more than 80 percent of their budgets simply to maintain existing — aka “legacy” — IT systems, there is not a lot left over for investments in modernization. The ITMF will allow agencies to access funds for IT upgrades and then return savings from such investments to the fund to provide a revolving resource for additional IT investments government-wide.

Not surprisingly, the technology sector expressed strong support for the program. Funding the MGT Act through the ITMF “is a critical step in protecting our nation’s IT systems from cyberattacks and ensuring the government is using state-of-the-art technologies to better serve our people,” said TechNet CEO Linda Moore. TechNet, an association of IT companies, has published open letters to congressional leaders in support of the program, most recently last month.

The program should enhance opportunities for private sector involvement in federal IT operations.

Projects undertaken through the ITMF should “ultimately be executed according to a strong project management approach that aligns to industry best practices and incorporates, to the greatest extent practicable, commercial technology solutions,” wrote Office of Management and Budget Director Mark Mulvaney in a memorandum sent to federal agencies earlier this year.

Agencies will apply for ITMF funding by submitting proposals to a seven-member board of federal IT managers, chaired by Federal Chief Information Officer Suzette Kent. However, financial support for the fund provided by the Omnibus budget act will be available only through fiscal 2018, ending on Sept. 30. The support level of $100 million was far less than the two-year funding allocation of $500 million envisioned by the Trump administration.

The initial 2018 funding level is a “good first step to get this IT modernization effort off the ground,” said Alex Burgos, TechNet’s vice president of federal policy and government relations.

“Going forward, this needs to be a sustained, multiyear commitment to fully fund and implement the law to achieve its ultimate goal of modernizing the federal government’s IT systems with more secure technologies,” he told the E-Commerce Times. “As we look ahead to the next appropriations bill due by Sept. 30, TechNet is urging Congress to provide the full funding necessary to ensure we are doing everything we can to modernize our federal government’s IT systems.”

The MGT Act also empowers agencies to set up their own internal working capital funds for investment in IT modernization.

Centers of Excellence Focus on IT Upgrades

The second program involves the creation of IT Modernization Centers of Excellence, or CoEs, which collectively will provide federal agencies with consulting and IT engineering services to make radical improvements in the way agencies design services and interact with their customers, according to the federal General Services Administration, which will manage the program.

GSA launched the program last month by selecting four providers of IT-related capabilities to implement the first phase in five specific IT categories. All of the initially selected providers will assist the U.S. Department of Agriculture in modernizing the department’s IT operations. USDA is serving as the pilot agency for implementing the program.

Each of the companies receiving a contract award in the first round of provider selection will concentrate on providing assistance to USDA in each of the five IT categories. Among the selected companies and area of concentration: SIE Consulting Group, for cloud adoption; McKinsey & Company, for IT infrastructure optimization; and Kaiser Associates, for contact center operations. One company, ICF, was selected to provide assistance in two areas: customer service and service delivery analytics.

GSA appointed a person outside the agency to implement the program.

GSA did not reveal the specific value of the contracts. However, ICF said that its two contracts have a combined multimillion dollar value with terms of up to three years.

For each CoE, the company initially will work with the USDA to assess the current landscape and develop a road map for implementation and management of centralized functions, ICF said. Once those goals are achieved, ICF will recommend scalable best practices for adoption government-wide.

“These awards represent the accumulation of what ICF can bring to federal IT,” said Senior Vice President Kris Tremaine.

“We’re not just deep subject matter experts. We have a contextual understanding of each agency’s mission, how the work is completed, and how the data can inform and transform the customer journey,” she said.

The goals of the CoE program include the following:

GSA emphasized the importance of reaching out to providers. Desired industry support includes a wide range of activities such as project management guidance, acting as a catalyst for completing activities, creating a centralized approach to track progress, and Agile project management support.

“Federal agencies serve many audiences through complex missions. The type and kind of technology that deliver compelling citizen experiences is equally complex,” ICF’s Tremaine told the E-Commerce Times. “Putting these together isn’t easy. The CoEs signal that GSA is going to take aggressive and informed steps to address these challenges in a data- and user-driven manner.”

The CoE initiative was launched to support the agenda of the White House American Technology Office created by President Donald Trump last year.