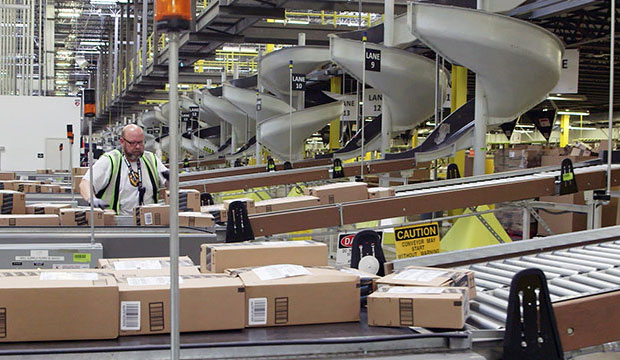 Amazon has promised to check temperatures and provide surgical masks for workers at its fulfillment centers and Whole Foods grocery stores starting next week, according to multiple reports.

The news came in the midst of brewing turmoil among employees.

Some full-time and contract workers at Whole Foods, Amazon and Instacart walked out or called in sick on Monday and Tuesday, ramping up their fight for protection from coronavirus infection.

The UFCW (United Food and Commercial Workers) on Monday issued a statement in support of the demands of workers at Amazon, Instacart and Whole Foods.

Fourteen state attorneys general last week signed a letter to the CEOs of Amazon and Whole Foods, asking them to improve their sick leave policies.

The letter asks the CEOs to adopt “a more generous paid leave policy” for their employees and independent contractors in order to curb the spread of the coronavirus during the current pandemic.

It cites the CDC’s interim guidance for businesses and employers, and points out that the companies’ COVID-19 sick leave policies are inconsistent with those recommendations. It warns that the companies are “placing their other employees, their customers, and the public at large at significant risk of exposure to COVID-19.”

Their “narrow criteria is particularly insufficient given the realities of the public health crisis, where the lack of access to COVID-19 testing has been widely reported,” and warns this would “seriously undercut efforts to promote social distancing,” the letter warns.

Amazon has responded to the letter and is engaged in discussions about strengthening its paid sick leave policies for employees, according to the office of Massachusetts Attorney General Maura Healey, who wrote the letter.

Monday’s labor action had “absolutely no impact to Instacart’s operations,” a company spokesperson said in a statement provided to the E-Commerce Times by company rep Dani Pietro. “We saw 40 percent more shoppers on the platform on Monday compared to the same time and day last week.”

Whole Foods Market “saw no changes to overall absenteeism and we continued to operate all of our stores without interruption,” a company spokesperson said in a statement provided to the E-Commerce Times by company rep Rachel Malish.

The workers have no choice but to protest, said Rob Enderle, principal analyst at the Enderle Group, because “in effect the firms are passing the risk on to them without adequate compensation.”

Their only other alternative is to refuse to work, which isn’t a tolerable solution for many individuals, Enderle told the E-Commerce Times.

“Amazon and other firms behaving this way are unintentionally laying the groundwork for very invasive unionization, particularly when they fire organizers,” he added, referring to the termination of an Amazon strike leader following an action on Monday.

Why Workers are Furious

Over the past few weeks, some staff in at least 10 Amazon warehouses in the United States have been infected by COVID-19 but the company apparently has not shut down those warehouses.

Workers at Amazon’s DTW5 sorting center south of Detroit reportedly learned a colleague had been infected from rumors on Facebook. A human resources staffer later confirmed the rumors in the break room.

After confronting management, they learned that five colleagues who had been in contact with the infected person had been notified.

Instacart reportedly informed a shopping team that a supermarket employee at Star Market in Auburn, Massachusetts, one of its grocery store partners, was diagnosed with COVID-19.

It reportedly offered to provide any team member feeling unsafe to work with seven to 30 days of unpaid time off on a case-by-case basis, and urged anyone who might have developed COVID-19 symptoms to contact a health provider.

“Given the work conditions, many of these workers will need PPE (personal protective equipment) to keep themselves safe, as well as prevent potentially spreading COVID-19 to customers,” observed Ray Wang, principal analyst at Constellation Research.

Hazard pay, which the workers are demanding, “may be tough to win,” he told the E-Commerce Times.

However, it makes sense to improve working conditions for safety and provide PPE, Wang added. “Bring on the testing of workers and thermometer scans.”

The companies have responded to repeated petitions from workers for better working conditions, but the workers have deemed those efforts inadequate.

“We are consulting with local and federal health authorities and medical experts how to handle building closures for deep cleaning if an employee tests positive for COVID-19,” an Amazon spokesperson said in comments provided to the E-Commerce Times by company rep Alyssa Bronikowski.

Amazon’s evaluation process examines various issues, including where the affected employee was in a building, for how long, how long ago the employee was there, and who interacted with the employee.

Anyone in close contact with an infected person at an Amazon building will be asked to self-quarantine for 14 days with pay, in addition to unlimited unpaid time off for all hourly employees through the end of April.

Amazon also has increased the frequency and intensity of cleaning at all sites, implemented various social distancing measures, and insisted on frequent hand washing for at least 20 seconds or use of an alcohol-based hand sanitizer.

Instacart in the last four weeks has introduced new product features, health guidelines, shopper bonuses, sick leave policies, and safety supplies, according to a spokesperson, as well as pay for those affected by COVID-19.

Whole Foods has rolled out extensive measures to keep employees safe at work, an additional $2 per hour in pay, and increased overtime pay, according to a spokesperson. It is offering an additional two weeks of paid sick time for employees who are in quarantine or have tested positive for COVID-19.

Amazon fired an activist who led Monday’s walkout at its New York warehouse.

It also sparked condemnation by New York State Attorney-General Letitia James, who described the firing as disgraceful, pointed out that the right to organize is codified into the state’s law, and said her office was considering all legal options, including calling on the U.S. National Labor Relations Board to undertake an investigation.

Governments “need to implement robust financial incentives, like requiring companies to pay adequate death benefits,” if they want the situation to change, he suggested. 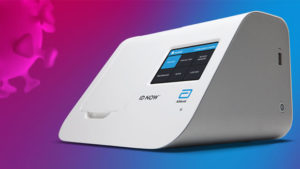 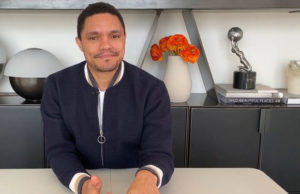 Living in the COVID-19 World: TV Hosts Struggle at Home