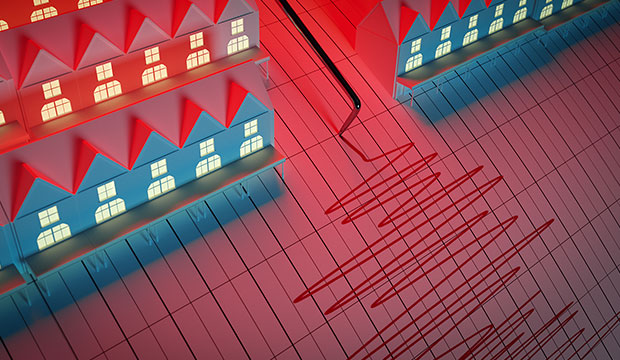 The feature will be included in a refresh of Google Mobile Services, so a full operating system upgrade won’t be necessary. That means the new addition will be available to most Android users — except those in China, which doesn’t use GMS.

“Android users will no longer need to download an app to receive alerts,” he told TechNewsWorld.

Android Principal Software Engineer Marc Stogaitis explained in a company blog that earthquakes happen daily around the world, with hundreds of millions of people living in earthquake regions.

“An early warning can help people prepare for shaking, but the public infrastructure to detect and alert everyone about an earthquake is costly to build and deploy,” he wrote.

“We saw an opportunity to use Android to provide people with timely, helpful earthquake information when they search, as well as a few seconds warning to get themselves and their loved ones to safety, if needed.” he added.

Stogaitis explained that Google began its work on earthquake alerts by collaborating with the U.S. Geological Survey and Cal OES to send alerts from California’s ShakeAlert system to an app running on Android devices in state.

The system uses signals from more than 700 seismometers installed across the state by USGS, Cal OES, the University of California Berkeley, and the California Institute of Technology. It can warn someone of a pending quake in as little as few seconds to as many as 15 seconds, depending on the distance a device is from the epicenter.

“With a few seconds of warning, people can drop, cover and hold on,” observed Richard M. Allen, director of the Berkeley Seismological Laboratory, which developed the MyShake app for Android and iOS phones.

“We estimate that if everyone does this before shaking, we can reduce injuries by 50 percent,” he told TechNewsWorld.

Ferguson added that if the ShakeAlert system had been in place when the Loma Prieta earthquake struck, just prior to the start of a 1989 World Series game in San Francisco between the Giants and the Oakland Athletics, fans would have had 15 seconds advance notice.

“Any amount of seconds can be used to take a life-saving action,” he said. “If you’re driving, you can pull off the road. Doctors and nurses in surgery can put their tools down. Firefighters can open the doors to the fire station so they’re not blocked in.”

“A few seconds or less will allow a computer system to start a process and shut something down,” added USGS ShakeAlert Communication Coordinator Robert de Groot.

“In the case of technological systems, those few seconds could mean the difference between something being irreparable or something that will recover quite nicely after the event,” he told TechNewsWorld.

Stogaitis noted, however, that deploying a network of seismometers as California has done is expensive and out of the reach of many of the three billion people in areas at risk of earthquakes.

Gov. Gavin Newsom’s proposed budget for this year seeks an additional $17.3 million for operation and maintenance of the system — which would be supported by a one-time loan from the School Land Bank fund.

“It’s not every day that Silicon Valley looks to state government for state-of-the-art innovation, but that’s exactly what is happening today,” Newsom said in a statement.

“This announcement means that California’s world-class earthquake early warning system will be a standard function on every Android phone — giving millions precious seconds to drop, cover and hold on when the big one hits,” the governor added.

As a lower cost alternative to California’s ShakeAlert system, Google is proposing the Android Earthquake Alerts System. “This means your Android phone can be a mini seismometer, joining millions of other Android phones out there to form the world’s largest earthquake detection network,” Stogaitis wrote.

Essentially, what Google is proposing is to crowdsource earthquake alerts.

All smartphones have accelerometers that can sense when an earthquake might be happening. When that happens, the sensor sends a signal to Google’s earthquake detection server, along with some coarse location information about the shaking it has detected.

Crunching data is Google’s forte, and that’s what it’s doing with its crowdsourced alert system. It’s using algorithms on information from thousands of phones to determine if an earthquake is occurring.

Seismometers may be more precise than accelerometers, but they’re also more expensive. Android phones are far less expensive and there are millions of them. Google can work its computational magic on the data it gets from those phones so it’s accurate enough to create valuable alerts.

He explained that initially Google will incorporate quake information into search results. Typing in “earthquake” or “earthquake near me” will display search results relevant to a locality and resources for what to do after a quake.

“Over the coming year,” he added, “you can expect to see the earthquake alerts coming to more states and countries using Android’s phone-based earthquake detection.”

As with any program that involves collection of data from personal devices, privacy can become an issue.

Google says it is only using coarse location data, so it’s not pinpointing any phone’s location. In addition, the program is “opt-in” and all data is “de-identified” from users so Google doesn’t know anything about the person it received the data from.

Similar measures have been taken by the developers of MyShake.With MyShake, there are lots of safeguards in place, Allen noted. As with Google, only coarse location data is gathered and he added, “No personal information is collected, such as names, email and so forth.”