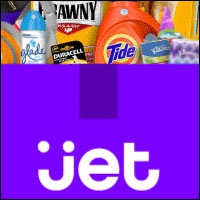 Amazon has been in its prime for quite some time, but there’s a new show in town, and it claims that its prices are lower. Online merchant Jet opened its inventory of millions of products to consumers on Tuesday.

Jet’s US$50 annual fee lets consumers take advantage of “club prices” on goods sold in bulk or individually. Jet kicked off its public launch by offering shoppers timed free trials of its service.

Jet’s subscription service is powered by a proprietary platform, which is designed to function more like a financial trading system than the typical online marketplace, said CEO Marc Lore.

“Because Jet’s business model is to only profit from membership fees, not from the products we sell, all cost savings are passed back to the customer,” he explained.

Jet’s platform employs dynamic algorithms for highlighting savings in real time. It also recommends ways shoppers can save money by spotlighting complementary products that provide a great discount when bought together.

“Jet guarantees that members will save at least the cost of membership or we will refund the difference,” Lore said.

As it enters a space dominated by Amazon and already packed with other players, Jet’s best bet may be to establish a unique identity, suggested Rod D. Martin, CEO of The Martin Organization.

It should avoid going head-to-head with Jeff Bezos’ empire, he cautioned.

“It may be a new approach to an old problem, but it needs to be truly different qualitatively,” Martin told the E-Commerce Times. “The iPhone wasn’t just a new telephone, a new cellphone, or even a new computer. Salesforce isn’t just a Rolodex. Airplanes aren’t just faster trains.”

Failure to grasp and make use of that concept eventually will relegate an online marketplace to a grocery store — an undifferentiated commodity business that will have to work against thin margins and regular shortcomings, he pointed out.

Costco primarily generates revenue from its membership service — and like Jet, it sells its merchandise at cut-rate prices, he noted.

“As long as you have enough members, the idea works,” Plunkett told the E-Commerce Times. “If you can’t build your member base to a large number, then you’re in trouble.”

Though Amazon’s shadow covers markets from the cloud space to online retail, the flameout of its first foray into the smartphone market, with the poorly received Fire Phone, and more recently, its lackluster 20th anniversary sale prove that the company is capable of misfiring.

Promoted as having more deals than Black Friday, its Prime Day sale earlier this month generated such negative hashtags as #unhappyPrimeDay and #AmazonFail and #gobacktosleep.

“Some people don’t like Amazon; some people get frustrated with Amazon because it’s impossible to get a person on the telephone if you need customer service,” said Plunkett. “It all has to be done by email.”

Some of Amazon’s chunk of the e-commerce market is vulnerable to scrappy underdogs like Jet — and Jet’s ability to breathe life into local businesses is especially interesting, Martin observed.

“Amazon already invites local retailers onto its platform, which greatly expands their geographical reach,” he noted, “but Jet isn’t competing with its vendors. They have no incentive to force unwanted price cuts like Amazon, nor does their cut run up the store’s costs.”

Jet leverages its in-house pricing algorithm to help its retail partners find and reduce inefficiencies, the company said. All of its commissions for selling products will go back into dragging prices down.

While Amazon has extended the reach of local merchants, Jet may help them level the playing field, Martin said. When viewed from that perspective, Jet isn’t exactly going at Amazon head on.

Jet is “creating a new paradigm that provides the economies of Amazon’s and Walmart’s massive scale to millions of little guys simultaneously,” Martin said. “How disruptive that will be to those big guys is hard to say — but it has tremendous potential to pump new life into local stores who’ve thought for years their days were numbered.”