Thank you, Apple! You have fixed a big self-created problem that iPhone users have been wrestling with for far too long. It is finally history with the latest iOS update.

For those of you who have been suffering due to the iPhone’s batterygate problem over the last year, I have great news. Apple finally fixed this nagging annoyance.

Batterygate was a self-inflicted wound for Apple, caused by a flaw in last year’s iOS release, used by tens of millions of people. The flaw did not affect everyone, but it was a major problem for many of those who were impacted.

Before the release of iOS 11, the iPhone battery had good life. It was not exceptional, but for many users, it could be expected to last an entire day. Suddenly, after upgrading to the new iOS, many iPhone users found that their phones ran out of power after just a few hours. If they failed to charge the device overnight, it would be dead by morning.

Their alarm wouldn’t ring and they wouldn’t receive any calls. They would be cut off from emails, texting, Web surfing and all of the other apps most iPhone users enjoy every day. It could mean that kids and parents would be unable to communicate in case of an emergency. The iPhone would be dead as a doornail.

The good news is that with the latest upgrade, iOS 12, the problem seems to have vanished as quickly as it appeared last year. If it is truly fixed, this is the best iPhone news in a very long time.

I have been testing the iPhone Xs over the past week, and I can say that there are many exciting new features with iOS 12. However, none is more important than finally fixing batterygate, because it makes so many users’ crippled iPhones fully functional again.

So, the choice of whether to update to the newest iOS 12 is a solid yes, in my opinion, unless you have an iPhone that already works perfectly.

A bigger question for iPhone users is whether to upgrade to the new line of just-released phones — iPhone Xs, iPhone Xs Max or iPhone XR. On this question, the answer is it depends. The decision has to do both with the device and with the new iOS 12.

Many of the improvements that come with iOS 12 will be accessible on older iPhones, but some of them will work better on a new device. Some of the features require new hardware, like the new iPhone cameras and screens.

The iPhone has become iconic. While millions of users love their phones and feel attached to them, Apple wants everyone to trade up often.

While the new iPhone Xs is better, the question is simple: How much better is it? Is it worth spending the time and money to replace an existing iPhone?

The iPhone Xs is an example of evolutionary improvement — it’s not revolutionary. It is very similar to last year’s iPhone X. There are real improvements with the camera, and it includes an extra SIM card for another line. However, the upgrade to iOS 12 will improve your experience and give you much of what you would get with a new iPhone.

If you are an early adopter, the answer to the upgrade question is simply yes. Then again, it’s always yes. Early adopters are the type who either need to own the newest devices for their own purposes or who simply want to show them off to others. If that’s you and if you can afford the hefty price tag, then you will want to get your hands on this new device.

However, if you love your iPhone but don’t need the newest whiz-bang technology and would rather save some money, then you can wait.

What if you straddle the line between those two types? What if you want to upgrade, but you don’t want to pay top dollar? Apple has a solution. Wait several weeks for the new iPhone XR to go on sale.

The iPhone XR is a lower-price model with many new features the average user will be very happy with — just not all the new, top-level bells and whistles that everyone loves to talk about.

Whether you buy a new iPhone — and if so, the model you choose — depends on what you want and how much you’re willing to pay.

I do have one gripe, however. I hate it when companies roll out their new lineup in stages, like Apple is doing with these new iPhones. It means customers who are champing at the bit have to wait for all the devices to go on the market to compare and select the best one for them.

If you are one of the folks who need to upgrade every cycle, the only question is do you buy today or wait for the less expensive version to arrive in stores? If you want to save a few hundred dollars, wait a few weeks. If you just want the newest and best new iPhone, go out today and grab either the Xs or the Xs Max. They are terrific.

Fixing What Was Broken

Upgrading to iOS 12 doesn’t deliver a perfect experience. There are plenty of initial problems that need to be fixed — like when graphics cover control icons so they can’t be pressed. These are problems that Apple likely will fix soon in an update. It’s like taking sandpaper and smoothing the edges.

In any case, the move to iOS 12 is a welcome change since Apple fixed something it broke last year. iOS 12 also offers many new features, and phones running it seem to work better and be more stable.

The new iOS 12 is a real winner so far. It will make your existing iPhone work better. Any problems will be fixed sooner rather than later with updates. Then again, that’s what I said when batterygate struck, and it took Apple way too long to address that. So who really knows? 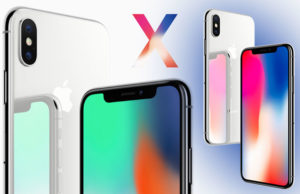 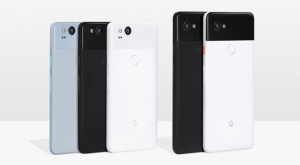