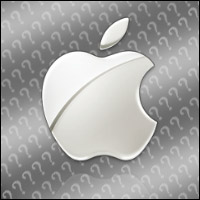 Apple has formed a dedicated sales team to pitch Apple products to CIOs, and it is working closely with app developers who have a corporate presence to sell into the enterprise, according to a Reuters report published Monday.

Apple’s increased interest in the enterprise could be part of a long-term strategy to offset declining sales in the tablet market. For three consecutive quarters, iPad sales have fallen.

Apple is working to formalize partnerships with a number of mobile enterprise developers, according to the report, among them PlanGrid and ServiceMax.

PlanGrid makes an app that allows blueprints to be shared and viewed by construction workers. ServiceMax, whose customers include Procter & Gamble and Dupont, makes an app for managing field service technicians.

Over the last year, ServiceMax and Apple have cohosted a series of marketing events across the United States, each attended by 25 to 30 CIOs, Reuters reported.

Apple’s enterprise ambitions have been in the limelight since it announced a partnership with IBM in July. As part of that deal, IBM agreed to create a new class of more than 100 industry-specific enterprise solutions for the iPhone and iPad, including native apps developed exclusively from the ground up.

Meanwhile, Apple is launching a new AppleCare service-and-support offering tailored to the needs of the enterprise.

“For the first time ever, we’re putting IBM’s renowned big data analytics at iOS users’ fingertips, which opens up a large market opportunity for Apple,” Apple CEO Tim Cook said when the pact was announced. “This is a radical step for enterprise and something that only Apple and IBM can deliver.”

Apple previously found the enterprise market, “messy, unreasonable and stupid in its demands,” observed Forrester analyst John Rymer. So why the increased interest?

“It’s not huge volumes in comparison to the consumer market, but it’s still an important segment,” he told the E-Commerce Times.

“If Apple ignores the enterprise, it leaves the door open for IBM or HP or whomever to come in and undermine its presence in the tablet and phone markets,” Baker said.

“Let’s face it,” he added, “Microsoft knows how to sell into the enterprise pretty well, and it would love to convince enterprises that the Surface is a better solution than the iPad or MacBook Air.”

Apple has had an informal presence in corporations for some time, noted former Forrester analyst Charles Golvin, who recently founded Abelian Research.

“Apple has had a strongly growing presence in the enterprise market, but it’s largely been through a bring-your-own-device mechanism,” he told the E-Commerce Times.

Apple’s interest in the enterprise has little to do with sagging iPad sales, in Golvin’s view.

“I don’t think it’s a reaction to that market dynamic,” he said. “I think it’s a recognition of the strength of the opportunity that enterprises present to Apple.”

With the IBM deal, and now with its behind-the-scenes campaign, Apple is leveraging its existing position in the enterprise, Golvin suggested.

“It’s a logical evolution of Apple’s growth strategy,” he said. “It’s recognizing how important its devices are in enterprises today, and following up-from-the-bottom adoption with a more complete solution for enterprises.”

“Workers use iPad and iPhone at home, but when they go to work they don’t see those devices supported,” he told the E-Commerce Times.

That clamor from the rank-and-file could be the sound of success for Apple.

“When you have customer pull, your success is guaranteed,” Chowdhry said. “If you’re going from a vendor push perspective, you may not succeed.” 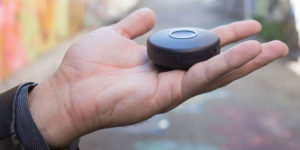 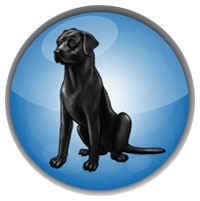