Alphabet Jumps on the $1K-a-Share Train

The stock price surged after Pacific Crest securities analyst Andy Hargreaves advised investors in a research note to get out of Apple and invest in Alphabet, which he sees as having a great risk/reward profile and more potential upside.

Alphabet shares were up more than 7 percent, at $1,003 a share, in early afternoon trading on the Nasdaq.

The company’s shares have risen sharply in the past year, after touching a 52-week low of $672.66 last June, when shares slumped amid concerns about the company’s search engine advertising.

Alphabet in April reported first quarter earnings of $7.73 a share, beating consensus estimates, on revenue of $24.75 billion for the quarter.

Google had been under fire, like a number of search and social media firms, for not being able to manage the amount of extremist content found on YouTube during searches. Following the loss of several major advertisers, including AT&T and Johnson & Johnson, Google announced several steps to crack down on extremist content — including giving advertisers more tools to control the placement of their ads, and updating its artificial intelligence and machine learning algorithms to screen content better.

Google CEO Sundar Pichai announced plans at the company’s recent I/O conference to expand its machine learning and AI technology to increase the use of voice and vision throughout its ecosystem, and to create a more sophisticated cloud business.

The company unveiled new computer vision capabilities through the addition of Google Lens, provided an overview of its new Android O operating system, and announced Android Go, which will open the Google OS for entry-level devices in new markets all over the globe.

The launch a new streaming television platform is viewed as a potential revenue generator for YouTube, putting it in direct competition with DirecTV Now, PlayStation Vue and Hulu Live.

The $1,000 milestone represents a nice round number, but it has “little intrinsic value,” noted Kevin Krewell, principal analyst at Tirias Research.

Google has displayed strength in certain areas with its extensive set of search data tools, he told the E-Commerce Times, but cautioned that rival social media and technology companies have their own unique capabilities as well.

That said, Google can cut across all of these various categories, he added, and it also provides search, email, voice and mapping capabilities.

“In the collection of data, Google has the biggest reserves to tap into,” Krewell said.

The rise in the Alphabet stock price has been met with some skepticism.

It could be more of a momentum play than a long-term indication of the company’s actual performance, suggested Michael Jude, a research manager at Stratecast/Frost & Sullivan.

“I think a good chunk of it is due to investor enthusiasm generally,” he told the E-Commerce Times. “The entire market is up and significantly overvalued.”

Much of the value perception of Alphabet is based on “speculative projects” like the company’s autonomous driving efforts, Jude noted, which may or may not pan out in the end.

Despite those concerns, Alphabet is the largest advertiser on the planet, Jude said, and “has a solid hold on the local search space.”

Shares of Amazon touched $1,000 a share last week on the company’s surge in Prime memberships and continued sales of its Amazon Echo smart speakers, as well as its robust cloud services business. 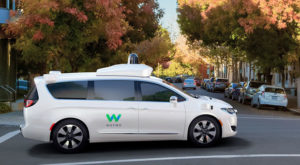