Xiaomi’s Mi 4i Spreads in Asia 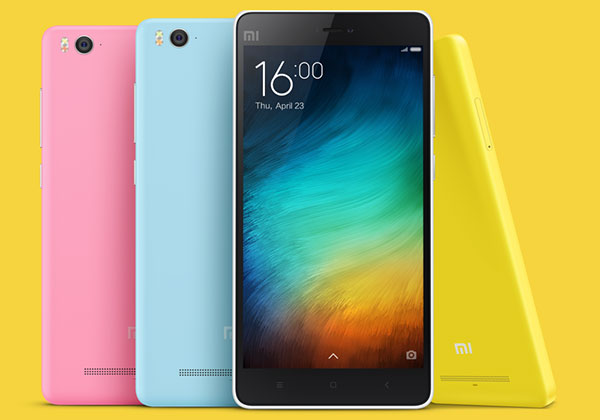 Chinese wunderkind smartphone manufacturer Xiaomi is taking its flagship Mi 4i smartphone to Hong Kong and Singapore, with availability slated for next Tuesday. Designed especially for emerging markets, the Mi 4i has been wildly successful in India, where it launched two weeks ago and reportedly sold 40,000 units in less than 15 seconds.

The Mi 4i is the first Xiaomi phone to run Android 5.0, aka “Lollipop,” albeit with MIUI 6, Xiaomi’s custom skin for the OS.

The Mi 4i also has a 13-MP Sony/Samsung rear camera, a two-ten flash, a “torch” function for shooting in the dark, a 5-MP front camera, and a 4.5V 3120 mAh rapid-charging battery claimed to last up to one and a half days.

“It may not be a premium product compared to what multinational or global brands are taking into the market,” said Jeff Orr, a senior practice director at ABI Research, “but Apple’s not making a huge push into India and won’t necessarily cater or advertise like a Xiaomi, which is a much hungrier brand at this point.”

More on the Mi 4i

The screen’s Sunlight Display uses hardware to adjust contrasts for each pixel in real time, improving readability in sunlight.

The processor is paired with an Adreno 405 GPU and supports OpenGL ES for 3D gaming.

Up to 16 LTE bands are supported by the dual SIM cards.

“If a device is to be a serious contender in India, it has to have dual SIMs,” Orr told TechNewsWorld, “because there are multiple protocols supported by several different carriers, and sometimes there’s an overlap.”

While the Mi 4i is “nice for $200,” it doesn’t have a memory card slot and its 16 GB of storage “will fill up pretty quickly, considering the Indian appetite for music,” cautioned Ramon Llamas, a research manager at IDC.

The Mi 4i also has taken some flak for its remarkable resemblance to the iPhone 5c.

While Xiaomi makes much of the Mi 4i’s processor, the iPhone 5s, launched in 2013, was the first smartphone to have a 64-bit processor, and there are lots of Android devices with the Snapdragon 615 processor. Makers include HTC, Oppo and Archos, and prices range from $160 to $485.

“There’s Windows Phone and BlackBerry trying to get into the sub-$200 phone market, apart from Android,” Llamas said, “and let’s not forget the market for sub-$150 Android smartphones.”

That could mean that as it attempts to expand its influence, Xiaomi may have to up its game, possibly by cramming more memory into the Mi 4i.

“They could develop 32-GB, 64-GB, or 128-GB versions of the phone,” Llamas told TechNewsWorld, “memory is not that expensive.”

The Mi 4i “is going to be a mostly Asian phenomenon for now, because Xiaomi can leverage several advantages from being a big player [in that region], Llamas said. It might come to the United States and Europe, but only “in small quantities, because these areas are so carrier-centric.”

The company is adept at social marketing, noted Forrester researcher Xiaofeng Wang. By integrating social into its marketing efforts, it has turned its 11 million social media followers into super-loyal fans.

Xiaomi is on ABI’s list of the 113 most innovative companies. These firms are young, aggressive and nimble. Their solution fills a needs gap, and they are poised to break out.