Would You Like Your Open Source All the Way?

The enterprise software industry today can be compared to the menus offered at fast-food eateries. Some offer their star item only one way. Others let you have it your way. 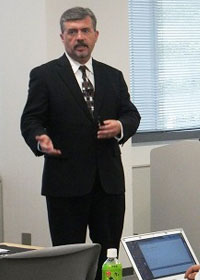 How much choice you have often determines where you do your eating. The same option — or lack of it — is the driving principal behind attracting and keeping enterprise customers paying for open source product support.

Even when businesses funded their own code solutions, the freedom to build it your way or buy it somebody else’s way was a critical choice. Now those times are changing.

Open source software once was compiled in purity to offer program users a choice other than proprietary products. Today’s rush to a changing market may be pushing software developers to capitalize on using open source as prefabricated code — in small or large chunks. A growing trend shows software developers incorporating free code into programs marketed as proprietary packages.

So, is open source gaining as a business model in its own right or morphing into proprietary products? There are some signs that enterprise IT is gearing up for more adoption of open source technology. However, there also are indications of a growing complacency with mixing the two. Many businesses settle for sharing the computing load by running certain tasks with open source packages and using proprietary products for other computing processes. 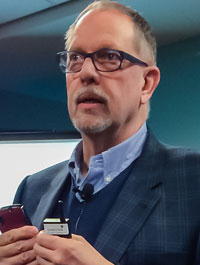 Can companies venture beyond a divided list of tasks handled by both closed and open source deployments to commit 100 percent to open source? Tim Yeaton, the senior vice president of the infrastructure group at Red Hat, suggests that the movement to convert from proprietary software is already well established in business. Enterprise is involved in a massive change of perspective in applying more than just coding to corporate computing solutions.

In two separate interviews, LinuxInsider spoke with Tim Yeaton and Michael Fauscette about the changing landscape for open source in the enterprise.

LinuxInsider: Is open source getting a larger role in enterprise computing or losing ground as proprietary products win back a flattening user base?

Over the last few years, we have seen a real sea change in how most large companies view open source technologies. For many years, Linux and other open source products were for a large part low-cost alternatives to proprietary products. With the advent of cloud and mobile and large adoption of social networking, that started to change in a pretty fundamental way.

Michael Fauscette: I think at some levels open source just has not gained significant traction. In other ways, open source is very prevalent. Once you separate operating systems from applications, you get a more interesting view. Open source has never gained a lot of acceptance in enterprise regarding applications. Sure, there are some examples of very successful open source applications. But if you look at the large enterprise particularly, the majority of their application portfolio is proprietary.

LI: So open source adoption varies along the stack?

In the middleware, operating and other layers, it is a different situation. There are many different software offerings there. And open source has done OK in that area as well, especially in the operating system territory. For instance, Red Hat has a strong presence. What is the fastest- growing application area in enterprise? That would have to be cloud application or on-premises application. The open source model in that category does not make a lot of sense to cloud providers.

Yeaton: That answer depends on where in the stack the thinking is applied. We are seeing a large-scale adoption in the infrastructure layers. You are also seeing it in the custom applications layer. And you are seeing it also in more and more of the in-between layers.

LI: How is the open source concept viewed by enterprise decision makers?

Now open source is the incubator for a lot of original invention as opposed to just redoing what has already existed. This has occurred in a pretty profound way. In almost all cases, an organization thinking about going to the cloud is going to bet on open source infrastructure.

This has produced two fundamental results. One, it opened their eyes to how the open collaborative model creates really compelling technology. Two, it moves at a breathtaking pace. We are seeing a lot of CIOs starting to ask themselves, how can we get the benefit of that community-style collaborative element inside our own development divisions? Even if they are planning to actually license what they develop as open source, they are starting to see the productivity gain.

LI: Does a collaborative approach not make a good fit for all business computing uses, including the cloud?

I think the application vendors never saw an advantage in the cloud for open source products versus proprietary offerings. In the enterprise itself, there are some fairly complex open source packages available, but they have never been adopted on a wide-enough scale.

Of course, there are some exceptions to that — but in most cases, open source versions had to be extended into more profitable commercial products. Even SugarCRM has an open source version. But its value-added edition looks and works a lot more like proprietary software. Generally in that layer, open source has not been the great disrupter that many people thought it would be.

Yeaton: This idea (collaborative model for enterprise software) has caused business leaders to ask many of the same questions that people first asked about Linux. Is it open, secure and high quality? But now they ask in a much more proactive way and more aggressively want to understand how it works.

The second major result is they are starting to apply the same open collaborative thinking to their own software development. You see a lot of companies who are building their own internally applications using proportionately far more open source code. I’d say this amount has probably tripled.

LI: Is the rapid migration to cloud computing changing the equation for open source versus proprietary software in the enterprise?

People are skipping over the desktop option and moving directly to the cloud platforms. That is where the office computers are now going. So the thick-client desktop is rapidly diminishing in importance. The heterogeneity of the client now working over a variety of mobile carriers is becoming the new focus.

The whole client aspect is changing so fast. We are seeing the adoption of smartphones eclipsing new purchases of traditional computers. So the choice of client [and the software used] is actually changing. Consequently, a lot more of the apps are lighter weight and cloud-enabled for mobile use.

Fauscette: If you go below the middleware level, you will find a great amount of open source mixed into proprietary software for middleware and operating systems. That is because a lot of developers use pieces of open source. In enterprise, that is a very successful model — but more and more companies are moving away from on-premises software in general.

We are seeing a steady migration to the public and private cloud. There we still see the same prominence of open source in the middleware and operating system layers, because it is the same usage as on-premises. Even some cloud services vendors use open source databases very extensively. It is something that is going to continue as the model changes.

LI: Will the competition between open source and proprietary change as a result of this new focus on mobile devices and cloud computing?

It will be a gradual process that will take many years. Software developers will continue to use parts of open source code to accelerate the development process. But I do not think we will ever get to the point where we will see open source as a separate thing.

Yeaton: There are some very clear symmetries and differences in the focus of open source and proprietary vendors. They both focus on acquiring and satisfying customers and having profitable business models. It is the how you get there that is so very different.

Will FAA Rules Be a Drag on Drone Deliveries?