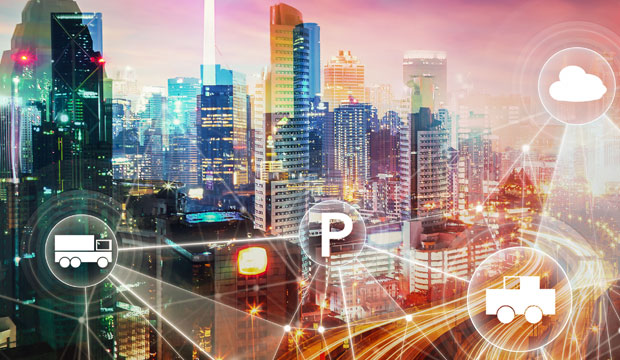 One of the biggest problems for those of us who have electric cars is charging. Chargers that drop the charging time to a few minutes have been coming to market, but the cars that can use those chargers haven’t yet begun to ship.

What this means for most of us is that we are talking anywhere from 45 minutes to several days to fully charge our cars, depending on the charging system we have access to. Another problem is that it is still easy to forget to plug in our cars at night. Further, if we forget to close the charging door when we are done, we’ll likely rip it off accidentally when we drive out of our garage. Using a high-performance charger in the rain is both a very wet and potentially far more dangerous proposition.

Wireless charging addresses some of these problems. The car charges when it is over the grid, you can build roads and parking places with charging built in, and even with current limited battery technology, you could, as a result, make fueling an electric car far more pleasurable (pretty much transparent) than filling up a gas car.

That said, two huge problems have prevented the technology from advancing: 1) It was expensive; and 2) there were two major competing efforts — one from WiTricity and one from Qualcomm. Well that second problem was fixed last week, and it should result in fixing the cost problem as well.

I’ll share some thoughts on electric cars with a focus on wireless charging and then close with my product of the week: the Q System One — the first truly interesting commercial quantum computer.

The advantages of an electric car are numerous. They eliminate greenhouse gas (particularly when connected to hydro, solar, wind or nuclear power plants). They are quiet, reducing noise pollution. They tend to be safer (the battery pack significantly strengthens the frame, and the low center of gravity helps them corner like sports cars).

Where the cars fall short is on energy storage. You simply get more energy in a smaller, more easily filled space with a gas tank than you do with batteries. The heart of this problem is that there was very little battery advancement between the early part of last century and almost the end of it. In contrast, gas engines and their fuel systems advanced pretty linearly over that same time, particularly regarding emission control, performance and safety.

The electronics, auto and electrical energy industries are working incredibly hard now to advance battery technology, but they are trying to close a performance gap that is nearly a century long. Among the potential fixes are supercapacitors. Sadly, these solid-state energy storage devices have energy leakage problems, as well as capacity problems (their energy density lags batteries significantly), and they tend to be rather expensive.

One young company, Kilowatt Labs, has fixed most of this, but it mostly sells into the energy industry for large-scale energy storage and isn’t yet selling into the automotive market (though it likely will show up in some industrial charging systems).

So, the short-term fix is to improve charging.

There are new chargers coming to market that are up to 450 KW and have the potential to charge an electric car in about the same time as it would take to fill it up with gas. The problem is the number of these chargers is tiny. Also, they are as expensive as a small car, so you sure aren’t going to see them at your company or in your garage. They pull a ton of power, making hooking them up problematic.

Finally, none of the cars currently shipping support them. The first car, from Porsche, is due to market this year, but the price point isn’t affordable for most of us, so neither the car nor the charging station will be much help.

The other approach is to make charging wireless and place the technology where your car is likely to be most of the day anyway — in a parking place.

The Advantages/Disadvantages of Wireless Charging

The advantages of wireless charging are significant. You wouldn’t have to deal with any cables, which means vandalism would be reduced, safety would be increased, and you’d be far less likely to forget to charge the car. The charging technology could be built into roads, so cars could charge in transit, making long-distance travel without stopping for gas a very real possibility.

The charger could be fully concealed so that it wouldn’t detract from the appearance of the garage, and it potentially could protect the unit from a variety of damage types. This would be the best solution for allowing autonomous cars to fill their energy storage systems. Robotic electric or gas arms are non-starters, for the most part, due to what likely would be huge reliability problems.

Among the disadvantages are the lack of a global standard. As noted, two companies with very different technologies were chasing this opportunity. Also, the technology would add to the cost of the car and the charger — not to mention the cost of installation. Few cars currently can use it, and it is difficult if not impossible to retrofit, which means if you already have an electric car this wouldn’t help you at all.

There are limitations to how much power you could push (you wouldn’t get 450 KW systems), and governments haven’t been that excited about implementing it. I should add that the electric car racing series, which could benefit massively from in-road wireless charging, doesn’t seem to think it is useful.

As I noted, WiTricity has purchased Qualcomm’s wireless charging technology, and Qualcomm effectively has exited the market. By coalescing on one standard, the risks associated with adapting one technology or the other go down. Combining the technologies will result in a better solution, and the potential increase in the total available market will drive economies of scale to WiTricity and lower costs significantly over time.

Fleets of cars and trucks likely will be the early adapters of this technology, and the full impact of this move likely is two years out for most of us. Yes, some car companies may deploy a technology like this early, but it probably wouldn’t be compliant with the new merged standard, because its path to market would have started months before this acquisition was conceived.

However, as a result of this merger, we should at least have the choice of wireless charging by 2025, and those living in conservation-forward areas like large parts of the EU, California, New York and particularly China (if it doesn’t roll out its own proprietary solution) likely will be the most aggressive adaptors.

Once done, electric cars will become not just competitors for ICE (internal combustion engine) cars, but superior to them. Then, I expect, we’ll see a true revolution — likely with electric self-driving cars. As I noted above, wireless charging is the only solution that is reliable enough for them and that can scale to the numbers we will need. Once this is done, we’ll never have to worry about gas stations, plugs, cables, or even battery anxiety ever again. I am so looking forward to that future…

Quantum Computing is a game-changer for the computing industry. It is a very different and vastly faster mode of computing, and a far bigger jump in technical capability, than the move from calculators to mainframes.

The promise of this technology isn’t fully understood, but its impact on the world likely will make the high speed of advancement we now see appear glacial.

If you think about it, when Steve Jobs launched the iPhone, it was — wow — a video iPod that had a crappy phone feature (it got better). It was pretty much a brick when he first showcased it — Apple wasn’t even sure it would be workable by the release date (obviously it was).

A quantum computer could win wars, predict the weather much more accurately, identify currently unknown threats to the planet, and launch another huge technology age.

There is finally a real quantum computer that you can buy, if you have money and the right contacts. It is the IBM Q System One. 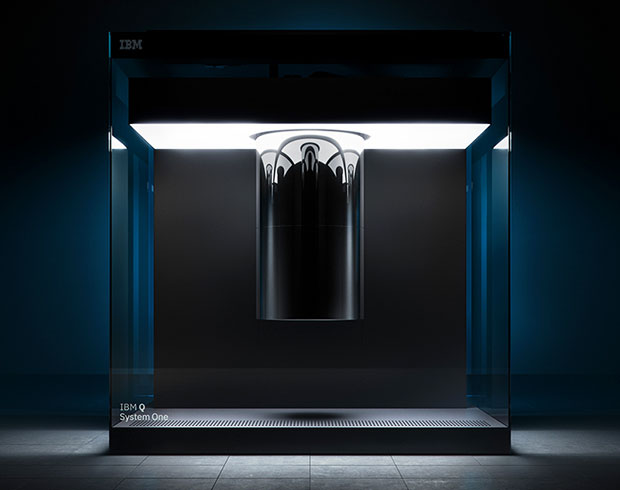 Now the IBM Q System One is just for research, as it doesn’t yet have the power to reach quantum computing’s true potential. However, it is also one of the most beautiful pieces of hardware I’ve ever seen. I mean, even if it did nothing at all, it is a both huge piece of our future history and art.

While it is priced at a point where few could afford it, I could picture this thing in an entryway or as part of collection. Given how few of these ever will be made, they have the potential to be incredibly valuable in a couple of decades.

The IBM Q System One will be a huge piece of our coming evolution, and the fact that it is also stunningly beautiful easily makes this my product of the week.