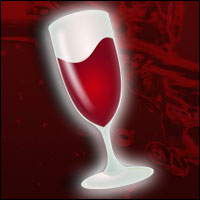 Wine developers on Wednesday announced the release of stable version Wine 2.0. The release brings many fixes and some new functionality, along with a major change in future release schedules.

The devs have tweaked Wine’s ability to run Windows programs within the Linux operating system in this release, which is the culmination of more than a year of effort. It includes some 6,600 individual changes.

Wine 2.0 is the first upgrade released on the software’s new time-based, annual release schedule. The new cycle means releases may arrive without certain features under development, such as the Direct3D command stream, the full Human Interface Device HID support, the Android graphics driver and message-mode pipes.

Developers hope the new release cycle schedule will speed up long-term improvements in Wine, even though they will have to delay not-yet-ready features. Under the old development release schedule, it took 15 years for Wine to reach version 1.0 in 2008.

“I wouldn’t call [Wine 2.0] a big deal for most enterprises, but it will be handy for some employees and work groups, like developers, who by and large prefer Linux to using Windows-based systems,” said Charles King, principal analyst at Pund-IT.

Many of those folks run necessary Windows apps, including Office in a VM/partition. Wine 2.0 will provide them with a handier way to run Office 13, for instance, he told LinuxInsider.

Wine is not a virtual machine implementation. Instead, it runs Windows programs without a copy of Windows installed. Wine does not run every Windows program out there, but it has enough Windows APIs to run thousands of them.

The latest Wine release has two new major features: It supports Microsoft Office 2013, and it runs on 64-bit macOS. It also provides a bevy of improvements across the board, as well as support for many new applications and games.

The “winebrowser” helper application works with multiple arguments to invoke the host browser or mailer, according to the team. A new driver architecture in the kernel enables better support for human interface devices. However, support for USB devices is still missing.

May Not Gain Traction

Although Linux is a solid option as a server platform, it has not gained broad acceptance among desktop users, and Wine may not move that needle much, suggested Howard Green, vice president for marketing at Azul Systems.

“Linux has been wildly successful on the server side. It is the hands-down winner. It is unlikely to me that Wine will accelerate Linux desktop usage much outside the developer community,” he told LinuxInsider.

That said, the inability to run Windows applications more reliably within the Linux operating system is one of the factors that has discouraged Windows users from migrating to Linux. The enhanced Wine release might lower that particular barrier to Linux adoption.

“The lack of popular, widely deployed productivity suites has been one of the central issues retarding Linux acceptance,” observed Pund-IT’s King. “It isn’t that solutions don’t exist. OpenOffice and LibreOffice certainly have followings, as do open source online offerings, such as Google Docs.”

However, none has come close to displacing Microsoft Office, he noted. Wine 2.0 offers a new approach that divorces Office usage from the underlying OS, which could result in broader adoption of desktop Linux distros by disgruntled Windows users.

“It certainly removes or negates migration barriers related to Office, but I’m not sure what that means in terms of potential increases in Linux adoption,” King added. “It seems to me that anti-Microsoft rhetoric has cooled considerably during the past two to three years.”

Points of irritation still exist, though, he pointed out, such as the recent dust-up over Windows pop-up ads targeting Chrome users.

Still, Microsoft CEO Satya Nadella has taken a less confrontational approach in order to lessen friction between the company and its customers, according to King.

Wine could be a major free computing tool for Linux desktop users with an occasional need to run specific Windows programs. For example, if you have a client who wants you to use a program that works only on Windows, the ability to use Wine is pretty important, said freelance writer Heidi Hecht, owner of the Nothing in Particular Blog.

Her need for Wine was not about the ability to open, edit and save *.docx files in LibreOffice. — it was about being able to use the Windows program, she told LinuxInsider, but she found Wine to be uncooperative.

“I use Linux Mint, and if I hadn’t found an alternative that works on Linux, I might have lost that job. If Wine can be upgraded for better support of more Windows-based programs, that would be very helpful for freelancers like me,” Hecht said.

Improving Wine’s functionality also should help attract new users to Linux, she added. Many potential new Linux users have a major reason for their hesitation to switch: fear of leaving their favorite Windows programs behind.