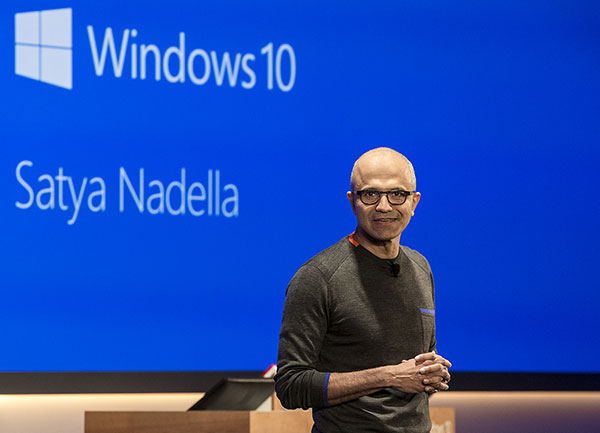 As we approach the end of the free Windows 10 upgrades this month and get used to the anniversary edition, it suddenly hit me the Windows we knew died with Windows 8 — what we got with Windows 10 really isn’t what we’ve come to know as Windows.

Hell, looking at Microsoft’s latest financials, Microsoft really isn’t Microsoft any more, either. Both are so different from what they were just last decade, they are like a brand new product and company.

We’re on the eve of big Windows changes. I’ll explain and then close with my product of the week: a US$360,000 fantasy Jaguar that would make Bill Gates and Jay Leno jealous.

Windows: We Knew It Well

I’ve been covering Windows since it was a real product. In fact, Windows 95 was my path to fame, and it was largely responsible for launching my career as an analyst. It was also pretty crappy. That wasn’t entirely Microsoft’s fault — that was when hardware differences went vertical, and Microsoft learned how not to support a product that sold in the tens of millions.

Windows was defined by its releases. Each one was tied to release date and the need to generate revenue — not build and ensure a platform upon which an empire not only could be built but also sustained. It clearly worked as a builder, but with the PC market collapse the “sustain” part was forgotten.

One of the now most ironic videos to watch is Steve Ballmer’s “developer, developer, developer” speech — ironic because it was largely the loss of developers that forced him to step down. The old Steve was right. Unfortunately, it was a new and improved Steve who ran Microsoft, and that didn’t work out so well.

The product was hard to install, hard to update, and buggy, and it stood as one of the biggest barriers to folks buying new PCs. I’m actually kind of surprised the PC market didn’t collapse a decade earlier. I remember going to a meeting at Intel and asking why more Intel employees didn’t have newer PCs, and it was because they didn’t want to go through the pain of upgrading.

Some versions of Windows were so bad they became legendary. Windows Millennium kind of set the bar for horrid, but Windows 2000 wasn’t that much better and both were rushed because of the Y2K bug. Then there was the disaster that was Windows Vista, and finally the train wreck that was Windows 8 — which did, finally, crater the PC market.

Microsoft brought out the Xbox and shifted most gaming efforts to that in an attempt to keep Sony from taking over the segment. It was a bad bet. The Xbox pulled a ton of value from Windows, and because Sony imploded, the PlayStation never became a threat to the PC. So Windows became less valuable over time as the Xbox bled premium buyers away from it.

We stuck with Windows, regardless of the pain, but Windows as we knew it died with Windows 10.

Now I’ve been on Windows 10 since before its release, and it is such a breath of fresh air. Migrations are easy. I typically just have to hit one button on my keyboard to wake it up in the morning, and updates are both free and relatively often — each one bringing a few new surprises, good ones for the most part.

Migrations to new hardware take minutes instead of days, and it currently is running on a whopping 350 million devices. That is pretty impressive for a version of Windows this young. There are 1,500 different products shipping with Windows 10 preloaded, showcasing much more variety than we have ever had before.

Gone are the pains of Windows 95, and ME. Gone are the screw-ups with Vista and Windows 8. Windows 10 is much more like what we’ve come to expect from a smartphone operating system in terms of ease of use and reliability, and yet it still runs on the most powerful systems in market.

In addition, Microsoft has re-energized game playing on the platform. I can speak to this, because I’ve already racked up a whopping 282 hours on Ashes of the Singularity, and I only started playing it last month. I’m kind of surprised my mouse hand still works.

Finally, as Apple backed away from being the design leader in the segment, Microsoft stepped in with the Surface tablets and everyone upped their game. Now companies like Acer, Dell, HP and Lenovo are massively design-forward, and the age of ugly desktop or laptop PCs is over.

However, it isn’t just Windows that has been reborn.

When I started, and for much of its life, Microsoft was defined by being just a platform-and-tools company with Office (a product that needs a rebirth). Yet if you look at Microsoft’s financials today, it clearly is trending to be the leading company supplying the enterprise cloud with Azure.

I was at a BlackBerry event — where you’d typically not see Microsoft, because it would be a competitor — but Microsoft instead was one of the biggest supporters (just after Samsung, which kind of reflects on the change in BlackBerry, come to think of it). Microsoft currently has the best enterprise cloud solution, in terms of coverage and redundancy.

This is actually big, because for a long time it didn’t really seem like the whole “enterprise focus” thing was working for the company, and it clearly weren’t the first to the cloud platform. However, as with racing, it matters less who has the pole position than who comes in first at the end of the race.

Microsoft historically has been known to be arrogant and nonresponsive to the hardware manufacturers. That honor now belongs to Google, and it isn’t unusual to hear thes OEMs lament that they wish Google were more like Microsoft. This is a story in and of itself, because Google rode in as a white knight to kill the black knight, Microsoft, and somehow the two firms switched positions. Go figure.

Wrapping Up: The King Is Dead, Long Live the King!

As we approach the end of the free window for upgrading to Windows 10 and the broad market release of the Windows 10 Anniversary Edition, it is amazing how much change there has been since Satya Nadella took over.

With so much focus on corporate boards selecting clueless CEOs — seemingly on purpose — it is great to see a board step up and do it right. Nadella has transformed the company. He not only has fixed Windows so that it bears little resemblance to the product we loved to hate, but also has shifted the focus of the company to the future. Instead of being a bad follower, Microsoft is starting to lead again.

Perhaps boards now will see how critical it is to pick CEOs who know the business, understand the market, actually have a workable vision, and can execute. Maybe, just maybe, turnarounds like we’ve seen from Apple and Microsoft will become more the rule than the exception. We can only hope.

Before the Jaguar F-Type, which I have, there was the XK-180, which was an even tighter homage to the E-Type on the show car circuit. Years ago, while attending F1 racing as a guest of AMD, I saw one of the two Jaguar built, and I immediately fell in love with it. Since then I’ve been looking for a way to own one, and I recently ran into a company in Europe that is building near-exact replicas.

This is actually a trend now. You can buy near completely new and updated versions of cars like the Jaguar E-Type and Triumph TR-4, but this is the first time I’ve seen someone create a near-exact replica of a car that never made it to market. This car is rolling art, and it still has modern day performance. (Given that it is less than half the age of the other reproductions, achieving that wasn’t so difficult.)

This new Xk-180 isn’t a cheap date, though, costing $360K (at current exchange rates), which had my wife looking at me like I’d better get a second and third job if I want that car. 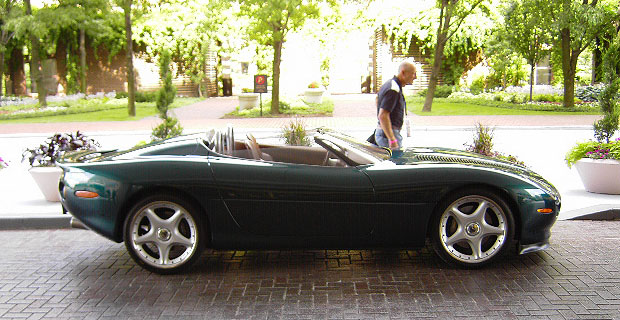 So, sadly, for me, that won’t happen — but for those who like to dream or maybe have a car that still will be counted in the 10s and be one hell of a collectible — not to mention drop dead gorgeous — this is a viable option.

I expect if you want to drive it in the U.S., you’ll need to buy a 2000-era U.S. spec XKR and ship it over as a donor, but the rules surrounding this kind of car have become far more lenient of late. In any case, because I so lust for this car, the bespoke XK-180 sports car is my product of the week.

By the way, Bill Gates is a bit of a car collector — he has an impressive collection. He’s not quite in Jay Leno’s league but close. I’ll bet even Bill and Jay would look at you with envy if you drove up in one of these. Just saying… . You know, that might just be worth it.