Will Social Media Spoil the Olympics? 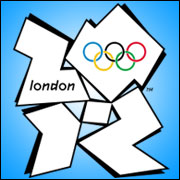 The Summer Olympics officially open Friday, but as the games aretaking place in London, which is six hours ahead of the East Coast ofthe United States and nine hours ahead of the West Coast, it will bevery much a “tape delayed” affair.

This isn’t unusual in the world of international sporting events, butit’s relatively easy to escape news on the recently concludedEuropean Cup or the Tour de France. Trying to avoid Olympic game outcomes, though, isturning into a challenge worthy of an Olympic event itself, thanks to social media.

“All major sporting events face the same dynamics as the Olympics aredealing with when it comes to social media,” said Josh Crandall,principal analyst at Netpop Research. “Super fans want to participatein the excitement of the moment and share their emotions with othersonline.”

About the only way to avoid it might be to disconnect entirely.

“You have to stay off the Internet,” said Marcus Messner, professor ofjournalism at Virginia Commonwealth University. “You can’t avoidknowing who won if you are on Facebook or Twitter. The only way tosave it for prime time is to stay off social media.”

Can’t Beat It, Join it

NBC, which has paid big dollars for exclusive rights to broadcast the games, realizes that if you can’t beat social media, the nextbest thing is to embrace it.

The broadcaster has arranged deals with Facebook to promote Olympic conversations on NBC’s Facebook page, while NBC News and NBCO&O TV stations have partnered with Storify, the social media “storycreator.” It will cover the games in real-time by aggregating content fromFacebook, Twitter, Instagram and other social media sites and willembed the content on various NBC websites.

This content won’t likely compete with the daily and prime timecoverage as much as complement it.

“This content will likely be branded as a way of providing thecoverage, but it will be used to promote the prime time,” Messner toldTechNewsWorld. “They can brand it that if you really want to seeeverything, you need to tune in. You can get the results — but thecomprehensive coverage will on the TV broadcast.”

NBC, as well as the other broadcast partners from aroundthe world, could also be getting help from the attendees, in a way.While the International Olympic Committee will still try tocontrol the posting of photos and videos, a lot of it will certainly getout. This in turn could help create more buzz, which could drive upviewership.

“I think we’re going to see a lot of social media, including amateurvideo and commentary from citizen journalists,” added Messner. “Thisreally could enrich the coverage more than it takes away from it.”

The London Games could be the biggest event to date with people discussing andsharing opinions on a single issue. And this could prove whether peoplewant to interact in sharing the moment or saving it for prime timeviewing.

“Considering the duration of the Olympics, we have an opportunity tomeasure whether the marketplace is more interested in their socialmedia streams or experiencing those Olympics moments for the firsttime on TV,” said Crandall.

“Will people be able to restrainthemselves from using these services so that the Olympic moments arenot spoiled? The traffic metrics for Facebook, Twitter and the likewill reveal who really wins in the face-off between our addiction tosocial media and the desire to experience those special Olympicmoments on TV,” he said.

And, of course, social media is just doing something thattraditional media has done for years — namely, report results as theinformation is released.

“People who don’t want to know outcomes can avoid social media,” saidGreg Sterling, principal analyst with Sterling Market Intelligence.”But given the time difference, the risk of learning outcomes equallyexists with TV, radio and newspapers as well. So I don’t really seesocial media ‘spoiling’ the games.”

Social media could allow for sharing rather than spoiling. It couldmake viewing the games less of a passive affair and more of aninteractive affair.

“Twitter and, to a lesser degree, Facebook offer a way to have areal-time or quasi- real-time experience of the Olympics with others,”Sterling added. “As a general matter, that is a largely positivedevelopment.”

The other part of the equation in how social media might “spoil” thegames has to do with whether those taking part know to think before they tweet.

Two Australian swimmers, Nick D’Arcy and Kenrick Monk, werereprimanded and barred from using social media during the games afterthe pair posted photos of themselves on Facebook with firearms at aCalifornia gun shop while in the United States for a match thisspring. The images went viral and the Australian Olympic Committeequestioned their judgment.

This week, Greek triple jumper Paraskevi Parachristou found her OlympicGames over before even leaving for London. She reportedly tweeted aracist comment, and was soon barred by the Hellenic Olympic Committee.

“That wouldn’t have happened in the past, because the comments wouldprobably have been made privately to other individuals and notpublished to millions,” Sterling told TechNewsWorld. “Social mediadoes change the dynamics of coverage and the experience of the games.However, on the whole, I think it’s probably for the better.”

So what can athletes take away from this? Probably watch what you sayin social media.

“If you wouldn’t say these things in front of TV camera, then don’ttweet them,” added Messner. “The same rules apply to social media. Itis not surprising that the officials reacted that way in Parachristou’scase. But even with the Australians, it comes down to don’t post photosyou might regret later. There is a permanent record once you postthem.”