Will Apple’s AR Glasses Be Ready for Spring 2021 Debut? 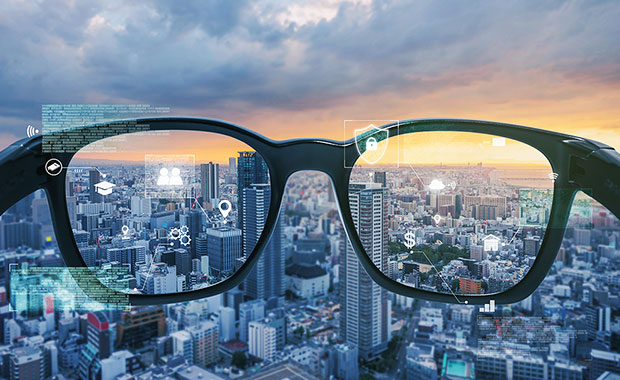 Apple may launch an augmented reality line of smart glasses in the spring of 2021, according to Jon Prosser, host of the video blog Front Page Tech.

The new peepers will be called “Apple Glass” and sell for US$499, with prescription lenses costing more, Prosser claimed.

Both lenses are displays that support gesture interaction.

The glasses will work in conjunction with an iPhone.

Apple originally planned to unveil the specs at its fall event, but it may postpone the announcement until March 2021, with release planned for late 2021 or early 2022, he added.

“These rumors have been building up for quite some time, but this is the most cohesive information we’ve had on this so far,” said George Jijiashvili, senior analyst at Omdia, a research and consulting firm in London.

“I think Apple has been working on AR glasses behind closed doors, and they will release them because they have all the right pieces to make it work,” he told TechNewsWorld.

“Gesture control allows the Apple Glass to be controlled without resorting to using a controller that is easily lost,” he told TechNewsWorld.

At this stage of smart glasses development, pairing them with a smartphone is an important design choice, noted David MacQueen, executive director for the global wireless practice at Strategy Analytics, a research, advisory and analytics firmbased in Newton, Massachusetts.

“The only way to get the price point down to a consumer-friendly level is to offload as much of the processing power, sensors and such to a paired phone,” he told TechNewsWorld.

Most smart devices depend on a smartphone, at least for initial setup, said Julie Ask, principal analyst at Forrester Research, a market research company headquartered in Cambridge, Massachusetts.

“A smartphone dependency will permit the glasses to be wireless like AirPods or similar devices,” she told TechNewsWorld.

Content long has been a major hangup for devices taking consumers to virtual realms, but that doesn’t seem to be the case with Apple.

“If you asked me about anybody but Apple, I’d say content would be an issue, but because it’s Apple, it’s going to be less of an issue,” said Tuong Nguyen, senior principal analyst at Gartner, a research and advisory company based in Stamford, Connecticut.

Content will not be an issue for the glasses by the time they’re released, predicted Eleftheria Kouri, research analyst at ABI Research, a technology advisory company based in Oyster Bay, New York.

“I am expecting that initially Apple will rely on available AR applications before developers familiarize themselves with the device and build new applications,” she told TechNewsWorld.

“It is anticipated that Apple will leverage Apple TV and Apple Music, allowing users to broadcast content in the AR device,” Kouri said.

“Similarly, users will be able to play AR games from Apple Arcade,” she added. “Also, it is expected that the integration of the LiDAR sensor in the latest iPad Pro and upcoming iPhone 12 Pro will enrich the available AR applications and better prepare consumers for the AR smart glasses.”

Among the first wave of apps for the glasses would be room modeling apps — how this piece of furniture will look in that corner of the room; information on outdoor objects like buildings and monuments; navigation apps; and “how to” apps, Forrester’s Ask said.

“What we’ve seen on the phone is a lot of Pokmon GO clones, marketing, and AR used as a gimmick. To make these devices take off, we really need to see AR applications move beyond that, to give consumers a real reason to use the glasses,” Strategy Analytics’ MacQueen said.

“It doesn’t surprise me that one of the most popular iPhone apps is a simple measuring tape,” he noted. “That’s something that offers genuine utility to an end user.”

“Everyone expected the price to be higher,” Omdia’s Jijiashvili said. “If you look at similar devices, they’re selling from $1,500 to three grand. $499 is a very attractive price, but it depends on how much capability the smart glasses have.”

The $499 model of the glasses will be a “basic edition,” ABI’s Kouri said.

“The basic edition will be an ‘assistive reality’ device with monocular vision that will not support embedded cameras and spatial understanding,” she predicted.

“An assistive reality device without embedded cameras will be a ‘socially acceptable’ one which will allow users to familiarize themselves with AR smartglasses and not be concerned about privacy issues and video recording in public places,” Kouri explained.

Apple also is working on a virtual reality headset along the lines of Facebook’s Occulus Quest, according to Prosser.

“There’s also an opportunity to resonate with a business audience,” he added. “With Oculus, Facebook has focused on games and movies. There’s still an opportunity for Apple, as well as anyone else in the market, because it’s still in its early days.”

Although some reports have maintained that Apple will release its VR headset ahead of its AR glasses, Jijiashvili doubts that will be the case.

“I think Apple will focus on AR in the near term,” he predicted, “and VR is something further in the future.”