Will Android Look Good in a 3-Piece Suit?

Future versions of the open source operating system will include more support for business users, suggested Andy Rubin, vice president of engineering at Google, in an interview with Reuters this week.

Android currently does not support many enterprise applications, Rubin acknowledged, but he indicated that development of the OS could refocus on the enterprise before the year is out.

If Google aims to succeed in that endeavor, though, it will have to learn a hard lesson: Whether it’s consumers or enterprise users, it’s not about the hardware, the software or the OS.

It’s the experience that counts — and in two critical areas, Android is lagging.

In the user interface design category, Apple’s iPhone is the current reigning champ. In the integration and security areas, Research In Motion’s BlackBerry is the leader.

To compete with these giants, Google most likely will have to make a major shift.

“I think that Google needs a cultural change if it’s going to compete with Apple on design and interface,” said David Cronin, director of interaction and design at Cooper, user interface guru Alan Cooper’s design firm.

“They need to get out of beta and work toward better user interfaces,” said Cronin. “They’re a long way from an Apple-grade UI, which would need a very high level of sophistication and delight. The responsiveness is just not there in Android.”

Experiences, not technology in itself, will determine who wins the enterprise, said Ramon Llamas, senior research analyst at IDC.

“What will be compelling will be the user experiences wrapped around mobile devices, not just the devices themselves,” he told LinuxInsider.

BlackBerry handsets, in particular, have succeeded in creating an emotional attachment among business and government users, Llamas pointed out — including President Obama, who was unwilling to give up his BlackBerry after winning election.

Some of the advances Google is contemplating — such as over-the-air updates, notoriously hard for enterprise security systems — will have to come with reassurances that the Android platform is as secure as RIM’s, said Llamas.

“What enterprise buyers love is not just the cool applications and the shiny packages the devices come in — it’s security,” he said. “They don’t want secrets going out the door. If you don’t have great security for their data and applications, it’s ‘Thanks for playing — you can go home now.'”

Another factor in enterprise decision-making is integration with current applications, especially Windows. Google applications are seen as a possible alternative to Windows, but currently account for a very small percentage of all enterprise use, noted Llamas. On the integration front, RIM and Windows Mobile dominate the mindshare of most enterprise executives.

Still, many executives are at least willing to consider alternatives to their current platforms, observed Llamas. “I think that each of the leaders has a piece of the solution, but nobody has won on all of the important issues.” 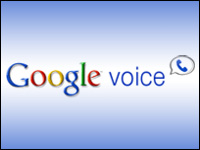 The Roadblocks to Making Prosthetic Miracles Happen Every Day

Where Are the LiMo App Developers?

Africa Proving To Be Next Frontier for Free and Open Software

ADTI: Ready for Round Three with Open Sourcers