The tech industry reeled last week when security researchers discovered a flaw in a key security technology in the Internet’s infrastructure. 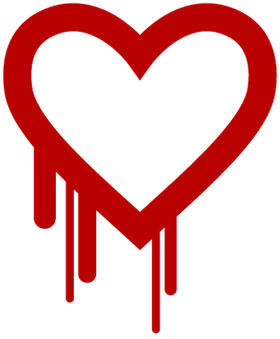 The bug, ghoulishly named “Heartbleed,” was found in an open source library, OpenSSL, used by the protocol, SSL, used to encrypt data in transit on the Net. By exploiting the flaw with a specially crafted packet, hackers can extract data from a server’s memory in 64K chunks.

“This is indeed one of the worst vulnerabilities in the history of the Web,” Amit Sethi, a technical manager at Cigital, told TechNewsWorld. “It has been present in OpenSSL for over two years, during which time it has made it into a lot of software.”

“Unlike many other vulnerabilities in SSL implementations that we have heard about in recent years,” he continued, “this one does not require the attacker to be positioned between your computer and the server. The attacker can go directly to the server and get any information that you recently exchanged with it over a secure channel.”

Keys May Be Safe… or Not

One of the most serious concerns raised by the bug is that the private encryption keys to a whole host of websites may have fallen into the hands of Net marauders. Those keys are used not only to unscramble encrypted data, but also to authenticate websites.

“The best short-term fix — patching or upgrading the software — may prevent future breaches, but the horse may already be out of the barn, so to speak, if passwords or SSL keys were compromised before the patch was in place,” Nathaniel Couper-Noles, a principal security consultant with Neohapsis, told TechNewsWorld.

After a week, though, there were no reports of any private keys being compromised — and that may be one scenario that won’t materialize in the wild.

“After extensive testing on our software stack, we have been unable to successfully use Heartbleed on a vulnerable server to retrieve any private key data,” blogged Nick Sullivan, a software engineer and security architect with CloudFlare.

“Note that is not the same as saying it is impossible to use Heartbleed to get private keys. We do not yet feel comfortable saying that,” he cautioned.

“However, if it is possible, it is at a minimum very hard. And, we have reason to believe based on the data structures used by OpenSSL and the modified version of NGINX that we use, that it may in fact be impossible,” Sullivan continued.

“Even with Apache, which we think may be slightly more vulnerable … we believe the likelihood of private SSL keys being revealed with the Heartbleed vulnerability is very low,” he added.

As low as it may be, it appears it can indeed be done. Following the posting of Sullivan’s blog, at least four white hat hackers used Heartbleed to snatch the private key to a CloudFlare server placed online to allow security researchers to test the firm’s analysis of Heartbleed and key theft.

However, phishing attacks jumped 60 percent in the second half of last year compared with the first half, when only 72,758 were reported.

“One reason for the increase is that the Chinese are phishing each other a lot more,” Rod Rasmussen, author of the report and president and CTO of Internet Identity, told TechNewsWorld.

Eighty-five percent of the domain names registered for phishing were registered by Chinese phishers, according to the report.

Also contributing to the increase was an expansion of phishing targets.

“The traditional thing for phishing was to get access to someone’s financial information,” Rasmussen explained. “We’re seeing as lot more of that, but also a lot of targeting retail and smaller outlets.”

The median time to take down a phishing site is at a near historic low — seven hours, 54 minutes, the report notes.

“That may be another driving factor for why there are more phishing sites,” Rasmussen said. “If they’re getting taken down faster, they have to put more up. So we’re making the bad guys work a little harder.”

Vulnerable shared-hosting providers were a favorite target of phishers, with 18 percent of all phishing attacks originating from that source, the APWG reported.

“If a bad guy breaks into one server, he can have a 100 or more primo phishing sites ready to go for him,” Rasmussen said. “He doesn’t have to work as hard, and it keeps the resources flowing.”