What Went Wrong With the iPhone 5c? 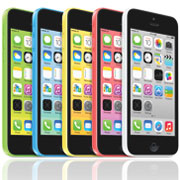 The iPhone 5c has been bugging me. As a product, it’s so good — and yet so wrong. By not saying much at all during the financial conference call with analysts this week, Apple has confirmed doubts while presenting new questions. Does the iPhone 5c represent a colossal misstep by Apple? Or is it just a mediocre product that remains profitable? Can it be both a misstep and a profitable device at the same time?

As a product, it’s surprisingly well-built but poorly positioned, inserted in a moment of time when it’s not desirable. It sort of fillsthe low-end option for Apple’s iPhone lineup, and it certainly provides a good option for teenagers (parents buying for teens,really), but even moderately discerning customers know it’s better to stretch into the iPhone 5s than buy the iPhone 5c.

In places where price rules, the jury is still out. It’s unclear how well it sold in less-advantaged geographies around the world, and it still might turn out to be an excellent seller to China Mobile’s 750 million customers. Hard to say.

One thing is clear: Had the iPhone 5c had gangbuster sales, Apple CEO Tim Cook or CFO Peter Oppenheimer would have had very nice things to say about it on their conference call with investors this week. Apple pretty much always touts excellent performance in some form or another, but the iPhone 5c? What did we really hear?

Not necessarily. Just because the so-called savior of the low-end option for Apple didn’t turn out to be a mass market steamrollerdoesn’t mean that Apple lost money from it — or that Apple hasn’t learned from it. Maybe, just maybe, the iPhone 5c has helpedanalysts and pundits learn something about Apple.

Personally, I don’t think the form factor of the iPhone 5c will survive unless the price drops or it starts selling well inChina and abroad. Here’s why.

In the conference call with analysts and investors this week, Steve Milunovich from UBS flatout asked Cook what Apple was going to do with the 5c going forward. Instead of assuring Milunovich that Apple was committed to the 5c, Cook didn’t even bother to softpedal an answer: He dodged the question entirely, outright saying he would “sidestep the question,” of course, because it was “about future products.” Instead, he pointed to the iPhone 5s, which grew well, despite having the new iPhone 5c introduced below it at launch.

Not much of an answer, and that also doesn’t bode well for the colorful new iPhone.

In 2013, the growth of Android-based smartphone shipments far outpaced the growth of iPhone-based shipments, which means that while growing profit and sales, Apple doesn’t seem to be pulling out pieces of the new customer pie nearly as effectively as Android-oriented competition.

Consequently, analysts seem to be wondering whether Apple is able to attract new customers — or if its iPhone business isjust transitioning into a solid install base of loyal customers who upgrade and stick with Apple. So how does Apple view iPhone “new user” growth?

Cook said Apple saw a “significant” number of new buyers, but he didn’t say how many. He did say, however, that “we particularly saw that on the 5c — which is what we wanted to see — so it’s clearly not just upgraders.”

Sounds like mixed messages again. Apparently the iPhone 5c did not sell as well as Apple expected… but the iPhone 5c did manage to deliver a nice number of customers new to Apple. Is that a win or not? What does Apple really think here?

I don’t know. If Apple doesn’t share the exact numbers, we will never know — but I guarantee that if Apple had crushed it with the iPhone 5c, Apple would have bragged about how successful it’s finely tuned engineering effort had turned out.

Personally, I’m amazed at the quality of the iPhone 5c. I like it. Still, I would never buy one for myself. Why? The touch ID fingerprint sensor isn’t a big deal to me, but the iPhone 5s just has a superior underlying architecture more aligned with future performance and iOS apps (64-bit). It seems silly to buy the older generation processor at relatively similar carrier-subsidized price points.

More to the point, I don’t think a svelte metal casing and fashionable design is much of an issue today — heck, most iPhone 5 or 5s owners slap an ugly case on their iPhones anyway. No, I think the “failure” of the iPhone 5c is that it’s suddenly too small. How so?

Diehard Apple fans will buy the latest iPhone no matter what size it is. Millions of us will do this. We are so enamored with the product, the hardware, the operating system, the app ecosystem, that we’ll buy an iPhone 6 even if it has the same size screen that’s available now. We’ll grumble, but we’ll still buy.

I don’t think this premise holds up at the low end — at lower price points where buyers are picking a single device. Why? For starters, a diehard Apple fan will buy a small-screened iPhone 5s in addition to an iPad, getting a big screen experience as well as a pocketable one.

For everyone else, the shift in the relative importance of how a smartphone is used has already occurred: Bigger is better. I now see everyday people — non-geeks, non-gadget lovers — interacting and communicating through their phone without holding it up to their ear. They are sending massive amounts of texts and photos, and they are interacting through apps, doing email and Web browsing — all on the so-called phone.

Now every iPhone I see is used far more as a computer than as a phone. When it comes to phones and voice, smalleris better. With computers, a bigger screen will win out. Your ear and your smartphone are just not as important to each other as they used to be. The tipping point came, and new buyers are increasingly likely to want bigger screens than you find on an iPhone 5c.

Hey, isn’t this about really supposed to be about price? That the iPhone 5c was supposed to stand for “cheap?” Put another way, would the iPhone 5c have excelled had it been priced even lower? Almost certainly. Yet I’m convinced — finally — that a model with a larger screen with more pixels would have sold even better.

The Lessons of the iPhone 5c

Meanwhile, there are some potential lessons for Apple, and maybe even pundits and analysts. The first, I would say, is that Apple’s focus on premium products is undeniably smart. Even with a brand new lower-priced option on the table, Apple just proved that buyers will lean toward the better overall product. In fact, Apple couldn’t keep up with iPhone 5s demand during much of the previous quarter. This is a proofpoint for Apple.

Right now, the latestrumor for the iPhone 6 implies that Apple is going big and walking away from plastics. Seems like a smart plan.

In the call, an analyst asked Cook about the iPhone lineup. Cook said, “I think last quarter we did a tremendous job, particularly given the mix was something very different than we thought. It was the first time we’d ever run that particular play before, and demand percentage turned out to be different than we thought. We obviously always look at our results and conclude what to change moving forward. If we decide it’s in our best interest to make a change, then we’ll make one.”

This time, I smell change — and I’m guessing we won’t see a head-scratching replacement for the iPhone 5c. Later this year, Ithink the updated iPhone lineup will make sense to consumers and analysts alike.