Bioengineering researchers at Stanford University have created a computational model of an entire organism, according to a report published in Cell. 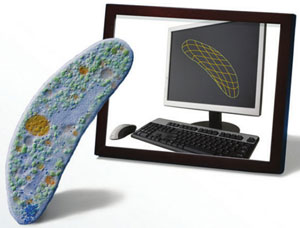 The Covert Lab incorporated more than 1,900 experimentally observed parameters into their model of the tiny parasite Mycoplasma genitalium.

This model lets them predict cellular behaviors that haven’t been observed, as well as new biological processes and parameters.

The organism modeled is Mycoplasma genitalium, or M. genitalium, the smallest known genome that can constitute a cell.

“We synthesized research from the literature, but we also performed our own experiments,” team leader Markus Covert, assistant professor of bioengineering at Stanford University, told TechNewsWorld.

The team went through hundreds of reports, and the model also “points out aspects of what we know based on the literature that are not internally consistent,” Covert said. “These areas then become tagged as hot spots for further experimentation.”

The team used data from more than 900 scientific papers to spell out every molecular interaction known that takes place in the life cycle of M. genitalium. It used that data, together with its own experiments, to create a computational model of the organism that incorporates more than 1,900 experimentally observed parameters.

The model integrates 28 submodels of cellular processes — cell functions and variables — grouped in five categories indicated by colors: DNA represented by red; RNA by green; proteins by blue; metabolites by orange; and all other processes by black. Colored lines between the variables and submodels indicate the cell variables predicted by each submodel.

The model was trained with heterogeneous data and reproduces independent experimental data across multiple cellular functions and scales. It provides a global analysis of the use and allocation of energy in the cell. It also identifies common molecular pathologies underlying single-gene disruption phenotypes.

A phenotype is the composite of an organism’s observable characteristics such as development, biochemical or physiological properties, and behavior.

The Value of the Model

“I think the main contribution of the paper is that it shows how models about different processes in a cell can be integrated,” Tao Jiang, a professor in the computer science and engineering department of the University of California at Riverside, told TechNewsWorld. “But we’re still far away from understanding how these processes work, not to mention how they interact with each other.”

As we learn more about how a cell works, it “would be interesting to know if the cell model can be adapted,” said Jiang, who works in bioinformatics, a branch of biological science that studies methods for storing, retrieving and analyzing biological data.

The Lowdown on M. Genitalium

M. genitalium, is the smallest known genome that can constitute a cell, and the second-smallest bacterium. It’s a parasitic bacterium that lives on the ciliated epithelial cells of primates’ genital and respiratory tracts.

Cilia are protuberances from the main body of a cell. Think of them as small hairs. Epithelial cells line the cavities and surfaces of structures throughout animal bodies. They also form many glands.

M. genitalium’s genome consists of 521 genes in one circular chromosome of nearly 583,000 base pairs.

The Stanford researchers performed experiments both before and after modeling M. genitalium, and they validated the model’s predictions, Covert said. Experiments continue.

While many experiments are reductionist — they look at a single gene — this experiment takes the other tack, considering the complex result of the interaction of thousands of genes.

“Science is interested in both [approaches], but I would argue that most of the work has been done on the single-gene problems,” Covert said. “Some of our most devastating diseases and problems concern complex, multiple-gene problems, however, and that’s one reason why systems-level approaches like this have led to so many insights.” 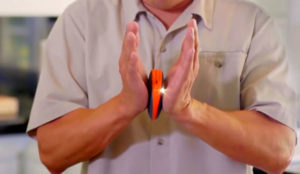