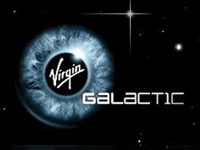 A recent test flight of Virgin Galactic’s private SpaceShipTwo spacecraft caused some tense moments for those participating and observing, but ultimately a new safety feature on the suborbital craft allowed its three-person crew to regain control and bring it safely back down to Earth. 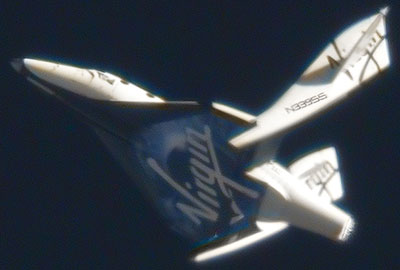 Virgin Galactic’s SpaceShipTwo during its first test flight in May

After being carried aloft by the WhiteKnightTwo aircraft in the test flight of Sept. 29, plans called for SpaceShipTwo to be released into a rapid descent, according to the log kept by Scaled Composites, the spacecraft’s maker.

Upon release, however, “the spaceship experienced a downward pitch rate that caused a stall of the tails,” the log explains. “The crew followed procedure, selecting the feather mode to revert to a benign condition.”

Indeed, it is thanks to the spacecraft’s feather system — a safety feature that lets the SpaceShipTwo’s tail section be rotated for smoother re-entry — that the craft landed safely.

Virgin Galactic did not respond to TechNewsWorld’s request for further comment by press time.

The first test of SpaceShipTwo’s feather system took place in May. After that successful flight, George Whitesides, CEO and president of Virgin Galactic, called the craft’s feathering re-entry mechanism “probably the single most important safety innovation within the whole system.”

Re-entering the dense atmosphere from the vacuum of space has long been considered one of the most technically challenging parts of space flight, and Scaled Composites’ feather innovation was inspired by the humble shuttlecock, which relies on an aerodynamic design and the laws of physics to control speed and attitude.

Specifically, once out of the atmosphere, SpaceShipTwo’s entire tail structure can be rotated upwards to about 65 degrees. That feathered configuration allows an automatic control of attitude with the fuselage parallel to the horizon, creating considerable drag as the spacecraft descends through the upper regions of the atmosphere.

The feather configuration is also highly stable, effectively giving the pilot a hands-free re-entry capability that has typically not been possible before, according to Virgin Galactic.

In any case, the combination of high drag and the vehicle’s exceptionally low weight keep the vehicle’s outer temperatures low enough that thermal protection systems such as heat shields or tiles are also not required.

Eventually, at an altitude of about 70,000 feet following re-entry, the feather lowers to its original configuration and the spaceship becomes a glider for the flight back to the spaceport runway.

A Deal With NASA

This latest successful test of SpaceShipTwo is good news for NASA, which just last week signed a deal whereby the space agency will hire the craft to carry technology payloads into space.

The agreement calls for NASA to charter a full flight from Virgin Galactic, with the option of two additional charter flights. If all options are exercised, the contract value is US$4.5 million.

Virgin Galactic also recently hired former NASA executive Michael P. Moses as its new vice president of operations. Moses served at the NASA Kennedy Space Center in Florida as the Launch Integration Manager from 2008 until the landing of the final Shuttle mission in July 2011.

‘The Only Logical Alternative’

SpaceShipTwo may be the only crewed suborbital vehicle in flight test today, but Interorbital Systems is working on orbital flight instead, Randa Milliron, CEO and cofounder of the company, told TechNewsWorld.

“We’re selling to NASA as well, but our payloads are orbital,” Milliron explained.

Either way, commercial companies such as Virgin Galactic and Interorbital Systems are really “the only logical alternative” for NASA right now, Milliron said.

“Mojave is still the center of a huge space revolution,” she added. “For us, orbital is real space. That’s the only place to be.”