Unforgiven: Customers Need to Show Some Common Sense Too 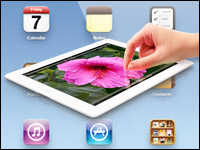 In the UK, supermarket chain Tesco is being pounded right now in social media channels because it’s refusing to honor an erroneous online advertisement offering new iPads for Pounds 50 (US$65). The offer went viral, and now the backlash is viral, too.

How Tesco responds will tell the tale. I’d recommend a sincere apology, a few well-phrased jokes poking fun at itself — and an offer to make it up to those who still want to buy an iPad from them by providing a significant discount.

I’d also recommend this to their customers: Lighten up.

Social media is a great thing. It gives individual customers the same ability to deliver messages to millions that was once the sole domain of traditional media, as Seth Godin said Tuesday at Gartner’s Customer 360 Summit. But with great power ought to come great responsibility — or, if we can’t get that, greater common sense.

Social Media Use vs. Abuse

Are customers really so dim that they believe a large chain supermarket would offer an iPad as a loss leader? I’m betting that many knew the price was an error — which it was, according to Tesco. But for a firestorm to break out accusing the retailer of lying or worse seems rather harsh.

It signals that many customers now understand the power they have via social media, and that they believe that enough focused virtualized rage can achieve anything — and that any slipup is an opportunity to pounce.

We’ve seen bank fees quashed, prize money restored, sponsors influenced to drop radio shows, and other social media-driven activities in the last six months that have resulted in victories for their organizers. The Tesco case may be the one that indicates the border between the use and abuse of social media power.

What it suggests is this: Businesses now need to be perfect in their execution of everything. Any slipup will be capitalized upon by angry customers to assail reputations and threaten future sales.

But I don’t think most customers are really angry. Most don’t want to see a retailer fail because of a typographical error. Most are willing to forgive a mistake, once it’s admitted.

Businesses Are People Too

As anyone who’s ever edited the letters to the editor section of a newspaper can attest, the level-headed among us rarely write. Even with social media, it takes an experience that is extremely good or significantly bad to motivate comments.

There’s been a lot of talk about how businesses can abuse social media — how they can treat it like a one-way broadcasting channel, how they can gather customer information that’s a little too personal, or how they can misuse alerting. There’s a responsibility here to use what social media offers in a responsible way.

There should be a similar degree of responsibility in how customers treat businesses — not as stringent a code of behavior, since the buyer is the center of the relationship, but one that treats the business as a collection of fellow humans, not as a mindless, monolithic entity.

In the new era where we want to be treated as peers by the businesses we buy from, the golden rule seems more apropos than ever. I’ve made mistakes as a customer — ordered the wrong item, paid with the wrong account, or filled out a Web form incorrectly.

These businesses did not demand perfection, nor did they refuse to accept that I could have made a mistake. They helped me past those errors — in part, because they wanted my money, but also because they want an ongoing relationship.

Buyers, like sellers, need to realize that social media is a two-way street. While customers can and should ultimately validate relationships with their dollars, if the desire is for a rewarding relationship, an absolutist, unforgiving attitude toward customer communication is bad for business — regardless of the direction it travels.