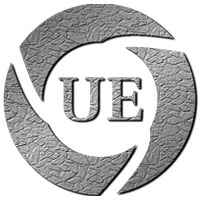 Ultimate Edition has a lot going for it. However, the latest release, version 5.4, also reflects numerous missteps that developers of a seasoned Linux distro should avoid.

Ultimate Edition is a fork of two popular Debian-based Linux families — Ubuntu and Linux Mint. First released in December 2006, this distro aimed to take the best of both Linux entities and blend in a fresh mix of visually stimulating features.

Ultimate’s developers took a path that diverged somewhat from the two new desktop environments that were the hallmarks of its forked heritage. Ubuntu crafted the Unity desktop, while Linux Mint popularized the homegrown Cinnamon desktop.

This latest version, released last month, is based on the just-released Ubuntu 17.04 and adds the Budgie desktop. This is my first major disappointment in dealing with the Ultimate Edition. The developer, who goes by the moniker “TheeMahn,” said that this release would offer Budgie as an option — but it was still missing three weeks after version 5.4 hit the download queue.

Budgie has a more modern design than MATE. They both emulate GNOME 2’s look and feel. Budgie is less refined than MATE, but its fresh design promises to bring more user options.

MATE’s design gives Ultimate Edition a classic old-school Linux appearance. If the goal is to offer a polished “ultimate” Linux OS, GNOME 2 forks do not fit the bill. To the developer’s credit, though, he tweaked MATE enough to provide a pleasant visual experience. 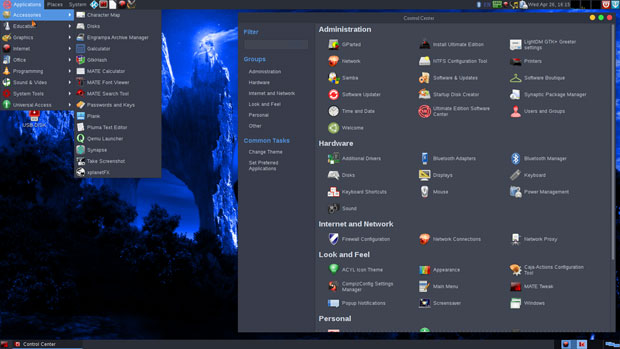 The desktop has a simpledrop-down menu and a convenient control panel tool that makes findingsoftware and settings super cool.

Looks and performance are not rated the same in this current release. Ultimate Edition Linux 5.4 leaves some unsatisfying flaws to be fixed before the “optimum” label fits.

A prominent panel bar sits atop the Ultimate Edition screen. It is much like any other GNOME 2-like panel with the expected menu button and system icons dispatched to the left and right ends of the bars.

The top panel bar is much less crowded, thanks to the appearance of a bottom panel. It holds pop-up displays of open windows when you fly over the docked image with the mouse pointer.

The default setting is four virtual desktops. You can change the settings easily by right-clicking on the switcher applet. 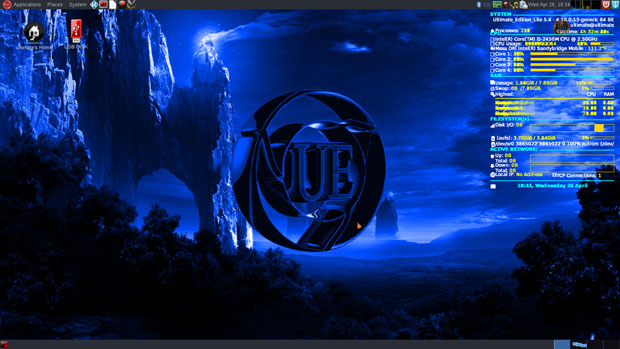 I like the visual effects that play when switching among the workspaces. A spinning cube animation rotates the entire desktop view.

More visual effects display for other windowing actions. Usually, you must set the animations and window decoration properties, but Ultimate Edition gives them to you by default.

Another nice characteristic is the full set of system controls available from the main menu in one control panel. You can right-click on the desktop to access a pop-up window with some useful options, including changing the background, opening a terminal and restoring missing files.

One of these options is very handy. It gives you one-click access to more than a dozen scripts that automate maintenance, and a host of file management tasks. Also, many extra applications and package repositories are integrated.

Another cool feature is the single-button upgrade built into Ultimate Edition. Other main features include 3D themes and an expanding range of hardware support for networking options.

Ultimate Edition 5.4 is rated as a stable version. It is not a long-term support release, however. The developer plans more embellishments and, hopefully fixes, first.

It succeeds by three months the launch of Ultimate Edition 5.1, based on the Ubuntu 16.04 LTS (Xenial Xerus) series that shipped with the long-term support and Linux 4.4 kernel.

The latest version is based on the recently released Ubuntu 17.04 (Zesty Zapus). It has Linux 4.10.0-13-generic kernel and a more up-to-date graphics stack based on the Mesa 17.0.3 3D Graphics Library and X.Org Server 1.19.3 display server.

I was not thrilled with my initial hands-on experiences in getting acquainted with Ultimate Edition 5.4. I found an annoying list of things wrong with it.

One small example: I found no list anywhere of the minimum installation requirements for hardware. That proved to be frustrating. I wasted time trying to load Ultimate Linux on several aging computers. Some of the issues were memory- and storage space-related. Other issues involved graphics card inadequacies.

Lots of stuff did not work. Applications failed to load or caused the system to lock up. The ISO did not load properly or load in a virtual machine.

Ultimate Edition failed to run well on hardware that ran Ubuntu and Linux Mint as well as numerous other Linux distros.

In almost every instance, the cable connection to computer worked with little or no setup required.

In nearly every instance on numerous laptops, the network settings tool found my WiFi router invitation, along with those of other nearby wireless connections. However, it refused to accept the router credentials. In essence, Ultimate Edition would not connect to the Internet wirelessly, which made it practically useless.

The download links from the developer’s website failed to work also. However, a mirror site got the job done.

Ultimate Edition targets Linux newcomers, but those trying it might need a bit more familiarity with Linux to get around some of the problems in running this not-so-ultimate Linux OS.

Once you get it up and running, however, the visual appeal might make up for the technical shortfalls. For example, this distro has nice desktop applets for monitoring system resources and other tools.