Twitch Aims to Get Ahead of Steam 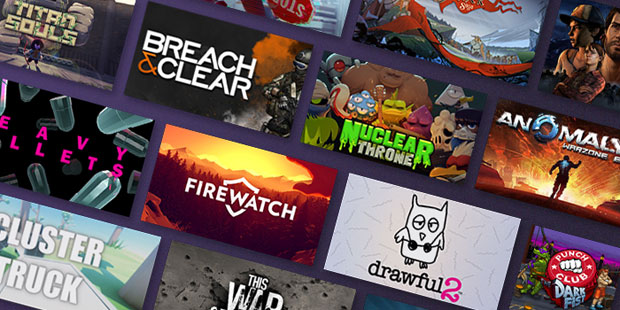 Twitch, the Amazon-owned live-streaming video platform, on Tuesday launched its highly anticipated online game store. It includes goodie bags and other incentives, both for gamers who take the plunge and streamers who provide the content.

Twitch earlier this year announced that it would be selling games and in-game content directly through the online store, competing directly with major gaming sites like Steam.

Twitch is starting out with about 50 titles, ranging from Ubisoft’s For Honor and Tom Clancy’s Ghost Room: Wildlands to Telltale Games’ The Walking Dead and Minecraft: Story Mode. Other titles include Digital Extremes’ Warframe and Campo Santo’s Firewatch.

Streaming partners who participate in Twitch’s commerce program will earn a 5 percent commission when customers buy games or in-game items from their channel page.

Payments will be made to their Amazon accounts in U.S. dollars; Twitch will add support for other currencies in the coming months.

Twitch has announced some incentives to encourage interest. Anyone who buys games or in-game items for US$4.99 or more gets a Twitch Crate, which includes randomly selected rewards such as emotes, badges and Bits for Cheering.

Anyone who makes a purchase that qualifies for a Twitch Crate up to May 1, will get an invitationto participate in drawings for gaming and streaming merchandise. They can submit their entries online.

However, the drawings are not limited to paying customers — anyone who wants to participate without making a purchase can send an entry via snail mail.

The launch of the game store puts Twitch in direct competition with Steam, even though the game titles will be different, noted Kevin Krewell, principal analyst at Tirias Research.

“Unlike other services, the buyer is encouraged to watch a game stream before buying,” he told the E-Commerce Times. “It’s not quite try before you buy, but it does give the buyer the chance to see the game in action.”

The addition of an actual game store is a logical evolution for Twitch — one that should have been in the company’s long-term plans, observed Rob Enderle, principal analyst at the Enderle Group.

Given that users “will be watching and getting excited about games they haven’t purchased yet, it seems strange that the service took so long [to recognize] what should have been an obvious — until now missed — sales opportunity,” he told the E-Commerce Times.

“Some of these streams draw massive audiences of people [who] likely want to play what they are watching, and many of them could be turned into customers,” Enderle suggested.

The demand for the service is an indication of the increased popularity of the PC gaming market, he told the E- Commerce Times.

“A lot of people were wrong,” said Pollak. “They thought it was dying or not a huge business.”

Twitch has about 9.7 million active daily users and 2 million unique streamers per month, and it claims 17,000 members of the Twitch Partner Program.