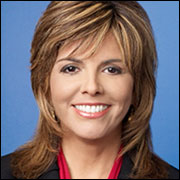 Jane Velez-Mitchell, host of her own TV show, “Issues,” on HLN and author of a newly released book, Addict-Nation, An Intervention for America, well remembers the genesis of one of the topics in her book. She and her partner were about to become intimate, she cheerfully relates — until she got an overwhelming urge to check her BlackBerry for email first.

Uh oh, was her next thought. “Is this the sign of an addiction?”

Addiction is Velez-Mitchell’s area of expertise. She battled alcoholism (she’s now 16 years sober) and then smoking, illegal and prescription drugs, and then addictions to meat and dairy products and sugar. Today, smoke-free and a vegan, she is spreading the word about how easy it is to become addicted to a substance — from food to drugs to online pornography to, yes, popular technologies such as social networking and mobile devices.

It can be a slippery slope, Velez-Mitchell told TechNewsWorld.

“I am a person who has grappled with so many addictions. When I drank, I didn’t care about food. Then [I had problems] when I gave up drinking and I started eating. Now that I eat clean, I grapple with salt. I’ll probably have to give that up too.”

TechNewsWorld spoke with Velez-Mitchell about this subject. Following are excerpts of that exclusive interview.

TechNewsWorld: So, tech addiction. We all use our devices now — it is the rare person who doesn’t have a cellphone at least. Are we all addicted then?

I think it comes down to intention. What is the intention in using the cellphone or constantly sending out tweets? If it is to convey important information that needs to be conveyed, that is one thing. But there are a host of unhealthy motivations for engaging with technology. Those can be escaping or numbing oneself, or it’s about appearances or bolstering one’s status.

Or look at it this way. An alcoholic will drink to get drunk — not because the vintage of wine being served is just too good to pass up. That is why I drank. It is the same thing with technology — you can use it legitimately.

TNW: If you are an alcoholic, there are warning signs that will tip the person or his friends and family off that there is a problem. Is it the same with technology? Say, if you spend five hours a day on Facebook?

I guess one sign would be if you left a BlackBerry or smartphone device behind by accident and when you realized it became very nervous or jittery. The best definition I can give you is someone who is ultimately not present because of the technology. He or she is in a parallel universe or a fantasy world.

TNW: Another problem, I would imagine, is that tech addiction is not frowned upon. I mean, if you show up to work drunk or have too much to drink at one too many social events, people notice and there are repercussions.

Exactly. Our behavior with tech has become so ingrained and so accepted … it is hard to decide if you or someone else has a problem. I recently witnessed a double date between two 12-year olds, and they didn’t talk at all — they just texted. Later I asked one of them why the date didn’t go well, and he said it went okay — that they were texting to each other. OK, fine, that was probably partly because the adults were there, but kids are learning that it is easier to communicate in text. That way a person can’t see if you are nervous or see you blush. The kids aren’t learning good communication skills.

And also, where is he getting that from in the first place? Adults in the workplace are almost as bad now. People text each other when they are feet away at separate desks instead of calling out or picking up the phone. It is almost considered old school to stop by and chat briefly with a co-worker.

TNW: What would you say are the most extreme examples of tech addiction?

TNW: Availability, in other words, does impact and accelerate addiction.

TNW: How does tech addiction happen? Is it related to brain chemistry, a genetic predisposition — is it learned behavior? Does it, in other words, follow the same path as other addictions?

There are biological predispositions to certain addictions, like alcoholism. But there are almost always other factors at play. I believe I had a genetic predisposition to alcoholism because my father drank. And then I drank because I didn’t want to come to terms with the fact that I am gay.

But a tech addiction is not exactly like that — there isn’t a predisposition for it. I think it is environmental on a number of levels. Are you conditioned to use tech as a child? Are there problems that the child is trying to self medicate?

TNW: What form of tech addiction worries you the most?

I would have to say gaming, because it is conditioning kids to kill. These games where you accumulate points as you kill sends a strong subliminal message. We are raising the first couple of generations where the average teenager will have seen tens of thousands of acts of violence online or on television by the time he reaches adulthood. It is essentially indoctrinating them to use violence to [solve] their problems.

Velez-Mitchell: Do I get a second choice?

Texting. We talked about how it’s almost uncouth to talk instead of texting. But what is happening is that we are devolving communication to a much more primitive level. Ninety-nine percent of communication is nonverbal. With texting you are eliminating the raised eyebrow, the shrug, the frown.

Velez-Mitchell: It is making us meaner too.

All addictions lead to spiritual bankruptcy; the only thing you care about is the next hit. The conscience withers, and you stop thinking about right and wrong, and you focus on the next hit.

Spiritual bankruptcy manifests itself in tech addiction with the cruelty we see online — the nasty comments to posts, the cyberbullying. It is so much easier to insult someone on the Internet. Just like there are nasty drunks, there are also nasty tech addicts.