The EU’s Cure for the E-Waste Epidemic 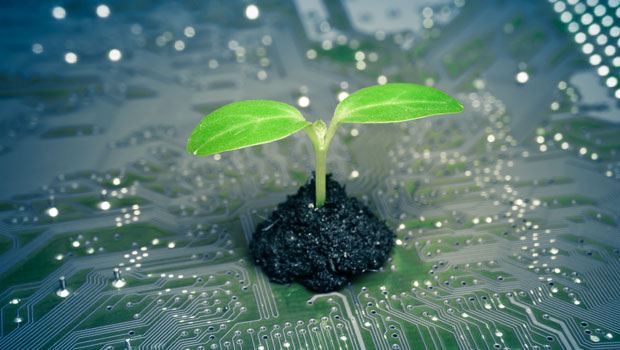 We have a massive problem with electronics waste. Globally, we throw out 50 million tons of it every year, which is the equivalent of 1,000 laptops every second.

Recycling is still not universal, and often it costs more to recycle something due to how it was built than the materials inside the device are worth. On top of that, 70 percent of electronic waste is toxic. As this waste makes its way into groundwater or the oceans, it will increasingly hurt our health and longevity.

This month the EU stepped up to address this problem with a comprehensive “right to repair” law that should dramatically reduce this electrical waste. The U.K. is close behind — and they don’t have a choice if they want to sell to the EU — and I expect that the same driver will force the U.S. to comply with this regulation if it wants to sell to the EU or U.K.

While this new rule is just a start — it pertains to all new washing machines, hairdryers, refrigerators, displays and televisions — it’s expected to spread to all electronics products over time, and that will change things for the better, dramatically.

Let’s explore electrical hardware sustainability issues this week, and we’ll close with my product of the week, a laptop from a startup company called Framework that seems to anticipate these new e-waste regulations best.

How Right to Repair Could Reduce E-Waste

One of the reasons that e-waste is such a huge problem is that manufacturers of most electronic equipment make money off of product sales and not product use. There are a few exceptions. For example, companies like HP that make printers aren’t motivated to have their hardware (for that market) replaced because they use the “razor-blade model” — where the sales of supplies subsidize the hardware. If you look at another vertical, like the cable market, they rarely replace their hardware because they make their money on services.

Many products are put together in ways that taking them apart is problematic, and it is often cheaper to replace one of these products than to repair them. This problem is excruciating for appliances, where these laws are first focused. Even expensive appliances are too often put together in a way that doesn’t allow for maintenance and repair.

There is no reason that, with proper maintenance, an appliance couldn’t last for several decades as opposed to several years. I recall my grandmother’s washing machine, which she bought before I was born, working well into my teens.

But if you can repair something economically, it opens up the potential for a far more robust secondary market where people who want new things just because they are new trade in their old stuff for repair. This hardware is then updated and resold at a lower cost to others that can’t afford — or don’t want to spend more for — something brand new.

This trend should also change some other practices.

Electronics as a Service

In the IT market, there is a huge and growing trend we use three letters to describe. Those three letters are “AAS” for “As A Service.” When you move to a service model, hardware sales revenue becomes secondary. In fact, you may fully subsidize the hardware, depending on the model, to make the hardware accessible to you.

But this model forces the vendor to reconsider refresh cycles because the more often you refresh something, the more your costs go up, and your profit goes down.

This change in focus means vendors working on this “As A Service” model are motivated to repair rather than replace hardware and do as much of the updating centrally as possible.

In today’s world, that means services in the cloud, and with products like Virtual Windows and Dell’s new Hybrid PC platform coming to market. It won’t be long until we see the “As A Service” model being applied more broadly.

Things should get better as this market evolves and vendors realize that fast hardware churn isn’t sustainable for them, or us, and that the future is in service models.

With service models, the incentives to create more robust products that don’t need to be replaced are much higher. The cost of your desktop hardware should get far lower, not just because it is subsidized, but because most of the performance will come from centralized cloud resources rather than the hardware on your desktop.

Ironically, we are looking at a future world not too different from the pre-PC era when we had mainframes and terminals. But the mainframe has been replaced by cloud services. The desktop hardware would be replaced by something more similar to the Windows Virtual PC eventually and Dell’s Hybrid Client effort initially.

One of the impacts I anticipate is the growth of custom cases for your hardware. If you are going to keep it for a decade, which means you’ll be increasing the cost of the case, you could also provide options so that people could upgrade and customize their cases to their taste. We used to do this with some cell phones. You may recall that Nokia was famous for providing custom cases for their phones you could buy at kiosks in shopping centers.

To make things fully repairable, it makes sense to make the core components more standardized, allowing you to buy your case for a distinctive look and still have your company pay for the services the laptop uses and the technology that goes into that case. From time to time, you may switch out the components, but you’ll only replace the trim on the case that is getting wear.

Vendors would make money on the case upgrades but still have a sustaining revenue stream from the service. This result could become the best of both worlds. They could build desks to take the hardware so you might not need a separate PC case at all; your PC would be embedded in your desk. This hardware would be potentially much better protected from the kinds of issues you have with desktop PCs on the floor (like getting filled up with dust) because it would be in everybody’s interest to keep that hardware operating.

Right now, only the most expensive appliances allow you to build them into your home. Still, if you can break them into components, in theory you could build any appliance level into a home. Rather than creating cost problems, such a build would more often create revenue opportunities.

I know many vendors are fighting this change, but there are considerable benefits to them. Right now, you may buy a laptop from Dell or HP one year, and Lenovo the next. Same with appliances, but with a service model, you are tied more tightly to the vendor, and the opportunity to switch vendors will be dramatically reduced. How often do you change cable or wired phone providers, for instance?

Unless this causes a market contraction, so you only end up, as we did, with cable and both wired and cell phone markets, the companies should remain more focused on their customers. This result is because those customers now represent a considerable annuity rather than a single sale. You don’t want consolidation because, without competition, the customers can’t move, and that will result in higher prices and lower satisfaction — like it often has in the markets I just referenced.

Whatever happens, I’d expect the tech market from appliances to smartphones to look a ton different by 2030 than it does today, and while most of our homes will have more tech, it will be far harder to see and far less likely to be something you find annoying.

I’ve been asked twice to be CEO of new companies building modular PCs. I didn’t take either job for two reasons. The first was that I had no desire to be a CEO, and the second was because the economics didn’t work. That is a shame because a modular PC is potentially more sustainable, more customizable, and more consistent with the PC as a service (PCaaS) model.

The Framework Laptop mainly focuses on the custom PC angle.

Still, I wish they had more computer case choices because status is one of the key drivers that can sustain the high price this modularity often causes. But, were this design implemented, it would be far more sustainable because you wouldn’t need to replace it if your needs change, upgrade it, and as technology advances, you would only need to replace the parts that had become obsolete.

With laptops increasingly using cell phone technology on a fast cadence, the ability to upgrade to things like 5G, Wi-Fi 6+, or the next number iteration can be done cheaply without tossing out, or relying on, the entire product.

For students, the product could start with a basic inexpensive configuration and then advance as the student advances to more capability to provide a far longer-term experience.

Also, secondary services like laptop case painting or wrapping become more viable because you can dismantle the system more efficiently to personalize the device with your unique statement. I used to have this done regularly, but I ended up replacing the PCs so quickly that the cost just wasn’t justified. Still, if I could keep the same PC for 5 to 10 years, then customization becomes far more practical and a viable path to refreshing the product without replacing it.

I think the Framework Laptop is a potential future for the way PCs will evolve once the 10-year rule applies to laptops, and this is my product of the week.