The Employee Heroes at HP: Making an Impossible Turnaround

It is very difficult to pull off a turnaround. This is because you typically start with a company that isunprofitable and lacking the resources to compete. You have employees who are still on the job only because they haven’t been able to find another one, and you’re selling products that few want to buy.

To successfully execute a turnaround, you need heroic employees who are willing to step up despite the problems and stay loyal despite the corporate trauma that surrounds them. Luckily, HP caught itself before it dropped into unprofitability, but it still began its turnaround with far more complex issues than Chrysler, IBM and Apple initially faced.

All of these companies shed distracting businesses before their turnaround could make progress. Chrysler exited planes and boats; IBM shed printing and its PC division; Apple shed printers and digital cameras.

HP remaining whole results in every key division being underfunded when compared to the competition. Even though the company remains profitable, its disadvantage remains similar to afirm that isn’t, because resources like marketing are spread very thinly. Despite all of this, HP is makingstrong progress, and I think this is due to the heroic efforts of a few key employees.

Since I’m writing this at the annual HP analyst event, I’ll cover the Heroes of HP this week and closewith my product of the week: the Sonos Playbar.

Typically the CEO gets credit for a turnaround, even though it is often someone else who does theheavy lifting (for instance Jerry York, in the case of IBM). What is amazing and uniquely different at HP is that Whitman isn’t taking the credit for the work she is doing. From the formal presentations, sheappears more like a typical outside CEO hire, heavy on rhetoric but light on business knowledge, largely relying on others for execution.

However, when you talk to the people at HP and look behind the curtain, you’ll find this couldn’t be farther from the truth. In fact, I think this is the first time I’ve ever seen a CEO who was understated rather than overhyped.

It is a refreshing change, particularly at HP. The prior three CEOs, Mark Hurd in particular, were presented as very capable and engaged during their term, but if you looked under the covers theopposite was true.

Carly Fiorina was more focused on promoting her image and getting into politics than doing the job. Mark Hurd seemed to be lost in his personal version of “who has the biggest man sausage” and his salary than doing the job. Leo Apotheker — well let’s just say he was a bad hire and leave it at that.

The stories that surround Whitman that aren’t being told externally are that she has engaged eachbusiness granularly. Her job is turning around HP — not maximizing her compensation or enhancingher image. In fact, on this last, she is resisting taking any credit until HP’s financial performance meetsher expectations.

Unlike others, she isn’t forcing out others that could do her job — she is making sure HP’s next top executive can come from inside. Unlike most CEOs, with IBM being the one huge exception, she is working to ensure that HP survives her, rather than just trying to find ways to optimize quarterly rests and increase her compensation at HP’s expense.

Unfortunately for our industry, this behavior is very unusual — existing only in some founding CEOs and at IBM. Because this is so rare and selfless, I think it also qualifies as heroic.

As I mentioned above, the critical resource during the IBM turnaround was Jerry York. At HP, I believe it is Tracy Keogh, EVP of HR. What makes her heroic is that unlike most HR heads, she’s managing HR not only as a compliance organization, but also as strategic resource.

Heavily metrics-driven, she has reinstituted the importance of the employee, a major part of the old HP way, into the new HP way. She is ensuring that executives develop needed breadth and that critical high-performing employees are identified, nurtured, mentored and retained. HP now has a very low employee turnover score — highly unusual during a turnaround.

In the 30 years I’ve been involved in tech, there have been only two times when I’ve gotten positivelyexcited about HR. The first time was when I covered ROLM’s Great Place to Work department, and thesecond was last week when I met with Tracy.

Most companies appear to take employees for granted and treat them as a resource that can be cost- reduced, outsourced, or used like a generic universal device good for any job, despite their training and background. If HP’s turnaround is successful, it will largely be due to Tracy’s efforts.

Of HP’s existing executives, Dave comes closest to the quintessential technology CEO. He is the guywho is positioned to compete with the most industry powerhouses, including Cisco, EMC, IBM andincreasingly Dell.

Three of these companies are segment leaders and in HP’s class as a company. They would be difficult to compete with individually, yet Donatelli is pulling it off collectively.

With projects like Moonshot, which is designed to change the cloud environment massively, to initiatives that are turning servers, storage and networking into software-defined flexible solutions, Donatelli isn’t content to chase the leaders and clearly isn’t treading water. He is moving strategically to change the direction of the market.

Donatelli clearly is disregarding that he is massively overmatched and recognizes that with fewerresources and more major competitors, the only way he can win is by changing the battleground to favor his technology and approach.

At last week’s event, HP showcased technology in early manufacturing that has the very real possibility of making most existing servers, storage and networking obsolete in four years.

Dave has a number of powerful generals under his leadership. The most overmatched is BethanyMayer, who is positioned against Cisco and networking. Cisco is massively dominant in the networkingspace, and because it scared the living daylights out of most of Meg Whitman’s predecessors, HP allowed networking to languish for years.

This was so pronounced that in HP labs, advanced networking research into optical switching had to be done by secretly borrowing budgets from other projects to buy research hardware from bankrupt companies.

If I could remember the name of the researcher who did this, he’d be listed as one of the greatest technology heroes of all time because he risked his job to do the right thing. As a result, HP has a chance of taking the market from Cisco as optical switches come to market en masse.

HP is now No. 2 behind Cisco in the market, and together they have more market share than the next five competitors combined. Under Bethany, HP has executed the kind of software-defined network strategy that often surrounds Cisco switches and, unknown to Cisco, eliminates its power-critical accounts.

Because the switches aren’t initially eliminated, Cisco doesn’t know it needs to respond to the threat and doesn’t yet realize they have been made obsolete.

You don’t see this kind of strategic brilliance often, which is why Bethany stands out among peerswho are also doing some amazing things.

Wrapping Up: Heroes as a Problem

When you need heroes, you have a problem. Companies that are at their peak performance don’t needor even want them. However, when a company is in trouble — and HP is — heroes are critical to the firm’s ability to recover.

Last week, I met an amazing number of heroes, which not only points to the very real problems at HP, but also to the company’s likely salvation. Here is a virtual standing ovation for every one of them.

Product of the Week: Sonos Playbar

Speaking of heroic companies, there is one company I follow that executes at an Apple level but is largely unsung. It leads its segment in quality, customer loyalty, and ease of use because it focuses likea laser on doing just one thing: allowing you to easily listen to the entertainment you want in any andall rooms in the house. 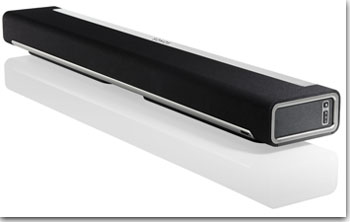 It is the only technology my wife, who isn’t typically a big fan of tech, raves about — other than her iPhone, iPad and Kindles.

The new Sonos Playbar brings Sonos into the TV world, allowing you not only to shift music into another room without needing another set of speakers, but move the TV sound around the house so you can still listen to it while you do housework or deal with rampaging kids or pets.

As with all things, Sonos sound is brilliant. While not cheap, at around US$650, the product is in line with other high-end TV soundbars and actually cheaper than many of them.

Sonos is one of my all-time favorite companies, and I never doubted that as soon as it shipped, the Sonos Playbar would be my product of the week.