The Deadly Side of Social Media

My perception of social media changed a lot last week. I went from thinking of it as a sometimes helpful annoyance to a deadly hazard run by criminally negligent executives. Nearly getting kicked to death as a result of a Facebook post will do that to a person, I know that now firsthand.

What happened was pretty nasty and could have been lethal, so I’ve spent some time thinking through what I did wrong and could have done better. Let me tell you my story and perhaps you can learn from my mistake — which was largely not recognizing the threat until way too late.

I’ll close with my product of the week, a wonderful new phone from BlackBerry that the company should have led with when it launched new OS.

I’m supposed to be a smart guy, but I didn’t feel very smart as I lay on the ground in fetal position being kicked by a number of teenagers — particularly since I should have known better.

Here is what happened. The big house next to our home is about 5,000 square feet and rather spectacular. It was originally built for the mistress of one of Silicon Valley’s iconic CEOs. It is now for sale, and the owners, who have moved out of the country, asked us to keep an eye on it. Apparently some kids figured out that no one was home, and they put out a notice on Facebook for a Halloween Rave there. Between 140 and 200 people showed up.

The difficulty was that there was a big birthday party going on across the street, and we initially thought that the ravers were part of that party. Once we figured out our mistake, we called 911 — twice — and the Santa Clara Sheriff’s department showed up in force and broke up the party. The realtor who was managing the house decided against filing charges, so the kids were released even though they had done some damage. So far so good.

However, the Facebook notice was still up and it was still early, so after the sheriffs left, kids kept arriving — between 40 and 60 — and started collecting at the end of the street. My wife and I went to check on another house we were watching for a neighbor to make sure it hadn’t been broken into, and on the way back we stopped to talk to the realtor’s partner in front of the rave house.

Three Hispanic kids walked up the street and attempted to enter the house and the partner, who was clearly upset, moved to intercept. This escalated rapidly, and one of the kids struck the partner driving his glasses into his face and opening up a rather gruesome and rapidly bleeding wound. I intervened to fend off the other two teens, who were ganging up on the partner. As I grabbed them, the third guy blindsided me, and I got knocked to the ground where all three played soccer with my body.

At this moment, I’m not a huge fan of social media in general and Facebook in particular.

What I Thought I Couldn’t Do

Now one of my big problems was that these were Hispanic teens. Any one of them was smaller than I am, but two, or particularly three, at once are not manageable. Yet I believed hitting or hurting them was not an option.

Repercussions could range from family, friends, or just a misinformed stranger retaliating with a weapon to a backlash by the Hispanic community with allegations of racism. These things were in my head while I moved to engage — but I could have been killed, and alive is generally better than all of those listed alternatives.

What I Should Have Done

This was a potential mob situation, and while I felt that I needed to step in and help the partner, I could have ended up sharing his fate. There are two textbook responses in this kind of a situation: Attack the leader, doing as much damage as violently as possible and potentially scaring off the others (this doesn’t always work); or running to get help or become armed — in this case I was close to my own home, and the door was open. A third option would have been to call the police, but that would have made me a standing target.

Still, all were better than what I did, which was fill both hands with shirt leaving me open to an attack from the side.

My real mistake was not recognizing the threat and calling the police back sooner. The mob forming at the end of the street was a problem and potentially the more lethal one. Had they moved on me when the three kids attacked — when I was immobile and unable to defend myself on the ground — there is no doubt you’d be reading a sad story about another adult death this week rather than my admission I did something stupid.

Finally, I should have taken pictures of the kids when it was clear they were approaching the house and again as they began to become belligerent. I had a Nokia 1020 on me, and it has a wonderful camera. However, by the time I realized I needed to take pictures I didn’t have the time to unlock the phone and take them. (Note to Microsoft: Please restore the wonderful one-button picture feature. At the very least, it would have led to a story on how the phone kept me from a beating or caused my attackers to get caught).

The best advice for dealing with mobs is to avoid them like the plague. Realize that if you see someone getting beaten to death it will likely be up to you to prevent it — virtually everyone else will assume someone else will help (there have been studies done on this). But help smart: Call the police, take pictures, and even if you are a good fighter (and I’m not), three or more people are simply too many (you aren’t Bruce Lee).

If you do get into it, go balls out, however. To make the “take the leader” thing work, your adversaries have to really see you as almost insanely violent. I watched one 12-year-old kid with an anger problem successfully hold off three large college football players because, well, he was crazy. Running works only if you run early or if you are one hell of a runner and there is someplace close by to run into — otherwise, they’ll run you down, and tired you’ll die fast.

Learn from my lesson, and if you have kids, warn them about these raves. It is only a matter of time before someone tries one where a neighbor or an owner has a gun, or one of the kids shows up armed. You don’t want your child to be a statistic, nor do you want to be liable for the damages (you likely will be).

Given social media firms should be able to prevent this kind of thing — they have the data after all — I doubt it will be long before one finds their lack of being proactive with these things incredibly expensive. If you are an attorney and want to take this on pro bono, I’m your guy.

On the positive side I’m exercising again — I’ve found my motivation. Surprising how almost getting the life kicked out of you will change your priorities.

This is the phone that BlackBerry should have released with its new OS. Its first phone was too close to iPhone specs and its second, which had a keyboard, sacrificed screen size to get it. However, the BlackBerry Z30 has a beautifully large 5-inch OMLED low-power screen, and it just makes BlackBerry 10 scream. It comes with 16 GB but has an SD slot so you can cheaply increase to 64 GBs. It is surrounded by an array of microphones, so you can put it in the center of a table and use it as a real conference phone. 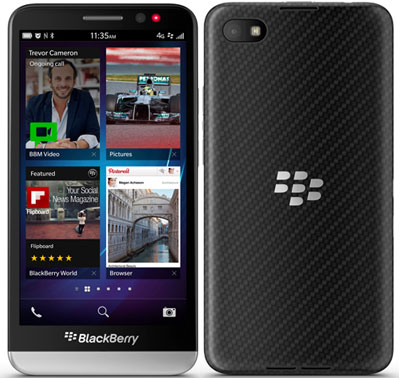 It complies with the Verizon inductive charging specification, so you can use a generic Verizon inductive charger. It has days of battery life — not hours — so it will work when other phones are long since dead. It has a unique antenna (BlackBerry bought the company), which almost freaked out the FCC, as it is so much more powerful than any other phone. You get fewer dropped calls, and it implements BBM so that if you are browsing the Web you can respond without leaving the Web page.

Basically, it takes the three biggest concerns surrounding most smartphones — not enough battery, not secure enough, and lousy reception — and knocks them out of the park. This is a phone against which every other phone should now be measured, and as a result, the BlackBerry Z30 in my product of the week (and I’m just happy I’m still alive to say that).