Sometimes, it takes something drastic to change a business’ behavior. Standard procedures can remain in place long after they’ve become detrimental to the business, but sometimes it takes a tipping point to drive home the fact that failing to change is the surest way to fail.

For example, the Ford Pinto’s easily ruptured fuel tank could have been remedied with design changes that ranged in price from US$11 to about $5 down to just $1. Cheap, right?

Mother Jones magazine uncovered Ford memos that showed the automaker’s in-house experts had calculated the value of a human life at $200,000, while a serious burn was worth about $67,000. Estimating that about 180 deaths and 180 injuries would come to court, the bean counters placed the cost of paying off the victims at $49 million, while fixing the car would have cost $137 million. Therefore, the Pinto remained unchanged — and that failure to change was justified by a financial number.

Justified, that is, until lawsuits from people burned in rear-end collisions began to reach the press. The judgments and settlements ran into the hundreds of millions of dollars, and Ford was charged, tried and eventually acquitted of reckless homicide.

The PR was devastating — saving money on the Pinto was pointless when no one was buying the car anymore. It was discontinued in 1980.

The Cost of Change

There’s the tipping point: The pain of doing nothing forced a recall, a redesign and improved safety standards. The cost of not changing ultimately far exceeded the cost of change and threatened to destroy what was one of America’s largest companies.

Hopefully, your business isn’t making such life-and-death calculations — but the health of your company depends on your ability to surmount the same kind of thinking that cost Ford customers their lives.

Eighty-nine percent of businesses now believe that customer experience will be their primary basis for competition,a study by Gartner revealed.

Those numbers are impressive, but, as a customer, are you getting the sense that those companies are doing a very good job of competing on experience? The odds are not good. Six in10 companies reported a drop in customer satisfaction in 2015, evidence that the experiences they’re delivering aren’t meeting customer expectations, according to theAmerican Customer Satisfaction Index.

That is a very bad sign for those businesses. A full 70 percent of buying experiences are based on how customers feel they are being treated,according to McKinsey.

As a result, many customers are packing up and leaving the companies they’ve long depended on. In 2015, 52 percent of customers switched providers (including retailers, banks, and cable and satellite TV providers) based simply on poor service,Accenture said. Sixty-eight percent of customers will not return to sellers they’ve switched from. Saddest of all, 80 percent of those switchers said the company they defected from could have done something to prevent them from leaving — but did not.

So what’s going on here? Why is customer experience spoken of so highly in the boardroom and then executed so poorly everywhere else?

Part of it is the idea that customer experience is someone else’s job — it belongs to marketing or customer service or some discrete part of the organization that “owns” it.

That idea flies in the face of reality:Customer service is everyone’s job. That starts at the top with the executive board, which must be fully invested in the concept, and those executives not only need to communicate the importance of customer experience to their various departments but make the resources available so employees can have an effect on the customer experience.

What will that take? The arrival of a tipping point — not one that causes the death of a customer (as in Ford’s case), but one that could telegraph the potential death of your business. It is a tipping point you need to anticipate; if it comes in the form of revenues that are flatlining and customers who are defecting, the data shows that it’s probably too late.

Instead, your warning should come in the form of customer feedback, from either a designed feedback program integrated into your sales and support processes or some mechanism in your organization that allows customer-facing employees to report what customers are telling them about their experiences. Without creating these virtual listening posts, there’s no way to understand how customer expectations are evolving, how your current practices affect customers’ satisfaction with their experiences, and what you might do to make their experiences better.

Implementing changes to enhance the customer experience takes time and can cost money. It forces businesses to stop doing what they find comfortable and adopt new processes. They may have to regroup, reassess and retool their organizations — but the cost of doing so ultimately will pay off, for the company and for the customer.

Under the Shadow of Steve Jobs: Why Trump May Be Unbeatable 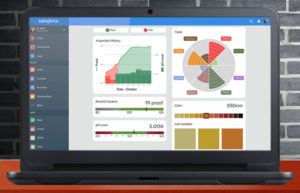