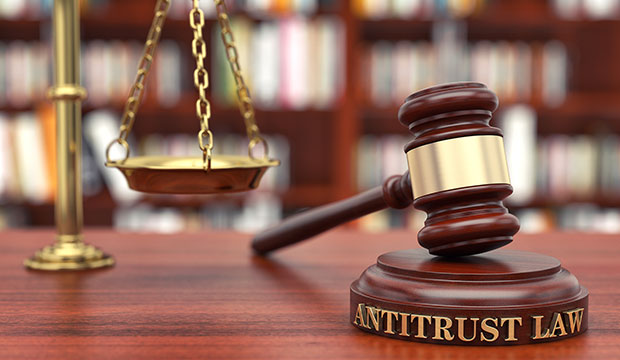 CEOs of three of the five “Big Tech” firms — Facebook, Twitter, and Google’s parent company Alphabet — are expected to testify Oct. 28 at a Senate hearing on their control over hate speech and misinformation.

The Big Tech companies, which also include Amazon and Apple, have largely done what they want over the years, arousing consumer anger and distrust, and numerous complaints by privacy and consumer rights groups. That includes cocking a snook at governments.

They essentially dominate their respective markets, and Google and Facebook are also seen as being able to manipulate the news.

Facebook recently threatened to block news sharing in Australia over a law demanding it (and Google) share revenues with local publications. Google had threatened to kill Google News in Europe if the EU went ahead with a tax on displaying news from local publishers, but it eventually backed down.

Last month, Facebook reportedly threatened to pull out of Europe over the EU’s ban on data sharing with the U.S. However, the company later denied it would do so.

While all these Big Tech firms have been hit with multimillion-dollar fines at one time or another, the United States Federal Trade Commission last year hit Facebook with a record fine of US$5 billion for violating a consent order the company signed with the Commission in 2012 on consumer privacy.

Many argue that’s a drop in the bucket for companies that rake in billions of dollars annually. For the three months ending June 30 this year, Amazon’s sales were more nearly $89 billion; Google’s revenues exceeded $38 billion; Facebook’s more than $18 billion; and Apple’s record June quarter revenue was almost $60 billion.

“The technology industry has largely developed free from any significant federal regulation,” stated a 2019 legal sidebar from the Congressional Research Service on the legal implications of regulating Big Tech.

All five Big Tech firms “play a critical role in today’s marketplace and in society at large,” the sidebar noted. However, “There are no omnibus federal laws akin to the Communications Act or the Federal Aviation Act governing the industry as a whole. Instead, the Internet has largely operated under a system of self-governance.”

Other criticisms leveled against the Big Five in the sidebar include allowing or promoting the proliferation of false or harmful content; and their collection and handling of user data which “may not comport with many users’ privacy expectations”.

Both Twitter and Facebook have repeatedly come under fire for allowing trolls and disseminators of fake news on their sites.

The concern of consumers, privacy rights groups and other organizations over the power of Amazon, Apple, Facebook and Google are well founded, the House Judiciary Committee concluded on Sept. 4.

This followed a one-year investigation into competition in digital markets by the Subcommittee on Antitrust, Commercial and Administrative Law. The probe focused on Facebook, Google, Amazon and Twitter.

Facebook, Google, Apple and Twitter each serve as a gatekeeper over a key channel of distribution, which lets them pick winners and losers throughout the economy, the House Judiciary Committee’s report said.

“They not only wield tremendous power, but they also abuse it by charging exorbitant fees, imposing oppressive contract terms, and extracting valuable data from the people and businesses that rely on them,” the report noted.

“Second, each platform uses its gatekeeper position to maintain its market power. By controlling the infrastructure of the digital age, they have surveilled other businesses to identify potential rivals, and have ultimately bought out, copied, or cut off their competitive threats.

“And, finally, these firms have abused their role as intermediaries to further entrench and expand their dominance. Whether through self-preferencing, predatory pricing, or exclusionary conduct, the dominant platforms have exploited their power in order to become even more dominant.”

The dominant platforms “have misappropriated the data of third parties that rely on their platforms, effectively collecting information from customers only to weaponize it against them as rivals,” the House Judiciary Committee report stated.

For example, Google “used the Android operating system to closely track usage trends and growth patterns of third-party apps — near-perfect market intelligence [it] can use to gain an edge over those same apps,” and Facebook “used its platform tools to identify and then acquire fast-growing third-party apps, thwarting competitive threats at key moments,” the report said.

Amazon has been accused of identifying which third-party products sold well on its platform when developing private-label merchandise.

Sygic is a GPS navigation company that offers a mobile app which competes with Apple’s and Google’s GPS and map apps.The company’s founder and executive chairman Michael Stencl accused Apple and Google of crushing his firm by including GPS and mapping applications with their mobile operating systems, then clamping down on Sygic.

Apple and Google “decided to impede their competitors by means of new license terms every year,” Stencl wrote. “As monopolies, they could update the terms whenever they needed to, with only two options for publishers: Agree or face ejection from the [app] stores.”

The two repeatedly change their policies, and “have become judge, jury and executioner, acting more like God than other companies,” Stencl wrote, calling for their regulation.

“Google, Amazon, Facebook and Apple pose an extreme and growing threat to our democracy, to our liberties, and to America’s system of competitive capitalism,” said Barry Lynn, executive director at the Open Markets Institute, a team of lawyers, journalists, researchers and advocates working against corporate monopolies.

The House Judiciary Committee recommended U.S. antitrust laws be updated “to ensure that our economy remains vibrant and open in the digital age.”

Congress must also ensure that the antitrust agencies aggressively and fairly enforce the law, it said. “Over the course of the investigation, the Subcommittee uncovered evidence that the antitrust agencies failed, at key occasions, to stop monopolists from rolling up their competitors and failed to protect the American people from abuses of monopoly power. Forceful agency action is critical.”

Finally, Congress “must revive its tradition of robust oversight over the antitrust laws and increased market concentration in our economy,” the Committee urged.

The report recommends Congress use structural separation and line of business restrictions to rein in Big Tech.

Structural separation prevents a company from operating in markets that see it competing with companies dependent on its infrastructure, while line of business restrictions limit the markets in which a dominant firm can engage.

“Digital markets have certain characteristics — such as network effects, switching costs, and other entry barriers — that make them prone to tipping in favor of a single dominant firm,” the Judiciary Committee report stated. “As a result, these markets are no longer contestable by new entrants, and the competitive process shifts from “competition in the market to competition for the market. This dynamic is particularly evident in the social networking market.”

Interoperability “is fundamental to the open Internet,” the report said. It should exist among social networking platforms so competitors could interconnect to the dominant players, ensuring users can communicate across services and not lose access to their network when they switch to a new one. Interoperability would also let new entrants leverage existing network effects at the level of the market and not be hampered by their level.

Reactions to the Report

One is to recognize the tremendous benefits large firms bring to the economy; the second is to focus on consumer welfare; and the third is to recognize that American technology companies compete globally and handicapping them will slow growth and lower living standards.

However, Jessica Melugin, associate director of the Center for Technology and Innovation at Competitive Enterprise Institute, remarked that the Judiciary Committee’s report “seems to ignore the central tenet of U.S. antitrust law: consumer harm.”

While the report “frets over the interests of competitors to Amazon, Apple, Facebook and Google, it takes for granted and puts at risk the huge benefits these firms have given consumers, especially during the COVID-19 quarantine,” she argued.

“We can most likely overhaul and update existing laws rather than have to establish new laws,” Dr. Richard Smith, CEO of non-profit research organization The Foundation for the Study of Cycles, told TechNewsWorld. “There is a long history of antitrust legislation in the United States.”

Regulating Big Tech is challenging for two reasons, Smith said. One is the “ludicrous” speed of technological advance.

“The exponential growth rates of today’s technology have created a winner-take-all economy where, once technology-based moats are established, they grow exponentially and the cost of competing against established moat-owners becomes prohibitive,” Smith explained.

Regulation “is not impossible but it’s going to take longer to establish effective regulation because of the extended period of time that regulation has been avoided,” Smith noted. “Best to get started now because Big Tech gets more powerful every day.”

Adapting existing antitrust laws to govern Big Tech “requires a tremendous amount of technological know-how and most of the people with that know-how are paid millions of dollars by the tech companies themselves,” Smith observed. “It’s tough to regulate an industry when it’s hard to understand what they really do.”

Big Tech companies may try to work around attempts at regulation. They are “very likely anticipating regulation and probably even being forced to break up parts of their business, which is part of what’s driving them to begin to establish new headquarters in other parts of the country,” Smith pointed out.