Take a Nano Pill and Call Google in the Morning? 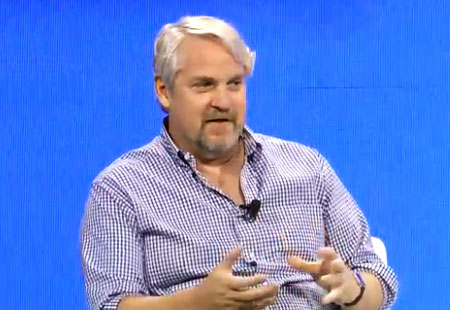 Google is in the early stages of developing a nanoparticle-covered pill to detect cancer and other serious health problems such as heart disease, according to Andrew Conrad, head of the life sciences team at Google X, who revealed the project last week at The Wall Street Journal’s WSJDLive conference.

The pill would work in tandem with a wearable magnetic device worn by the patient; the device would guide the pill to different parts of the body and collect data that could reveal the person’s potential for developing a variety of health problems.

“The idea is to functionalize these nanoparticles to make them do what we want,” Conrad said.

There’s considerable interest in the project, although it’s in the early stages, with a time line of five years or more.

“It would be an advantage over invasive methods or less specific means of diagnostics,” she told TechNewsWorld.

“Since specific ligands can be added to the surface of these magnetic — or optical — particles, specific cells can be targeted,” Richards explained, including cancer cells, cancer-related biomarkers and lesions on organs.

From the patient’s perspective, such a pill could lead to a radical change — for the better — from the current methods available, said Edward R. Flynn, chief scientific officer at Senior Scientific.

Finding and treating cancer possibly could be done without the use of radiation, for example.

“It would be done internally, with a pill, and without the use of invasive and expensive medical instruments,” Flynn told TechNewsWorld.

Such a pill could lead to the discovery and development of therapies for a variety of illnesses and conditions, he added. “The medical implications are enormous.”

Besides any humanitarian impulses behind the decision to develop such a pill, there are many other reasons that could explain Google’s interest in undertaking this project. Chief among them is likely revenue, said Robert Epstein, senior research psychologist at the American Institute for Behavioral Research and Technology.

“Ninety-seven percent of the company’s income comes from targeted advertising, and Google is constantly looking for new ways of collecting information about people that can be turned to more ad revenue,” he told TechNewsWorld.

“That’s why they’re struggling to create a self-driving car, and it’s also why they’ve invested a fortune into maintaining and expanding DNA repositories,” Epstein maintained.

Google founder Eric Schmidt has been very clear about this, he said.

“The ultimate source of information about people is the information they themselves don’t yet know,” Epstein remarked. “The company wants to be able to predict the problems and needs people will have in the future — medical and otherwise.”

Google has been apprehensive about the healthcare arena due to regulatory issues in the past, noted Robb Hecht, adjunct professor of marketing at Baruch College.

The company likely is viewing this pill differently, though, he told TechNewsWorld. “It would position the company into a true front-end preventative care solution for physicians and the healthcare industry at large.”

Its introduction does have a clear downside for Google, Hecht added. “The company will have to deal with the reputational consequences if the pill technology misses cancer/heart attack risk in patients.”