T-Mobile last week announced Smartphone Equality, a new credit program aimed at existing T-mobile customers with less-than-sterling credit who have paid their wireless bill on time for 12 straight months. Under the new plan, this group qualifies for the best pricing and offers on devices and tablets available to T-Mobile customers — including those with the best credit ratings.

T-Mobile positioned the offer as a pushback against the industry practice of basing such offers on the consumer’s credit score.

“Last year, the carriers spent billions advertising deals and plans that half of Americans can’t get when signing up for wireless service. That’s complete BS,” said John Legere, president and CEO of T-Mobile. “Beginning now, your relationship with us counts more than your credit score, which means absolutely everyone can get the hottest smartphones at the best prices.”

There is a certain logic to what T-Mobile is doing with this move, despite the apparent risk of giving expensive devices with no money down — per one T-Mobile offer — to people with spotty credit.

The recession hurt a lot of people who are now getting back on their feet, said David Johnson, principal of Strategic Vision.

“These are people who otherwise might have opted for Verizon or AT&T as a carrier but couldn’t pass the credit check or are annoyed at the higher prices they must pay,” he told CRM Buyer.

These people are probably safe risks for T-Mobile, as they have been paying their bills for the last twelve months, he continued. “Best of all from T-Mobile’s perspective, they will probably stick with T-Mobile even after their credit improves, out of brand loyalty.”

Many of T-Mobile’s users are younger people who either have poor credit or perhaps none at all because they are just starting out, noted Jeff Kagan, an independent telecom analyst.

“This is not necessarily going to make T-Mobile more attractive to another segment of the market, but that is not the point,” he told CRM Buyer. “It has always been focused on the customer that doesn’t care about quality as much as he or she does about price.”

It does appear that T-Mobile is positioning itself to attract more users in this category in the years to come, however.

The United States ranks a “miserable 13th in the world” in terms of smartphone penetration, Kagan noted, behind such countries as Australia, Ireland, Israel and Saudi Arabia.

More than 100 million adults in the U.S. don’t have a smartphone, according to data from Pew Research and the U.S. Census Bureau, he added. “That’s 100 million too many.”

T-Mobile wants to be seen as the mobile carrier for the people — or the “Uncarrier,” as it calls itself. Over the past few years, the company has rolled out a number of policies and initiatives aimed at customers who sharply watch their dollars and cents.

“All of the steps and initiatives T-Mobile has been taking,” said Johnson, “have been to reinforce itself as a brand that puts its customers first.” 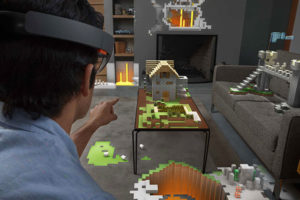 Gadget Ogling: A Microsoft Marvel, an Eensy Keyboard and an Ingenious Desk