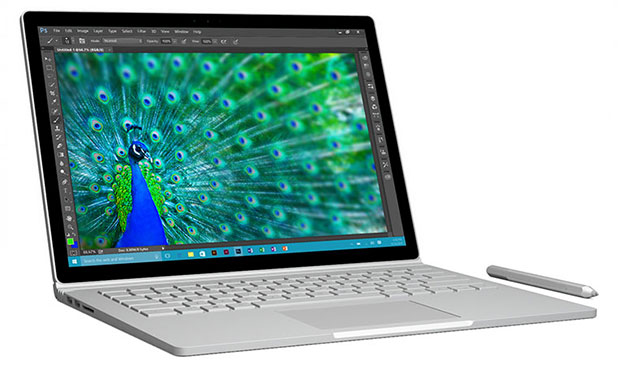 Many reviewers have responded to the preproduction version of Microsoft’s Surface Book the way an average Joe would view a top-of-the-line luxury car: The features are great, but the price is daunting.

“Overall, we recommend it, especially to people who value performance, design and battery life above all else, and are willing to pay dearly for it,” remarked Dana Wollman in her Engadget review.

“There’s no way around it: The Surface Book is expensive,” Gordon Mah Ung wrote for PC World.

The Surface Book starts at US$1,500. Whether that’s value for your money depends on what you are looking for.

“The question is, are the price point and the looks designed to penetrate the marketplace Apple’s a player in?” mused Susan Schreiner, an analyst at C4 Trends.

“Apple’s in the premium-priced products market. This is the first time Microsoft is taking that kind of approach, and I think it’s either doing this to go into the premium market or to show what can be done,” she told TechNewsWorld, “and is looking to have its OEMs come up with an equally good lower-priced product.”

Based on our review sample, these are the Surface Book’s strong points: design and construction, screen, pen input, keyboard, battery life and performance speed.

Weaknesses: When freed from the docking base, its battery life is too short. Also, the hinge doesn’t work when the Book runs out of juice.

The Skylake 15 W processors “are great for day-to-day tasks, and the GPU only puts it further ahead of most Ultrabooks,” he wrote. “Having a full 15 W core processor in a 7.7 mm chassis is fairly impressive, especially since you almost never hear the fans kick in.”

Results in gaming-focused tests, such as 3DMark’s Sky Driver benchmark, indicate the Surface Book wasn’t built for gamers, Engadget’s Wollman remarked. Titles ran at an average of around 30 frames per second, which is “playable, but it was slow enough that I decided against running additional benchmarks that simulated an even more graphically intensive game.” Further, games were one of the few things to “really make the fans start whining.”

The GPU in the Surface Book “does not put it in contention with an 8-pound, 17-inch gaming laptop or even a mid-range, 5-pound laptop,” PC World’s Ung said, but “Counter-Strike: Global Operations, DotA, League of Legends and StarCraft II are not a problem.” The Surface Book “will give you twice the performance of integrated graphics in those games and more.”

The Surface Book has won some favorable comparisons to the MacBook Pro.

The 13-inch MacBook Pro with Retina Display starts at $1,300 and weighs 3.4 pounds. Neither it nor the 15-inch version has a touchscreen.

“This is exactly what Microsoft needs to provide leaderships on Windows tablets as a counterweight to Apple,” said Eric Smith, a senior analyst at Strategy Analytics.

“The end goal must be to cannibalize as much laptop demand with 2-in-1 tablets as possible before the demand shifts to Apple, or to Android or Chrome devices,” he told TechNewsWorld.

“This is a long-haul game for Microsoft to gain market share,” Smith observed.

“If Microsoft can actually take on and beat Apple’s MacBook products, it will have done something very few vendors have attempted and even fewer have achieved,” said Charles King, principal analyst at Pund-IT.

The Surface Book is Microsoft’s bid to fully explore and drive the capabilities of the Windows OS, he told TechNewsWorld. “If it succeeds, it could do Microsoft’s public image a lot of good.”