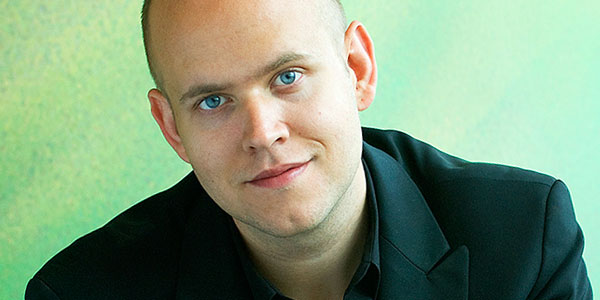 “Let me be crystal clear here: If you don’t want to share this kind of information, you don’t have to,” Ek wrote in his apology.

“We will ask for your express permission before accessing any of this data — and we will only use it for specific purposes that will allow you to customize your Spotify experience,” he added.

In light of Ek’s apology and explanation, the debate now appears focused on whether the brouhaha was justified, or if Spotify’s critics profoundly overreacted.

With permission, Spotify may collect information stored on mobile devices, such as a user’s contacts and photos.

A lack of clarity over what Spotify might ask permission to do and what it might do without asking permission no doubt led to the outrage.

It’s Not OK if We’re Paying

“At the core of the problem is that this is a music service that a lot of people actually pay for,” said Rob Enderle, principal analyst at the Enderle Group.

“You might expect this from a free social media app, but, with a service you pay for, your expectation of privacy is far higher,” he told TechNewsWorld. “You don’t expect to be mined for any of this, and it could — in fact, likely will — drive customers to other services.”

Spotify’s data gathering would be like “my CD store selling information captured about me on their cameras while I was in the store,” Enderle remarked.

“When you sign up for a lot of these online sites, they ask if you want to sign in through your Facebook or LinkedIn account, and they will then access your contacts because they’re looking to capture additional information,” noted Susan Schreiner, an analyst at C4 Trends.

“Am I the only one who does not feel offended by the new Spotify privacy policy?” asked Kostas Livieratos. “It just serves a better experience, wtf people?”

“BTW, if we know each other and you’ve got my contact info in your phone, I expect you to delete my info or uninstall Spotify, your choice,” wrote Eleanor Saitta.

“New Spotify privacy policy is an utter disgrace. I won’t recommend service again — and I have many times until now,” said Glyn Moody.

“If you value your privacy, drop Spotify,” suggested Rebecca Mickley.

Ek’s apology is “not even close,” Enderle said.

Spotify should offer “an opt-in backed up by solid customer benefits,” he suggested.

“It remains to be seen how his apology actually translates — the devil is in the details,” Schreiner told TechNewsWorld.

“The way to roll out a new privacy policy is to communicate it very clearly and emphasize how the uses of the app or service have many choices to set their privacy settings,” said Angela McIntyre, a research director at Gartner.

They could learn from Facebook, which “now sends messages to users to remind them to update their privacy policy settings and other apps,” she told TechNewsWorld. That would “get you off on the right foot from the start.”