SpaceX Dragon to Soar to Launch History on Falcon’s Wings 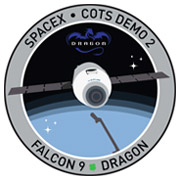 When the SpaceX Dragon capsule blasts off from Cape Canaveral Air Force Station atop the company’s Falcon rocket Saturday morning, it will be doing more than just setting off on another cargo-laden trip to the International Space Station. 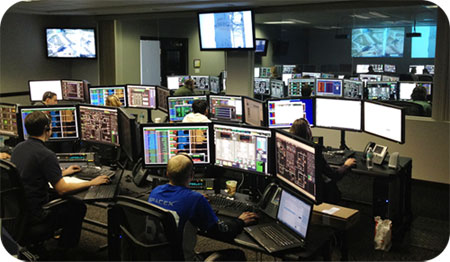 Rather, as the very first commercial attempt ever to fly to the ISS, this test launch will be making history.

“It’s almost like the lead-up to Apollo, in my mind,” said Mike Horkachuck, NASA’s project executive for SpaceX. “You had Mercury, then you had Gemini, and eventually you had Apollo.

“This would be similar in the sense that we’re not going to the moon or anything as spectacular as that, but we are in the beginnings of commercializing space,” Horkachuck added. “This may be the Mercury equivalent to eventually flying crew and then eventually leading to, in the long run, passenger travel in space.”

Space Exploration Technologies, or SpaceX, has been working under NASA’s Commercial Orbital Transportation Services program (COTS) for the past six years to design, test and fly new cargo vehicles suitable for travel to the ISS.

Now that the United States Space Shuttle has ended, NASA is looking to commercial companies to take over that service.

In late 2010, SpaceX completed a test flight proving that it could launch, orbit and recover its 18-foot-tall Dragon spacecraft using its Falcon 9 rocket.

Now, this upcoming mission — currently scheduled for liftoff at 4:55 a.m. EDT on May 19 — is designed to show that Dragon can rendezvous and berth with the International Space Station, where plans call for it to remain for about 18 days.

Some 1,200 pounds of cargo will ride along on the unmanned demonstration trip, including 162 meals for the ISS crew, an assortment of commemorative patches and pins, and a collection of student experiments.

Unlike other cargo vehicles that resupply the ISS, the SpaceX craft is designed to return to Earth safely instead of burning up in the atmosphere.

Accordingly, more than 1,400 pounds of used scientific and spacewalking gear are scheduled to be brought back on the mission’s return trip, which does not yet have a scheduled date.

The reusable Dragon spacecraft will land in the Pacific ocean just a few hundred miles west of Southern California. Recovery will be conducted using a 185-foot working barge equipped with a crane, along with an 80-foot crew boat and two 25-foot rigid-hull inflatable boats.

“This is an exciting time at SpaceX,” spokesperson Kirstin Brost Grantham told TechNewsWorld.

“It is an incredibly difficult mission, but we will gain valuable information necessary to ensure successful future missions,” she added. “We’d like to make history, but if we don’t, the next mission is just around the corner. We will not give up.”

Indeed, as a very public test, the mission’s success is far from guaranteed.

‘Failures Are Part of This’

“Only the builders of vehicles like this can know the thrill and terror of a major launch of this sort,” said Randa Milliron, CEO and cofounder of Interorbital Systems, which develops and manufactures orbital launch vehicles and satellites.

Interorbital has created a modular rocket system that uses storable propellants rather than cryogenic ones such as are used in SpaceX’s Falcon, Milliron told TechNewsWorld.

“People always expect perfection immediately, and that’s not always the case in the rocket world,” she explained. “We wish them the best, but there’s always a chance something can go wrong.”

Should that happen, however, “people shouldn’t think it’s the end of the company,” Milliron pointed out. “Failures are part of this.”

As for successes, “that’s what champagne is for,” she added.

Just 10 minutes after launch, Dragon will reach its preliminary orbit. There it will deploy its solar arrays and begin a complicated series of engine firings to reach the ISS.

Among the many systems being tested along the way are the vehicle’s global positioning technology as well as its “free drift” capabilities — allowing the spacecraft to float freely with all of its thrusters inhibited — and its abort capability, to ensure it could move away from the station if necessary.

“I think it’s important to appreciate that this is fairly tricky; we are hitting a target within a few inches while it moves over 17,000 mph,” noted SpaceX founder Elon Musk following a Flight Readiness Review earlier this year.

Tricky it may be, but the trip is ultimately a sort of exam for the vehicle to help determine whether it’s capable of conducting regularly scheduled supply runs to the ISS. Later this year, in fact, SpaceX’s Falcon 9 rocket and Dragon capsule are scheduled to begin doing just that under a $1.6 billion contract with NASA for a minimum of 12 missions.

SpaceX is now working to develop what it says will be the world’s first fully reusable launch vehicle; eventually, the aim is to transport humans as well.

“There is no doubt that this launch is historic, in being the first time that a privately developed launch vehicle will be attempting such a feat,” Mario Livio, a senior astrophysicist with the Space Telescope Science Institute, told TechNewsWorld.

“SpaceX is the current leader in private launch enterprises, and it may become a supplier to future space science programs,” Livio added.

“In this sense, this is a very important test,” he concluded. “I hope very much that it will be successful.”

Plenty of Nail-Biting Moments Ahead for SpaceX Mission