Sowing the Seeds of CRM Adoption

When people ask me what I write about, I say “CRM,” but I could just as easily say Iwrite about adoption. Adoption failure is the arch-enemy of CRM, the great CRMinvestment-waster, the adversary to those who want to organize, rationalize andeconomize their customer data and how it’s handled.

We’ve known this for years, and yet as an industry we’re still combating resistance to the use of CRM. There are about 15 million CRM licenses soldworldwide; how many of them are actually being used? That’s a terrifying questionand one probably best left unanswered — unless you have licenses going unused inyour business.

At some point, if you’re in charge of your company’s CRM program,you will probably be asked to explain why you’re spending money on software thatis not just unused but is actively disdained by the people who are supposed to use it.

Hopefully, you won’t get to that point — or if you do, the discussion serves as acatalyst to update and modernize your CRM application. We can talk until we’reblue in the face about the users as the causes of CRM failure — in fact, I’ve written in the past about ways to sell skeptical sales staffers on the value of CRM. But they’re only part of the problem — and if you as a manager make bad decisions early in the CRM selection process, even the most enthusiastic salesperson may join the ranks of the skeptical CRM non-users.

To avoid sowing the seeds of poor adoption, managers need to look at CRM throughthe eyes of the user. Here are a quartet of things to think about as you examine CRMapplications during the decision process — or, even later, as you look at ways toupdate your existing CRM system.

This is an obvious one: Does the interface make life easy for the user, or does it turnsimple tasks into never-ending clickfests that alienate users?

At a conference last year, one attendee cornered me and asked why several ofthe large players in CRM had such awful interfaces. The answer was a perfectlyhuman one: CRM applications were designed primarily by people who were good atbuilding databases. They were not designed by salespeople, marketers or customersupport agents; they were designed by people guessing at what those roles needed.

Over time, those basic interface designs have been layered with new features, andseveral vendors have articulated the view that workers should learn to “live withinthe interface” for more and more of their jobs. However, CRM is becoming a toolfor an increasing variety of roles in the business. At a certain point, one-size-fits-allmeans one-size-fits-none.

Look for an application with a streamlined interface — preferably one that userscan adapt to reflect what’s important for their role. They should be able to do thiswithout IT’s intervention. The more control users have over how information isdisplayed, the more likely it is that they will enter data as well — and the morelikely that they will grasp the value CRM has for their job.

No. 2: Who Was the Application Designed For?

The oft-stated goal of providing a 360-degree view of customers and completevisibility into the pipeline sounds great for managers. If you’re a salesperson or aservice agent, however, you’re mostly concerned with the customer who’s right infront of you at the moment.

Most CRM applications are designed for managers and emphasize reporting,dashboards and other management-oriented tools while missing out on extendingtheir value down to the users. It makes sense — the managers are the people whomake the buying decisions. But, again, think like a user: Why should I invest effort infueling a tool for my boss if I get nothing out of it?

Instead, look for CRM applications that are designed with the front-line user as thetarget audience, not the managers. This is where it makes sense to get some of thosefront-line users involved in the decision-making process; they’ll be able to spotthings — good and bad — that a manager may overlook.

The reporting tools are certainly important, but you need to realize that withoutwidespread adoption, those reporting tools will only provide a partial view intowhat’s going on in your business and a potentially misleading representation ofyour customers’ behavior. Dashboards without data are pretty screens — and prettyuseless, too

No. 3: How Well Does It Integrate?

It’s likely your customer-facing workers already use other applications: Theymay interface with the ERP system, a lead management application or marketingautomation system already in place. If you’re really into the technology, theremay be a host of sales-related applications already at work for territory andcompensation management, for example.

If your CRM application does not integrate seamlessly with these systems, it’s thewrong application. When you ask your employees to become the bridge from theseapplications to CRM, you’re just begging them to skip out on CRM usage. That leavesimportant data siloed — even within departments — and wastes the opportunity thatdata represents.

Some vendors are creating ecosystems of proprietary applications; they may workwell together but leave customers at the vendor’s mercy for pricing. Adoptingthem may require you to abandon applications you’ve already paid for and whichare working as advertised.

A CRM application well attuned to integration allows youto use complementary applications that are best for your business circumstances –and should circumstances change, you can make changes.

No. 4: Does It Work the Way Your Workers Work?

The forward-looking version of this question should be this: Does the CRMapplication allow your employees as good an experience on mobile devicesand tablets as it does on their desktop or laptop?

Mobile used to seem like a neat option to CRM vendors — an add-on, a bonus feature,something they could generate revenue from by selling it as an extra. That isn’t theway it is any more. I like the analogy of seat belts in cars: They were options you paidextra for until the late 1960s, when it occurred to people that it was no longer smartto drive without them.

Make sure your CRM application has a robust mobile capability — because yourusers are coming to expect it, too. Also, apply Nos. 1-3 above to your mobile CRM solution. The deficiencies that derail CRM adoption in the office are the same ones that wreck adoption on mobile devices. 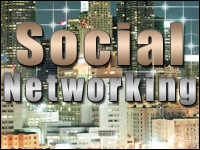 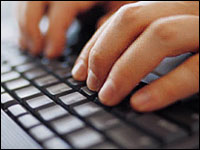