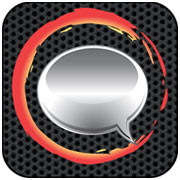 Silent Text is available for free in the Google Play Store; monthly charges begin at US$9.95. The Tibetan government, law firms in Thailand and human rights groups in Sudan are all using a relatively new encrypted communications tool — one that fits easily, if not cheaply, onto your smartphone. 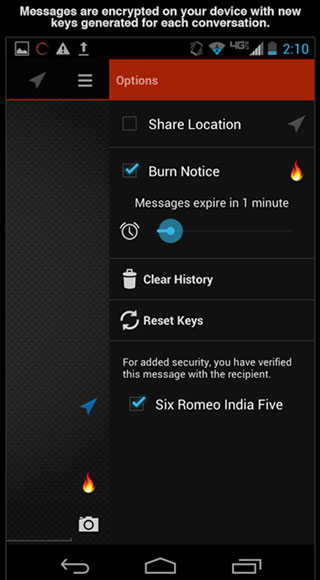 Silent Circle is an encrypted voice, video, text and file-transfer protocol that’s available in app forms for Android devices, among others.

The voice or phone app uses the ZRTP key agreement protocol designed by the creator of PGP, or Pretty Good Privacy — a guy called Phil Zimmermann who is widely regarded as the father of encrypted communication tools.

Silent Text, the text app for Android that I’ve been looking at out of interest, uses a ZRTP-like proprietary instant messaging system over the Jabber XMPP instant message transport. Features include encrypted message attachments, a burn function with time delay that deletes the texts from sender and receiver devices, and encrypted geotagging for sharing locations.

A particularly powerful feature, technically, is that keys are located on the devices, within the apps, rather than on a server. That means that the potential for third-party interference is reduced. New encryption keys are generated for each conversation.

There’s no charge for the app, which is available in the Google Play store, but monthly fees add up quickly.

A desktop version of Silent Circle that includes voice and video functionality — but not text — is priced at $69.95 yearly.

Those basic packages don’t let you make and receive calls to or from any phone number in the U.S., Canada or Puerto Rico using the Silent Phone app or the Silent Phone desktop. To do that, you need to add a monthly $23.95 for Out-Circle Access as well.

I skipped the call-any-number option and bought the $9.95-a-month mobile package.

That’s where I ran into problems. Essentially, if you want to communicate with Silent Text and Silent Phone, you’ll need your buddies to be signed up too. I couldn’t find anyone to communicate with. Silent Circle reckons it has 17 of the Fortune 50 as customers, but I guess I just don’t know those folks.

In any case, this app — along with Virtual Private Networks, or VPNs, that create tunnels through the Internet — are functional tools in certain environments, such as for avoiding corporate espionage; oppressive government regimes; situations where nosy private investigators are looking for dirt in non- no-fault divorce countries; developing countries where banking is performed via SMS; and regions where law-firm hacking is allowed.

You could probably add celebrity privacy to the list too. Silent Circle says 65 percent of its customer base is outside North America.

I’d also make the point that as electronic data becomes a free-for-all-for good and bad, basic anonymity in itself, for normals, is not something to be discounted.

More obviously, there are plenty of countries where insensitive conversations can get you in plenty of trouble, and this app may well assist in creating neutral platforms for free speech where the global oppressed can say and do what they want without fear of censorship.

They’d just better have a credit card to pay for it.

BiiSafe Buddy Puts Caution on Your Side