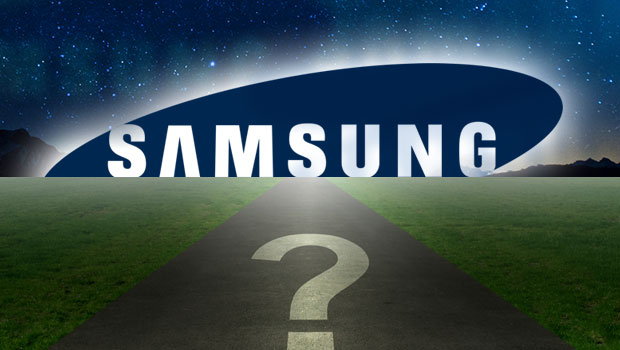 Samsung plans to launch a foldable-screen smartphone early next year, according to a Wall Street Journal report, possibly priced at US$1,500.

The company was making progress on the foldable phone, DJ Koh, CEO of Samsung’s mobile division, told Cnet at the Galaxy S9 launch earlier this year.

Samsung displayed the foldable smartphone, known as the “Galaxy X,” at CES 2018 in private meetings with potential customers, and it plans to begin production in November, according to The Investor, an English business publication based in South Korea.

Samsung’s foldable phone will resemble a book, with the main display inside the covers, said Ken Hyers, director of the emerging device strategies service at Strategy Analytics. The exterior will have a smaller notification display on the front, and a camera, or cameras, on the back.

The main display will have a 7.3-inch screen, he told TechNewsWorld. The foldable smartphone may have a 3,000 mAh battery or larger, because “the larger display will drive higher power consumption, meaning that a bigger battery would be better.”

However, the combination of a very large display along with the other components necessary to make a folding smartphone, as well as the need for effective heat dissipation, “means that there’s little room left for a +3,000 mAh battery” if the device were standard-sized, Hyers noted.

The foldable form factor “means the overall device will be larger, even when folded, than a standard smartphone. Future versions will undoubtedly have larger batteries,” he said.

“I’ve just been traveling in Asia talking to smartphone vendors and suppliers about foldable display technology,” Hyers said, adding that he had “99 percent confidence” that Samsung will launch the foldable smartphone as expected, “barring some last minute technology snafu that limits yield.”

The device likely will be released in Q1, Hyers said. “Early talk was that CES 2019 (in January) would see its launch, but the Mobile World Congress in February is looking more likely.”

Bumps in the Road

If delays should occur, they might be due to production problems such as low yield or quality issues during stress testing or software platform implementation, suggested Gerritt Schneemann, senior research analyst at IHS Markit.

“There will need to be some changes to the interface to address the changing form factor,” he told TechNewsWorld. “This was one of the main problems with the ZTE Axon M. Unlike ZTE, Samsung has enough scale to get developers interested — potentially.”

Ensuring quality and reliability for the display, batteries and other components will be major hurdles, Schneemann noted. Also, the software experience has to match.

The foldable Samsung smartphone will run Android, he said. “If the experience is essentially an Android tablet software port, I think users will be dissatisfied.”

The first versions “will have issues that make them more niche than mainstream,” predicted Rob Enderle, principal analyst at the Enderle Group.

“A lot of stuff needs to get resolved — battery life, durability of the screen, and how well the device morphs between smartphone and tablet modes,” he told TechNewsWorld.

These issues indicate that it will “take a few years to mature this offering,” Enderle said.

The unsubsidized retail price of the foldable device will be “at least $2,200,” Hyers suggested. However, “suppliers and our own bill of materials analysis put an upper limit of $2,500 retail.”

Initial unit volumes will be “fairly low,” he said, “but once production ramps up into the millions in 2020, the price will come down as carriers introduce subsidies in order to drive volume.”

Pricing will be “a huge issue,” Hyers acknowledged, “but, given the small volumes initially available, it will sell out.”

Other vendors — including Huawei and possibly LG and Oppo — will launch their own foldable devices in 2H 2019, said Hyers, but Samsung “will have first-mover advantage.” Their volumes “will be much smaller than Samsung’s [because] Samsung has a near monopoly on the display technology at this time.”

Apple “is unlikely to introduce its own foldable smartphone until at least 2020, and possibly 2021,” he predicted, because it won’t do so until display volumes “are high enough to support a global model launch.” Fewer than 1 million foldable display smartphones will be shipped in 2019.

“There is a race to be first to market with a foldable display,” IHS’ Schneemann noted. However, “success will likely be defined differently than with a traditional handset. A success for Samsung could be to launch the device successfully without major quality issues, setting up a differentiated form factor for the future.”

Foldable phones would be “better for videos and generally better for reading” because of their larger main screen, Enderle said. They would offer “far more flexibility,” but the trade-offs would be on weight, thickness, cost, battery life and durability.

Foldables “will serve as a replacement for tablets and potentially laptops,” Strategy Analytics’ Hyers suggested. “For me, most flagship smartphones with displays of 6 inches or more are too large to comfortably fit in a pocket, but I still want the large display.”

He currently travels with a laptop, a second display, a couple of smartphones and a tablet, and a foldable smartphone “would allow me to ditch the tablet.” In the future, as Samsung’s DeX pad solution gets better, “I might be able to ditch the laptop too.”

Also, the larger form factor “will allow other changes in the device, such as adding neurotrophic chips for on-device AI, more powerful GPUs and other technologies,” Hyers said, along with “demonstrating the potential of 5G networks.”

Service providers will need to subsidize the foldable phones, he said. “Given that these devices, with their larger screens, will drive higher data use through increased video consumption and gaming, operators will be more willing to do so as they will drive higher tariffs.”